Gordon Gekko, the villain you love to hate in the 1987 movie Wall Street, is a ruthless trader who nonetheless imparts some useful investment advice. Director Oliver Stone co-wrote the screenplay; Stone learned about the investment world from his stockbroker father and it shows in the script’s savvy.

At one point, Gekko says of greedy investors who don’t do their homework: “They’re sheep, and sheep get slaughtered.”

An exceptionally high dividend should set off your alarm and prompt a deeper dive into the financials. When looking for dividend stocks, it’s tempting to gravitate towards securities with the highest yields. This is not always the smartest strategy; there’s more to a worthwhile dividend stock than just a high yield.

Which brings me to venerable carmaker Ford (NYSE: F). With a market cap of $33.4 billion, Ford is a global vehicle-making powerhouse and an American corporate icon. Ford’s dividend yield is a juicy 7.13%. Looks appealing, right? Especially so, when you realize that the average dividend yield of the S&P 500 currently hovers at 1.96%.

Well, it begs the question: just how safe is Ford’s payout?

A “dividend trap” is when investors hungry for yield are suckered into a high dividend yield, only to eventually discover that the underlying company is deeply troubled. That’s when the dividend gets slashed or eliminated and unsuspecting investors get slaughtered.

Let’s take a closer look at Ford’s high dividend and see whether it’s a candidate for the knife. 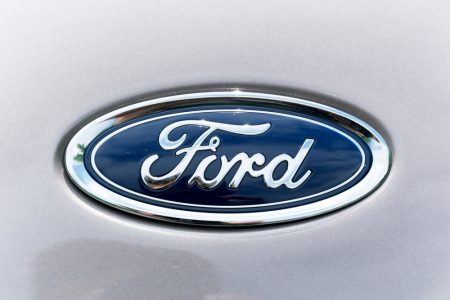 Yes. Dividends are distributions of company earnings to shareholders. They’re a “reward” to people who hang on to the company stock. Typically, dividends are approved by the board of directors. Shareholders also have a say.

What Is Ford’s Dividend?

The annualized payout is $0.60, paid quarterly.

Read This Story: What Is a Dividend? (A Simple Guide)

Ford went public in 1956 and the stock is a common fixture in retirement portfolios.

What Is Ford’s Dividend History?

Ford started paying its dividend again in 2012, after eliminating it in 2006 due to hard times. Since then, the company has consistently increased its dividend annually.

What Is Ford’s Dividend Yield?

Ford’s dividend yield is 7.13%, which has put the stock on the radar screens of many income investors.

You can calculate the dividend yield yourself. Just divide the annual dividend by the share price. However, the yield changes every day with the stock price. Although it usually won’t move much, it’s best to check the latest data.

When Is Ford’s Dividend Payout Date(s)?

Will Ford’s Dividend Increase In 2019?

That remains to be seen. Ford has been under the same macroeconomic pressures that afflict its rivals in the car business, including sputtering global sales, as well as rising anxieties and costs over the trade war. Regardless, the dividend is not under threat of getting cut or eliminated.

This huge car maker has $23 billion in total cash in hand and it’s incorporating technological advancements that should boost earnings and revenue, and shore up the long-term viability of the dividend.

Ford is the sixth-biggest carmaker in the world by annual unit sales (about 6.25 million in 2018). The following chart, compiled with data from research firm Statista, shows Ford’s vehicle sales in 2018, by the top 10 major countries (in 1,000 units). 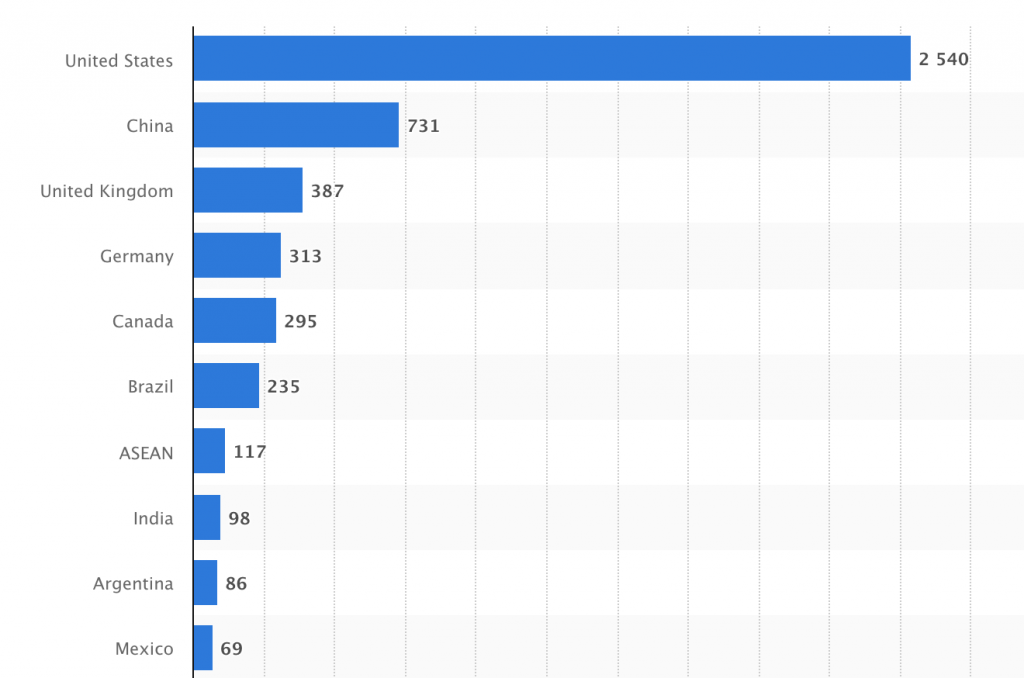 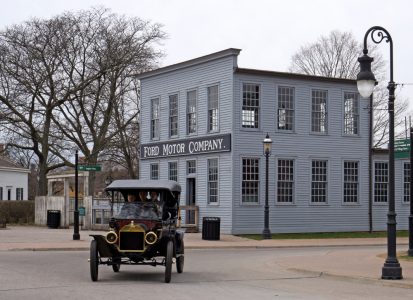 Dividends are paid from a company’s cash flow. Free cash flow indicates to investors the actual amount of cash a company has left from operations to pay for dividends, among other items, after paying for salaries, marketing, administrative costs, research and development, and other overhead.

Consequently, event-driven declines in price can boost the yield. That’s when you need to decide if the fall in price offers an opportune entry point or if it’s a warning to shun the stock. If the balance sheet and fundamentals remain sound, a spike downward in price could be an opportunity to scoop up a high dividend stock while it’s on the bargain shelf.

Over the last 12 months, Ford stock has declined 21.5%, compared to a decline of 1.5% for the S&P 500. Slowing global growth and softening consumer spending, as well as tougher competition, have been weighing on Ford’s shares. However, the company is making strategic moves that should bear fruit in 2019 and beyond.

Ford is focusing on gasoline/electric hybrids, such as its Fusion and C-Max models. These models are gaining market share and they’re proving quite popular with consumers who want a foot in both gas- and electric-powered worlds.

Whether they’re operating in electric mode, gas mode or a combination of both, these vehicles optimize efficiency. And simplicity. The plug-in hybrid vehicles can be recharged in under three hours using a 240-volt outlet. When you drive a Ford hybrid or plug-in hybrid, you’ll still stop at gas stations. (But maybe just for coffee.)

Mainstream automakers are trying to get in front of the booming EV trend. At the same time, driver-less cars and ride-sharing services are expected to rack up explosive growth in coming years, as the technology becomes ever-more practical.

The Detroit giants are trying to co-opt these trends. Ford operates Chariot, a crowd-sourced shuttle service, and expects to launch 13 EV models by 2020. Ford also plans to invest $1 billion over the next five years in Argo, a tech firm that’s developing artificial intelligence-based software for self-driving vehicles.

Vehicle demand should hold steady in 2019. Economic growth is flagging but it still remains modestly on track.

The auto industry has come a long way since the 2008-2009 financial crisis and Great Recession, when the Big Three automakers of Ford, GM and Chrysler asked the U.S. government for financial assistance to stay afloat.

Uncle Sam’s $80.7 billion bailout of the auto industry lasted from December 2008 to December 2014. The balance sheets of the big carmakers are now sound and they’re poised for even greater profitability down the road.

When a company carries enormous debt, the dividend is at risk.

Ford does not labor under excessive debt. As stocks in a host of other sectors stumble amid geopolitical uncertainty and excessive valuations, auto stocks such as Ford still represent growth opportunities, at decent valuations to boot.

This video spotlights the safety of Ford’s dividend.

Ford gave birth to the auto industry with the Model T — indeed, Ford spawned the revolutionary concept of factory mass production — and it continues to be a top innovator.

Ford trades at a forward price-to-earnings ratio (FPE) of 6.2, roughly in line with its top rivals and a deep discount compared to the FPE of about 17.5 for the S&P 500. The average analyst expectation is for the company’s year-over-year earnings growth next year to reach 12.6%.

Henry Ford, the legendary captain of industry who founded the company in 1903, would have been proud of the company’s technological prowess in the 21st century. Investors can enjoy the stock’s combination of 1) strong and safe income; 2) bargain-priced valuation; and 3) healthy potential for capital appreciation. It’s a “trifecta” of investment virtues.