The late Steve Jobs once said that he wanted to “make a dent in the universe.” The legendary co-founder and former CEO of Apple (NSDQ: AAPL) certainly dinged the cosmos, by creating astonishing products that transformed our lives. In the process, he helped make a lot of people rich.

But investors tend to give Apple short shrift as an income play. That’s right, this growth technology stalwart also pays a decent and growing dividend.

Apple is the quintessential capitalist success story. It’s among the most prominently covered stocks in the financial media and represents one of the “As” in the much-discussed quintet of FAANG technology stocks.

Founded in 1976, Apple started as a tiny firm — the proverbial garage start-up. Apple went public in 1980 and today it’s one of the world’s most valuable public companies, with a market cap of $853 billion. A technology sector bellwether, Apple is a staple in many retirement portfolios.

But what if you’re hungry for yield? Should conservative income investors bite into Apple? Let’s find out. 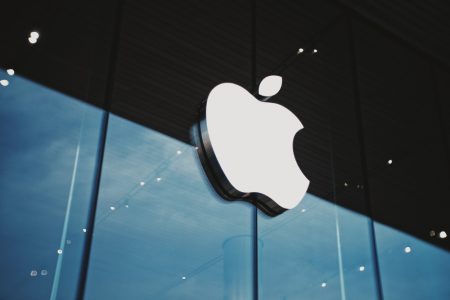 Yes. Dividends are distributions of company earnings to shareholders. They’re a “reward” to people who hang on to the company stock.

This video quickly provides the basics of dividend investing.

What Is Apple’s Dividend?

The annualized payout is $2.92, paid quarterly.

What Is Apple’s Dividend History?

Apple’s dividend has grown over the past six years. During the past four quarterly payouts, the dividend has remained stable (see table).

What Is Apple’s Dividend Yield?

When Is Apple’s Dividend Payout Date(s)?

Typically, dividends are approved by the board of directors. However, shareholders also have a say.

Will Apple’s Dividend Increase In 2019? 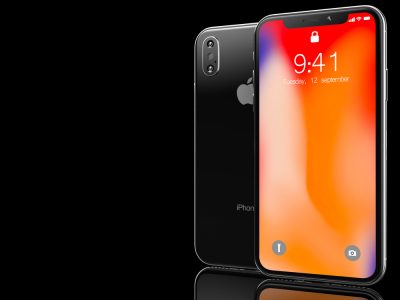 A confluence of favorable factors make it entirely likely that Apple will hike its dividend this year.

Apple dominates the U.S. smartphone market. According to Verto Analytics, Apple boasted 83.9 million smartphone devices in the U.S. market in 2018, versus 61.5 million for second-place Samsung Electronics (OTC: SSNLF). That gave Apple 45% of U.S. market share, compared to 33% for Samsung.

Apple gets about 63% of its total revenue from the sale of iPhones. However, Apple continues to diversify, which bodes well for future growth. The most exciting aspect of Apple is its services division — that is, iTunes, Apple Pay, etc.

Rather than relying on sales of products, Apple’s services division is built upon a base of nearly 600 million users on more than 1 million devices. According to investment bank Credit Suisse (NYSE: CS), the division’s revenue could double by 2020.

The company has two products, Apple Watch and Apple Pay, which are only beginning to make their mark on the stock. The e-payments market, currently dominated by PayPal (NSDQ: PYPL), reflects tremendous room for growth as more merchants begin accepting Apple Pay both online and in bricks-and-mortar shops.

Apple’s annual free cash flow for 2018 was $64.1 billion, up from $51.1 billion in 2017. It’s from free cash flow that dividends are paid. Apple also holds $86.4 billion in total cash (most recent quarter), a gigantic cash hoard that the company can use to buy back shares, make acquisitions, boost research and development (R&D), and yes, hike dividends.

Earnings growth is in the cards as well. The average analyst expectation is for Apple to rack up five-year earnings growth of 13%, on an annualized basis. 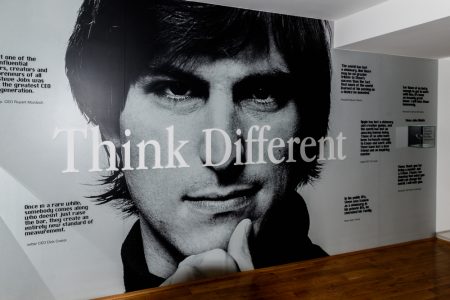 The cyclical nature of Apple’s consumer business fuels volatility with the stock. As the smartphone market becomes saturated, sales of Apple’s iPhone are slowing, especially in the company’s important market of China.

The U.S.-China trade war is a dilemma for Apple. In the fiscal year ended Sept. 2018, Apple generated 20% of its total revenue in Greater China. However, current trade headwinds won’t last forever.

Over the long haul the company has proven its financial mettle, with a strong balance sheet and growing revenue and earnings. For patient investors, the stock has been a stellar performer. As several other corporate icons struggle with debt woes, Apple is flush with cash.

Apple’s payout ratio is 24.8%, which is comparatively low for a dividend paying stock. That’s because Apple prefers to devote its massive cash flow toward R&D and internal investments that can keep it ahead of the competition. The low payout ratio, though, means there’s enormous room for dividend growth.

Apple management has come under pressure for not being generous enough with the dividend, but that may change in 2019. For starters, the company benefits from the U.S tax overhaul signed by President Trump in 2017.

The tax bill grants corporations significant tax cuts and allows cash hoards repatriated from overseas to get taxed domestically at a reduced rate. That’s a boon for Silicon Valley technology giants, such as Apple, that are parking a lot of cash overseas. Apple’s overseas cash amounted to $252.3 billion in 2018, the largest foreign-stashed cash pile of any U.S. corporation.

But Apple continues to get whipsawed by Wall Street’s fickle expectations. Apple in January posted mixed operating results for its first fiscal quarter, which fueled bearish sentiment. The company reported quarterly revenue of $84.3 billion, a decline of 5% from the year-ago quarter. But quarterly earnings per share came in at $4.18, an all-time high and a year-over-year increase of 7.5%. The company generated robust operating cash flow of $26.7 billion during the quarter.

The main culprit for Apple’s revenue decline in the first quarter was slowing global growth, especially in China, which is weighing on iPhone sales. Apple stock tumbled in the latter part of 2018, along with the rest of the tech sector, but AAPL shares have since recovered and they’re up 14.6% year to date, compared to a gain of 11.3% for the S&P 500.

Apple stock has a tendency to go through booms and busts, but the company remains home to scores of innovative engineers and marketers. The company’s pipeline is jammed full of new products awaiting launch. Over the long term, Apple should continue to prosper and reward investors.

Apple has endured recent bouts of turbulence, as investors rotate from momentum stocks to value plays, but it enjoys sufficient financial wherewithal to substantially hike its dividend this year, if it so chooses.

The stock’s forward price-to-earnings ratio (FPE) is 14.2, lower than the S&P 500’s FPE of 17.5 and a bargain compared to the excessive valuations sported by many of Apple’s tech peers. In my view, the bears are overly worried about demand in China, which was bound to take a breather.

Tech stocks have been booming largely because of increased IT spending among corporate clients, confident consumers who are gobbling up the latest gadgets, and the prospect of lower taxes.

Risk-averse income investors tend to shy away from the technology sector, because they perceive it as too risky and volatile. They remain traumatized by the dot.com crash of 2000-2002. However, the quickening pace of innovation is driving earnings growth and cash flow in the tech sector, prompting many tech blue chips to offer not only capital appreciation but healthy dividends as well.

If you want to retire comfortably, you need to build a multi-faceted portfolio that not only includes classic dividend payers (e.g. REITs, MLPs and utilities), but also stocks from other less obvious sectors that bestow dividend growth and the potential for capital appreciation. Contrary to popular misconception, the technology sector fits the bill on all counts.

Looking for both growth and income? Think Apple.