To begin my story about Microsoft (NSDQ: MSFT), it’s instructive to quote one of the dumbest statements ever made in the history of capitalism:

“There is no reason anyone would want a computer in their home.”

Those astonishingly obtuse remarks were uttered in 1977 by Ken Olson, founder of Digital Equipment Corp. (DEC). He was referring to the burgeoning personal computer industry and the ascendancy of its stocks.

As upstarts such as Apple (NSDQ: AAPL) soared, revolutionized society, and made billions of dollars, Olson never was able to re-position his once-mighty company, which made “minicomputers” for businesses. Over the years the floundering company’s assets were sold to various other companies, such as the now defunct Compaq. DEC merged with Hewlett Packard in 2002, which ceased to use the DEC name and eventually became HP (NYSE: HPQ).

When the dot.com bubble burst in 2000, the technology sector tanked and Microsoft seemed to face a bleak future. Microsoft founder Bill Gates resigned as CEO soon thereafter and installed Steve Ballmer to run the place. During his tenure, from 2000-2014, Ballmer’s mismanagement bred a toxic and complacent culture. Microsoft’s stock languished and analysts were dismissing the company as a has-been.

Fortunately, Ballmer resigned and was replaced by the visionary Satya Nadella.

Microsoft now stands as a success story in American reinvention. Nadella made Microsoft innovative again and brought the company back from the dead.

Nadella had the foresight to pivot the company away from installed software, which was experiencing flagging demand, and toward an online subscription model that generates recurring revenue.

Microsoft’s market cap currently hovers at $879.1 billion and the company has resumed its growth trajectory, by embracing cloud-based services and leading edge technologies such as the Internet of Things and artificial intelligence.

But here’s something that’s under-appreciated by many investors: Microsoft also is a dividend stock. Income investors tend to shun the tech sector because of its historically low dividends, as well as the perception that it’s too risky.

But for the tech sector, headwinds are brewing. Let’s examine the safety of Microsoft’s dividend and see if it belongs in your income portfolio.

What’s In This Guide 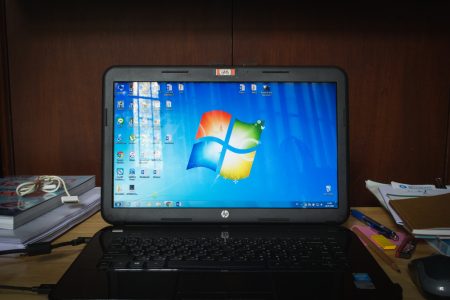 Yes, albeit a modest one. A dividend is a portion of a company’s profits that is distributed to shareholders as a way to compensate them for their investment. The most common type of dividend is a cash dividend, in which shareholders receive a lump sum for every share they hold in the company.

What Is Microsoft’s Dividend?

The annualized payout is $1.84, paid quarterly.

Dividends are usually paid on a quarterly basis after the company finalizes its financial reporting for the quarter. Some companies pay their dividends semi-annually, while others pay on a monthly basis.

The payment frequency, however, is of secondary importance. The greatest concern for dividend and income-oriented investors is the dividend yield.

What Is Microsoft’s Dividend History?

Microsoft’s dividend has grown over the past 15 years.

What Is Microsoft’s Dividend Yield?

When Is Microsoft’s Dividend Payout Date(s)?

Dividend payments are usually made in cash, but sometimes a company will pay a stock dividend that increases the number of shares held by investors.

Will Microsoft’s Dividend Increase In 2019? 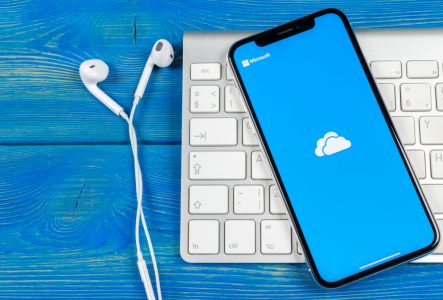 Microsoft’s fundamentals make it a stable dividend payer. Odds are good that MSFT will hike its payout this year.

In one of his first acts as CEO, Nadella wrote an email to employees with his new official mission statement: “To empower every person and every organization on the planet to achieve more.”

Nadella implemented what he calls a “mobile first, cloud first” strategy, which emphasizes the interconnectedness of various devices, particularly through the cloud.

In this video interview, Nadella describes the strategic repositioning that essentially saved the company.

The emergence of the cloud is among the biggest tech trends afoot today. By using data storage and IT capabilities that are centralized and located offsite, companies are able to greatly reduce their processing costs through efficient outsourcing. It’s a disruptive technology that has been a game changer in the fast-moving tech sector.

By virtue of Nadella’s aggressive foray into a recurring online subscription model, Microsoft’s revenue growth is more reliable and less subject to fluctuation.

This new subscription model makes up about a third of Microsoft’s annual revenues and is headed for 50% by 2022.

Also, by using the Azure product to shift into cloud-based services, Microsoft became a legitimate competitor to Amazon’s (NSDQ: AMZN) Amazon Web Services (AWS). Azure is now the unquestioned number two in the space and growing faster than AWS.

Microsoft’s financials and growth metrics are phenomenal. In the most recent quarter, Microsoft generated total revenues of $29 billion, representing year-over-year growth of 18%.

Broken down by business division, Productivity and Business Processes generated a third of those revenues, Intelligent Cloud put in 30%, and More Personal Computing offered 37%.

Even better, all three of these major divisions delivered substantial year-over-year growth rates (18%, 24%, and 15%, respectively).

Microsoft’s annual free cash flow for 2018 was $32.2 billion, up from $31.3 billion in 2017. It’s from free cash flow that dividends are paid. Microsoft also holds $127.6 billion in total cash (most recent quarter), a massive war chest that further buttresses the dividend.

The average analyst expectation is that Microsoft will rack up five-year earnings growth of more than 14%, on an annualized basis. Microsoft can justify a higher multiple relative to the broader market and its peers because it enjoys several potential and significant earnings growth catalysts in 2019 and beyond. These catalysts are atypical for a mature company of Microsoft’s immense size.

Will Microsoft’s Dividend Be Cut In 2019?

Headwinds against Microsoft and its peers include a projected economic slowdown in 2019. When the economy goes south, the tech sector feels the pain.

The economic recovery is getting long in the tooth and we’re overdue for a downturn. Many analysts are predicting a recession will occur either this year or in 2020. In addition, S&P 500 corporate earnings are expected to slow in the first quarter and interest rates are rising.

That’s the bear case, which I think is overstated.

Despite downbeat predictions for the economy, growth so far is holding up. The U.S. Commerce Department reported in late February that the U.S. economy grew by 2.9% in 2018, its best performance in three years. The latest inflation numbers indicate that price pressures remain under control, for now.

Meanwhile, Beijing officials project that China, the world’s growth engine, is on track for growth this year of between 6% and 6.5%, down from 6.6% last year but still nothing to sneeze at.

Regardless of future economic turbulence, Microsoft is better positioned than most of its mega-cap rivals to weather the storm.

Microsoft’s payout ratio is a healthy 43.3%. Not only is Microsoft’s dividend safe, but the stock is an appealing growth play. Over the past five years, Microsoft has gained 185.3%, the S&P 500 has gained 50.4%, and the benchmark Technology Select Sector SPDR Fund (XLK) has gained 99.2%. The top holding of XLK is Microsoft, at 17.9% of total assets.

Among the most attractive investment opportunities in today’s uncertain environment are cash-rich technology blue chips such as Microsoft. These Steady-Eddy stocks are plays on economic recovery, but their earnings momentum, robust cash flow and solid balance sheets should keep them on an even keel when the broader market stumbles.

And don’t kid yourself, the market will stumble at some point in 2019. Looking to add growth, income and ballast to your portfolio? Consider Microsoft, the “Lazarus” of tech stocks.