Automotive pioneers in early 20th century Detroit behaved a lot like Silicon Valley entrepreneurs today. They tinkered with exciting new technologies, regularly hopped from one company to the next, launched start-ups and spinoffs, and challenged the status quo. The cross-fertilization of ideas and products in the Motor City revolutionized society.

But during the 1980s, the flood of popular foreign imports, especially from Japan, caught Detroit flatfooted. The U.S. auto industry had grown complacent and was losing market share to nimbler competitors that emphasized smaller, more fuel efficient cars. The American-made gas guzzler that had defined our culture was suddenly out of fashion.

The federal government’s $80.7 billion bailout of the auto industry lasted from December 2008 to December 2014. Over the past five years, after incorporating the latest technological and design innovations, America’s big carmakers have rebounded.

You don’t need GM’s legendary auto designer Harley Earle, who brought us the tailfin, to get buyers into the showroom again. GM and its peers are embracing autonomous cars, electric vehicles (EV), fuel efficient EV/gas hybrids, and a host of other advancements that appeal to the new breed of pragmatic car buyer.

GM boasts another appeal: a healthy dividend. But how strong are GM’s growth prospects and how safe is the stock’s dividend? Has the company truly put its woes in the rear view mirror? To see if GM stock is suitable for your income portfolio, let’s look under the hood. 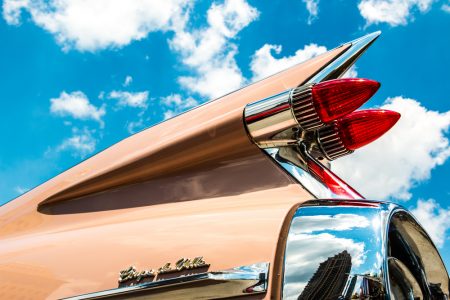 Yes. Dividends are distributions of company earnings to shareholders. They’re a “reward” to people who hang on to the company stock. Typically, dividends are approved by the board of directors. Shareholders also have a say.

What Is GM’s Dividend?

The annualized payout is $1.52, paid quarterly.

Read This Story: What Is a Dividend? (A Simple Guide)

GM sells trucks and cars to dealers for consumer retail sales, as well as to fleet customers, daily rental car companies, leasing companies, and governments. GM was founded in 1908 and is headquartered in Detroit, Michigan.

GM is the world’s fifth largest vehicle maker, by annual unit sales in 2018 (about 6.8 million).

What Is GM’s Dividend History?

During the past 3 years, the average dividends per share growth rate of GM stock was 3.30% per year.

GM’s dividend remained stable in 2018, as the chart shows.

What Is GM’s Dividend Yield?

You can calculate the dividend yield yourself. Just divide the annual dividend by the share price. However, the yield changes every day with the stock price. Although it usually won’t move much, it’s best to check the latest data.

When Is GM’s Dividend Payout Date(s)? 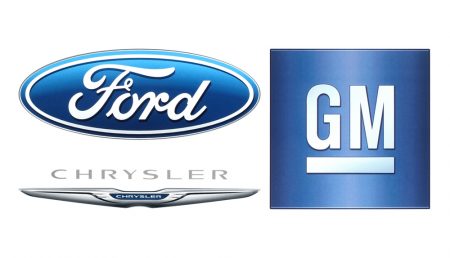 As I’ll demonstrate, it’s doubtful that General Motors has the financial wherewithal to boost its dividend.

General Motors has been under the same pressures that afflict Ford, Chrysler, and its other rivals in the car business, including sputtering global sales, as well as rising anxieties and costs over the trade war. Regardless, the dividend doesn’t appear to be under immediate threat of getting cut or eliminated.

GM has proven itself a survivor. The company boasts a storied history born during the early rise of America’s industrial might.

Probably not, but it’s not out of the question. Let’s give a hearing to the bear case against GM.

While the Detroit behemoths try to move more nimbly, they could be setting themselves up for expensive stumbles.

If history is any guide, these new tech-oriented divisions could become cash sinkholes that launch a lot of breathless press releases but few moneymaking products. Case in point: as they tried to respond to the threat from Japanese automakers in the 1980s, Detroit OEMs wasted billions of dollars on robotic systems that didn’t work properly and failed to stem the tide of imports.

In 2019 and beyond, the big car companies could make a lot of foolhardy acquisitions for overpriced technology darlings that eventually don’t pan out. Activist investors also could demand that the sexy tech divisions get sold or spun-off.

Aside from macroeconomic headwinds, GM is beset by singular weaknesses.

Dividends are paid from a company’s cash flow. Free cash flow indicates to investors the actual amount of cash a company has left from operations to pay for dividends, among other items, after paying for salaries, marketing, administrative costs, research and development, and other overhead.

Rival Ford’s dividend yield is higher at 7.13% and the company’s fundamentals are considerably stronger to boot.

To be fair, it’s possible for GM to regain its mojo in coming years. GM and other mainstream automakers are trying to get in front of the booming EV trend. At the same time, driver-less cars and ride-sharing services are expected to rack up explosive growth in coming years, as the technology becomes ever-more practical.

The Detroit giants are trying to co-opt these trends. GM is developing artificial intelligence-based software for self-driving vehicles.

In addition, GM bought a 9% stake in Lyft (a rival to Uber) and in 2016 paid $600 million for Cruise, an autonomous-vehicle firm based in San Francisco. GM’s OnStar division links 7 million drivers to data services such as voice-guided navigation. The Chevy Bolt, GM’s EV offering, now plies the roads.

Vehicle demand is slowing but should hold steady in 2019; it probably won’t fall off a cliff. Economic growth is flagging but remains modestly on track.

Problem is, GM carries a lot of debt that was incurred from its acquisitions and investments in new technology. Total cash on hand is $21.9 billion, which pales in comparison to total debt of $104.9 billion. The company’s total debt-to-equity ratio is a worrisome 245.3.

When a company carries enormous debt, the dividend is at risk.

The U.S. automobile industry is undergoing a genuine renaissance, but the identities of the ultimate winners and losers remain unclear. GM is back on its feet but its fundamentals are wobbly. If you’re looking for a safer and higher dividend, combined with exposure to the expanding auto sector, consider Ford instead.