For investors with long-time horizons who invest in companies with strong fundamentals, short-term fluctuations in stock price usually don’t mean much.

After all, if you buy and hold a stock for 10 years and it tripled in price, even if at some point during the holding period the stock had dropped 20%, it doesn’t really matter in the big picture. You still got back three times your original investment.

For investors with shorter time horizons, though, short-term volatility—ups and downs—can create buying and selling opportunities that could yield better returns than the buy-and-hold strategy.

Investors who invest in a stock and stay in it for the long haul usually focus on the fundamentals of the company. They expect quality will win out over time, and the stock will rise.

Investors who look for a quick profit care more about a stock’s recent price movement than about the quality of the underlying company. They often analyze charts to identify patterns that suggest buying or selling opportunities.

Two basic concepts they study are resistance and support.

To put it simply, resistance is a price level that acts as a ceiling for the stock. A stock may approach a certain price point at which demand dries up. Sellers and short sellers outnumber buyers, and the stock price falls.

A support level acts as a floor. As a stock falls, it reaches a certain point that attracts many buyers. At that same level, few market participants are willing to sell or short the stock. Buyers outnumber sellers and short sellers, and the stock price rises.

Sometimes, when a stock breaks through resistance, the former resistance level becomes the new support.

For a simplified example, consider this stock price chart of The Bank of New York Mellon (NYSE: BK). As you can see, the $45 mark has functioned both as resistance and as support over the past five years. 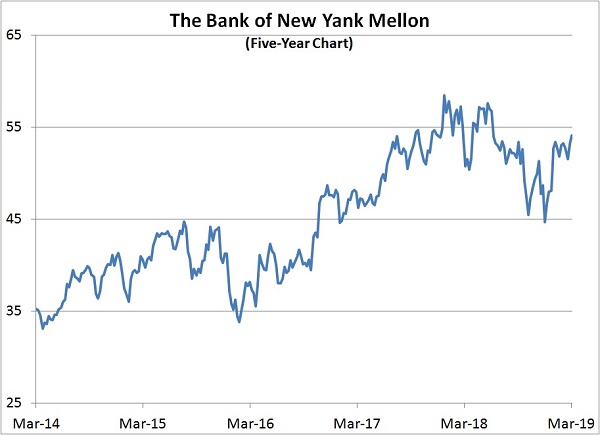 Of course, the ceiling and floor can act as a self-fulfilling prophecy.

Continuing the BK example, if traders view $45 as resistance and expect BK to pull back as it approaches $45, more and more will begin to sell or short the stock and fewer and fewer would be willing to buy. This action causes the stock price to fall and fulfills the expectation.

Therefore, it’s fair to say that understanding human psychology and human behavior is an important part of trading.

It isn’t until some catalyst attracts strong enough demand that the stock breaks through resistance—and holds—that the stock soars to new heights. It could be a great forward guidance, a favorable law change, or any kind of meaningful event to alter expectations about the company’s future. 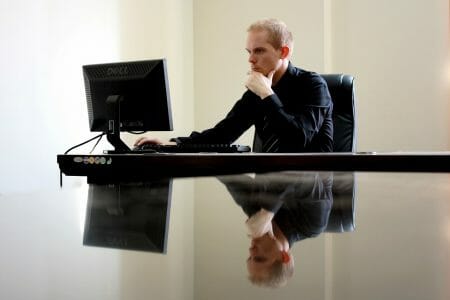 BK broke through the $45 level in late 2016. By early 2017, it re-approached the $45 level, but this time as support and it held, affirming that $45 was the new floor. And the stock took off to new heights. During the rough fourth quarter last year, BK retested support twice and held both times.

Volume—the number of shares traded—can be a useful indicator when studying resistance and support levels. Seasoned traders use changes in volume to infer the strength of a trend. For example, increasing volume as a stock approaches its resistance suggests a higher likelihood of it breaking through than if the stock was rallying on low volume.

I’ve talked about resistance and support levels in very basic terms as an introduction. Professional traders typically use sophisticated technical analysis to identify trades that have a high probability of profit. My colleague Jim Fink has developed his own system that greatly increases the probability of success.

Jim Fink is chief investment strategist of Options for Income and Velocity Trader. Jim has generated enormous wealth for his followers and he’s now making you this eye-opening promise:

Jim first launched his top-tier trading service Velocity Trader by making that bold assertion and he has already followed through. Jim has developed a proprietary trading system that makes huge gains, whether the market is going up, down or sideways.

Want to get in on the action? Click here now for details.