The Hidden Downside of Inverse ETFs

During the selloff at the end of 2018, I heard from some readers who asked if it was 2008 all over again. It’s clear that even though the Financial Crisis is 10 years behind us, many investors still feel an uneasy knot in their stomachs when it comes to the stock market.

It’s hard to blame them. 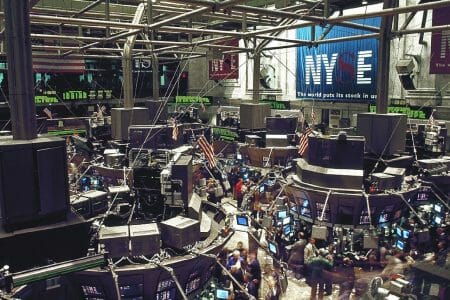 Especially for retirees with a good chunk of their savings tied up in stocks, another market collapse would be a disaster.

There are no guarantees when it comes to investing. No matter how much research you do beforehand, anytime you invest in a stock, you are taking a risk that you could lose money. Still you do it because more often than not, quality stocks rise in value over time.

Generally, when the economy starts to show signs of slowing down, it makes sense to adjust your portfolio to be a little more defensive.

You should carefully think about what investments to use for protection, though. Sometimes, an investment that seems like a no-brainer as a hedge may not be as simple as it may appear.

Opposite of The Benchmark

One of the most popular inverse ETFs today is the ProShares Short S&P 500 (SH), which tracks the large-cap index S&P 500. As the fund’s mission statement states: SH “seeks a return that is -1x the return of its underlying benchmark (target) for a single day, as measured from one NAV calculation to the next.”

Since SH is designed to go up when the S&P 500 market index goes down, you would think that it would make a perfect hedge.

But in reality it’s not so straight forward.

In certain circumstances, it does make sense to purchase SH rather than, say, directly shorting the S&P 500.

If you are trading in an Individual Retirement Account (IRA), you won’t be able to short sell. Also, short selling carries the theoretical potential for unlimited loss, whereas if you bought SH, your maximum loss would be your cost basis.

Inverse ETFs work best when the market consistently marches downward. For example, if the S&P 500 falls five days in a row, SH will do well for you. Consequently, it’s important to detect warning signs in the market and time your moves accordingly.

However, when volatility is high and the benchmark swings up and down, SH’s return will tend to deviate from its target in a negative way.

Take a moment to study this table: 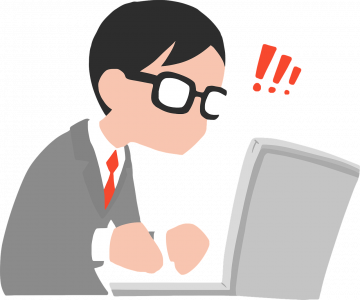 As a normal ETF, SPY tracked the S&P 500 perfectly after the eight-day period. But for SH, although it tracked S&P 500 exactly as it should day to day, at the end its cumulative return was lower than what you would expect.

It’s hard to explain in words so let’s use a more extreme example to illustrate.

Percentage vs The Dollar

The key is that an inverse ETF is designed to track the underlying asset in percentage terms, not in dollars. This matters a great deal.

You may wonder what would happen if the asset first rallied then fell? Check this out:

You’d still get a raw deal. Instead of a +10% return out of the inverse ETF, you only broke even though the asset fell 10%. After a 20% fall, you needed a 25% gain just to get back to your starting point.

If all this sounds confusing, don’t worry. The most important thing to remember is that volatility will likely reduce an inverse ETF’s return compared to its target goal.

In addition, because inverse ETFs need to be actively managed, their expense ratios will be higher than those of a regular ETF. SH’s expense ratio is 0.89%, compared to 0.09% for SPY. Over time, this will eat into your return.

For these reasons, inverse ETFs like SH tends to work better when held for a short period of time. The longer you hold the inverse ETF, the more likely you will encounter volatility, which as shown above will work against you.

Leveraged inverse ETFs, which seek to return 2x or 3x the underlying benchmark’s return, have the same problems, only worse.

As I’ve just explained, inverse ETFs can work well under certain conditions, but success requires astute timing. My colleague Jimmy Butts, chief investment strategist at Maximum Profit, has developed a stock-trading system that cuts through the market noise to pinpoint the right times to buy and sell.

You see, Jimmy has devised a method that beats the Wall Street “Big Boys” at their own game. When you learn about Jimmy’s system, it may not seem legal. But I assure you, it’s fully within the letter of the law.

Jimmy has put together a presentation to show you a way to hack the stock market. Over the last year, he has leveraged his method to pocket $37,000.