By definition, a Dividend Aristocrat must be in the S&P 500 index and have recorded dividend increases for at least the past 25 consecutive years. A company must also meet certain market capitalization and liquidity requirements to appear on the list.

The first list of Dividend Aristocrats contained 26 companies and was published in 1989. Each year the list is updated. The list peaked at 64 companies in 2001, and contracted sharply during the financial crisis of 2008-2009. The 2019 list consists of 57 companies with the following sector breakdown: 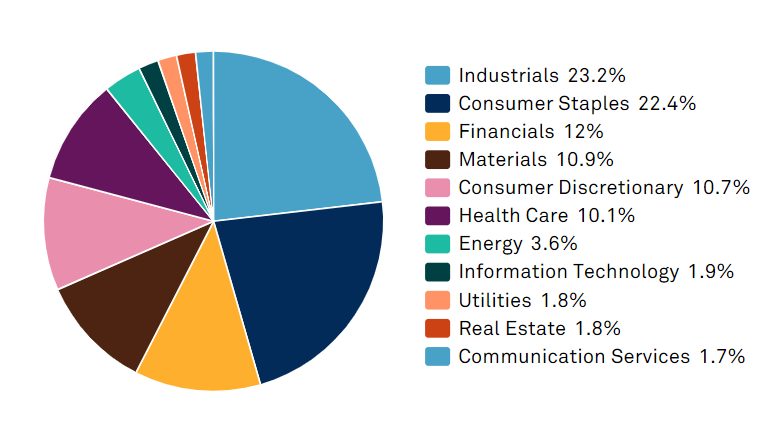 There are two caveats I should mention on the Dividend Aristocrats. Even companies with a long track record of dividend increases can implode. General Electric (NYSE: GE) was on the list until 2010, and only came off after the share price had fallen more than 50% as a result of the financial crisis.

Second, you might expect that companies that have raised their dividends for at least 25 consecutive years would have attractive dividends. You would be wrong for the most part. Most of the companies on the list have yields that are pretty low for dividend investors. 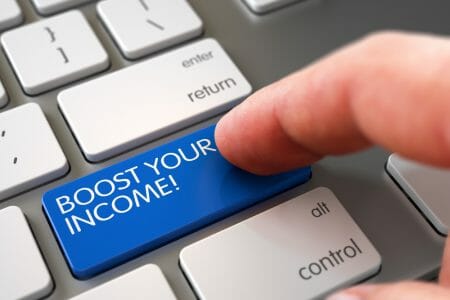 I won’t reproduce the entire list here, but there are many familiar names: Walmart (NYSE: WMT), Medtronic (NYSE: MDT), Johnson & Johnson (NYSE: JNJ), and Pepsico (NSDQ: PEP), to name a few. Instead, I want to focus on the highest-yielding companies in list.

Cardinal Health’s inclusion on the list is controversial, because some analysts argue that the firm has only increased its dividend for 23 years. CAH also is the worst performer on the entire list over the past year, with a total return of -23%.

But this dynamic also suggests where to find potential value on the list. Although I am not as familiar with Cardinal Health or People’s United, AT&T, AbbVie, ExxonMobil and Chevron all pop up on my value screens on a regular basis. In fact, I have bought three of the four for my own portfolio in the past six months.

Given the long track record of dividend increases, and payout ratios that are conservative enough to provide a safety cushion against deteriorating fundamentals, these four would be high on my list. With an average yield of 5.0%, the offer an opportunity to begin building an income portfolio at a reasonable value.

Another way to maximize dividend income is to follow the advice of my colleague Amber Hestla, chief investment strategist at Profitable Trading. If you love getting dividends, but hate waiting months and months to get them, you’re going to love Amber’s investment advice!

Amber has devised a money-making method that she calls “dividends on demand.” It’s exactly like scheduling a dividend payment whenever you want. There’s no application form and no waiting period.

You can collect your first payment 48 hours from now. And you can continue collecting payments every week for as long as you want. Click here to learn Amber’s next move.