Amid the noise generated by financial “pundits,” in the end what really matters is the earnings report card. That’s where the rubber hits the road.

First quarter earnings are starting to roll in, giving us a handle on the health of the economy. Below, I review earnings of several major companies covering multiple sectors.

These earnings results represent various industry bellwethers. As such, the numbers provide clues into economic and financial market conditions for the rest of the year. I also summarize these findings with a takeaway for investors. 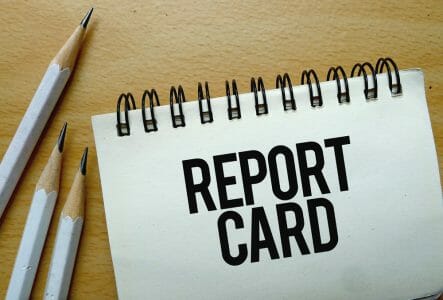 For the quarter, Comcast added 375,000 net high-speed Internet customers versus 353,000 expected additions. During the earnings call the company provided better-than-expected guidance for its cable communications business.

The company reported that its Time Warner unit is performing well, with sales up 3.3% and operating income rising 11.6% from the year-ago period. AT&T CEO Randall Stephenson said that the “merger-related synergies are on track, and we expect to hit $700 million in run rate by the end of the year.”

One drawback that has concerned many analysts is AT&T’s debt levels, but management reported good news on that front. Following the Time Warner, AT&T’s debt level rose to $180 billion. By the end of Q1, AT&T had reduced its net debt load to $169 billion, and guided toward $150 billion year-end. That would push the net-debt-to-EBITDA ratio to a healthy 2.5 times by year-end.

AT&T shares had been up 8.5% year-to-date, but gave up most of those gains following the earnings report.

E-commerce giant Amazon (NSDQ: AMZN) blew past expectations when it reported first-quarter profit of $3.6 billion, or $7.09 a share. This was an increase of 117% year-over-year, and against analyst expectations of only $4.70 a share. This also marked record earnings for the fourth consecutive quarter.

Amazon projected revenue of $59.5 billion to $63.5 billion for the second quarter versus $52.89 billion in Q2 a year ago. However, second-quarter operating income is projected to be $2.6 billion to $3.6 billion, a huge drop from operating income of $4.4 billion in the first quarter. The decline is projected as Amazon evolves its Prime free two-day shipping program to be a free one-day shipping program.

Amazon shares are up 30% year-to-date.

Shares of Detroit auto-making stalwart Ford (NYSE: F) jumped above $10 for the first time since August after reporting much better than expected earnings. For the first quarter, Ford reported adjusted profit of $0.44 a share versus expectations of $0.27 a share.

Ford reported automotive revenues of $37.2 billion for the quarter versus estimates of $36.4 billion. This was down from the $39 billion reported in the prior-year quarter, but the earnings and revenue beat indicate that Ford may be turning a corner after a difficult year in 2018.

Sales are being driven by Ford’s utility vehicles, especially its best-selling F-Series pickup line. Company executives stated during the earnings call that this is justification for the company’s decision to phase out most of its sedans.

Ford shares rose more than 10% on the earnings report, its best single-day performance since 2009.

For the first quarter, energy “supermajor” Chevron (NYSE: CVX) reported a decline in earnings of 27% from the previous year to $2.65 billion. EPS of $1.39 still beat consensus estimates of $1.30.

Hardest hit was Chevron’s downstream business, which declined from $728 million a year ago to $252 million in Q1. During times of rising oil prices, which was the case in Q1, refining margins tend to erode as gasoline prices usually lag the rise in oil prices. Chevron was also hit by a decline in refinery output of 7%, primarily due to weather-related disruptions at the El Segundo and Richmond, California refineries.

The bright spot in Chevron’s earnings was domestic oil and gas production, where earnings rose to $748 million in first quarter 2019, compared with $648 million a year earlier. Net oil-equivalent production of 884,000 barrels per day was up 151,000 barrels per day from a year earlier. Production increases were driven by shale and tight properties in the Permian Basin, and in the Gulf of Mexico.

Most midstream companies have yet to report earnings. However, Kinder Morgan (NYSE: KMI), one of the biggest of the midstream corporations, reported first quarter earnings in line with consensus estimates.

Almost every measure of financial performance increased for Kinder Morgan year-over-year, but the biggest story is the performance of the Natural Gas Pipelines segment. Natural gas transport volumes were up 4.5 billion cubic feet per day, or 14%, compared to the first quarter of 2018. This market the fifth straight quarter that year-over-year volumes had grown by at least 10%, and is being driven primarily by higher volumes from the Permian Basin and Denver-Julesburg Basin.

Kinder Morgan also announced a 25% increase in its dividend over the previous quarter. The company expects to pay $1.00 per share for all of 2019, which would represent a dividend yield of 4.94%.

Of the S&P companies that have reported earnings through April 26, 79.1% have beaten EPS estimates and 58.7% have beaten revenue estimates. However, total earnings growth for these companies was low at +0.5% on +3.7% higher revenues.

The consensus estimate for year-over-year earnings growth this quarter is -3.9%, the first negative quarter in three years.

The bearish narrative is that we are nearing the end of the economic cycle when growth begins to contract. However, most companies are guiding toward better results for the second half of 2019 and into 2020. In this mixed bag environment, investors should stay in the game but tread cautiously.