Cry Havoc! And Let Slip the Dogs of (Trade) War

The result has been a steep decline in global stock markets over the past several days, with intense volatility. You should expect stocks to remain on a roller-coaster for an extended period of time, as trade rhetoric periodically hits equities and investors turn around to buy on the dips.

Below, I’ll provide two steps that can protect your portfolio from trade war, but which also tap growth opportunities.

The high stakes of trade war…

The following chart shows the enormous stakes involved and explains why investors are crying havoc over tariffs: 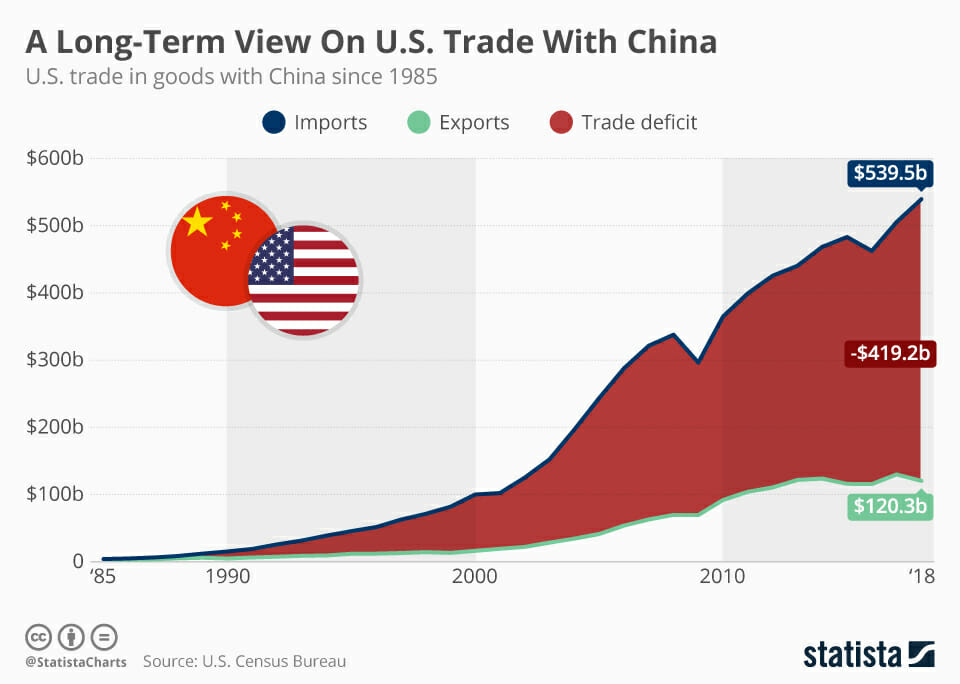 As the chart shows, the U.S. trade deficit with China reached a record high of $419.2 billion in 2018. But that’s not necessarily a bad trend. It’s not as if that money were “lost.”

Anyone who says tariffs are necessary because of the trade deficit simply doesn’t understand trade, or is being purposely dishonest.

The vast majority of economists decry tariffs as dangerous. Of course, you’ll find a few pseudo-economists on CNBC who’ll defend tariffs. Some of these talking heads even get hired by the government, where they can really do damage.

Republican leaders in Congress strongly oppose protectionism, opening a rift between Trump and the establishment wing of his party. Most Democrats oppose tariffs, too. But Trump’s protectionist rhetoric will probably get more inflammatory, to appeal to his base as the 2020 elections loom.

The ghost of Smoot-Hawley…

The ghost of Smoot-Hawley now haunts financial markets. Protectionists must have skipped economics class on the day that Smoot-Hawley was taught.

A quick refresher course. Sponsored by Senator Reed Smoot and Representative Willis C. Hawley, the Tariff Act of 1930, commonly known as Smoot-Hawley, was signed into law by President Herbert Hoover on June 17, 1930. The act raised U.S. tariffs on over 20,000 imported goods.

The tariffs sparked a ruinous global trade war that sank the world deeper into a depression that lasted 10 years. What eventually got the world out of the Great Depression? Demand for production workers caused by the outbreak of World War II.

Hoover spurned a petition to the White House from more than 1,000 economists urging him to veto the legislation. Likewise, Trump has ignored the pleas of the financial community to not follow through on his tariffs.

Amid this troubling backdrop, two assets currently provide protection combined with outsized potential: small-capitalization stocks and gold. You should increase your exposure to both; here’s why.

Rise of the small fry… 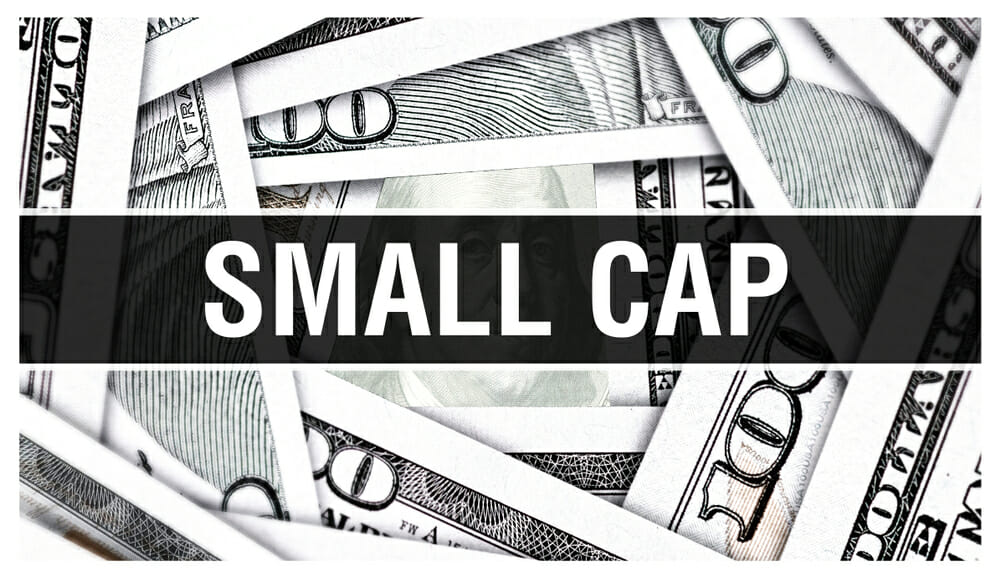 The definition of small cap varies, but it’s generally a company with a market capitalization of between $300 million and $2 billion.

Large-cap stocks are getting whipsawed by trade war headlines. One way to protect your portfolio is to buy high quality small-cap stocks, especially in sectors that benefit during the late stage of economic recovery, e.g. consumer staples, health care, energy, and utilities.

Small caps disproportionately benefit from economic and earnings growth, both of which have been resilient this year. Small-business confidence also has been high, due to the Trump administration’s business-friendly regulatory and tax policies.

Small caps are insulated from concerns about global growth, because they tend to get most of their revenue domestically. Trade conflict and increasing instability in emerging markets have driven investors to smaller stocks, which have less exposure to these overseas risks.

The yellow metal is poised to shine… 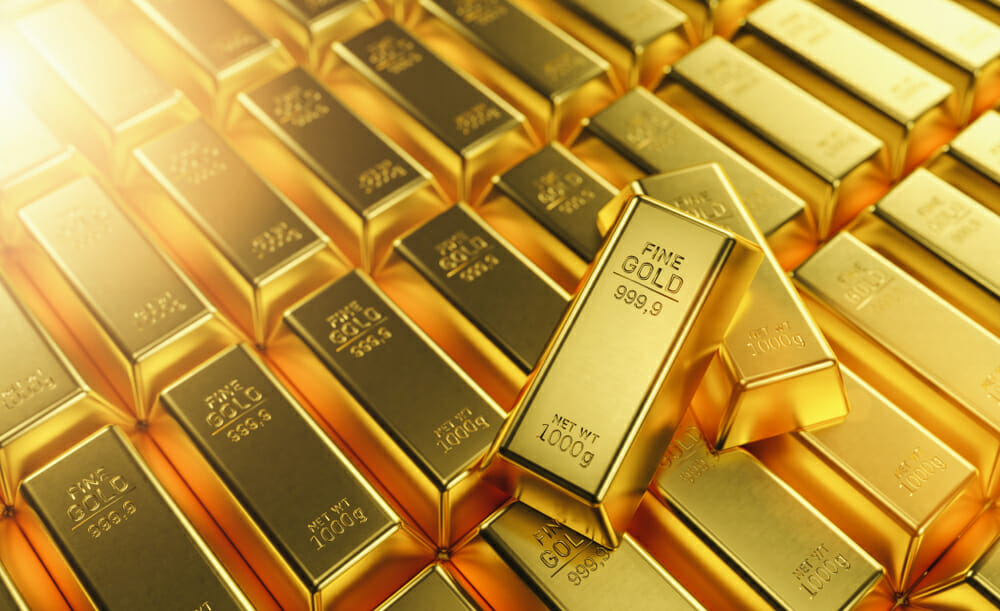 During the escalating trade war, the power the U.S. has to implement tariffs stems from the dollar’s status as a reserve currency.

However, China has been accumulating a vast hoard of gold. If this storehouse of the yellow metal becomes big enough, it could give China the leverage to break the greenback’s primacy.

There are signs that China seeks to promote the yuan as a national currency to rival the dollar, a development that would be bullish for gold.

Rising inflation and multiple crises at home and abroad, as well as China’s efforts to promote the yuan, should significantly boost the yellow metal over the long haul.

Adding to international instability is the massive amount of private and public debt that’s sloshing around the globe. The International Monetary Fund (IMF) in April released its Global Financial Stability Report, revealing that non-financial corporate leverage in the U.S. is at its highest level, relative to gross domestic product (GDP), since before the Great Financial Crisis of 2008.

Political instability is on the rise, too. The agonies of Brazil, Venezuela, Turkey, and other nations (not to mention the Brexit mess) are probably only a taste of what’s to come.

All of these trends are bullish for gold.

Gold prices have been in a slump this year but they’re ready to regain luster as investors embrace a commodity that’s historically been a safe haven during times of rising inflation and geopolitical uncertainty.

Inflation seems muted at the moment, but low unemployment will probably drive wage growth in coming months, which in turn will exert upward pressure on prices. Another inflationary ingredient: tariffs, which increase the cost of goods and prompt companies to hike retail prices.

Questions about small-cap stocks and gold? Drop me a line: mailbag@investingdaily.com