5 Ways to Profit in the Next Panic

Buckle up: Stock markets have turned into a roller coaster again, as geopolitical risks multiply.

Chief among the disturbing headlines is the escalating U.S.-China trade war and the Trump administration’s increasingly hawkish stance toward Iran.

Below are five ways to not only protect your wealth but also profit from the next worldwide investor panic. But first, a quick look at the dangers.

Think a war between the U.S. and Iran is far-fetched? Think again.

The Pentagon last week presented to President Trump a military plan to send as many as 120,000 troops to the Middle East should Iran attack U.S. forces or accelerate work on nuclear weapons. Trump also ordered the Nimitz-class carrier USS Abraham Lincoln, its escorting flotilla, and B-52s into the Persian Gulf.

According to news reports today, the U.S. intelligence that prompted the White House to escalate actions against Iran supposedly stemmed from photographs of missiles on boats in the Persian Gulf that were placed on board by Iranian paramilitary forces. The preludes to the Vietnam and Iraq wars come to mind, two historical analogies that should trouble you.

What happens next over Iran is unclear. But one thing is abundantly clear: If a shooting war with Iran actually breaks out, investors would stampede for the exits.

But that’s only one possible trigger for a market swoon. Other storm clouds are gathering as well: the world’s two largest economies are hurling ruinous tariffs at each other; North Korea has resumed missile launches; Brexit is devolving into chaos; Russia continues to pursue aggressive expansionism; and Washington, DC is consumed with impeachment talk against an increasingly embattled president.

Downbeat economic reports are exacerbating worries. The U.S. Commerce Department reported Wednesday that retail sales slumped 0.2% in April, versus an expected rise of 0.1%. In a separate report, the Federal Reserve showed that industrial production fell 0.5% in April.

Signs indicate that the current economic cycle has peaked, which means it only has one way to go, and that’s down.

Small wonder, the stock market has been bouncing between sharp gains and losses in recent days, with spikes in the CBOE Volatility Index (VIX), aka “fear gauge.”

Blood in the streets… 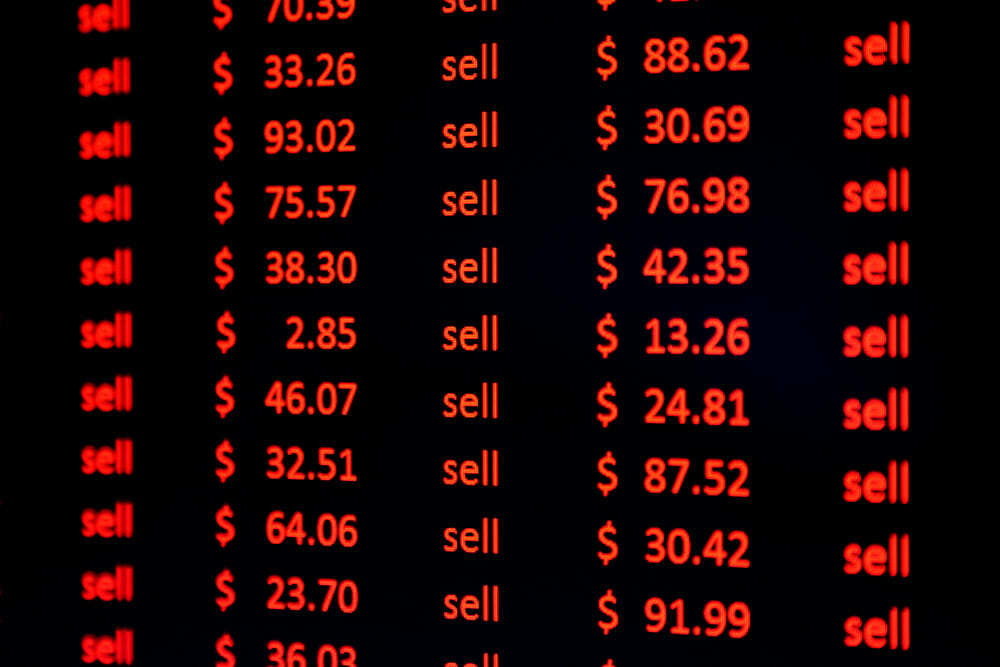 “The time to buy is when there’s blood in the streets.” Attributed to the 18th century financier Baron Rothschild, this colorful and often repeated euphemism means that investors in the midst of a severe market downturn should seek inherently strong stocks that have been unfairly driven down in price by the irrational fear of the crowd.

If carnage suddenly hit Wall Street, what would you do? When investors see red, you should see opportunity.

Peering back over time, it’s clear that severe and sudden market drops are not uncommon. You should expect additional panic-driven sell-offs this year.

Don’t get me wrong: growth opportunities still exist and stocks remain the best game in town. The S&P 500 has marched upward over the long term. However, the climb hasn’t been a straight shot. Investors over the past several decades have been treated to a few dizzying plunges along the way. The crashes of 1929, 1987, 2000, and 2008 come to mind, but they’re only the most memorable. For a recent swoon, you only need to look as far back as the fourth quarter of 2018.

Many stocks, especially in the technology sector, now trade at valuations high enough to give investors nosebleeds. You should prepare now for the inevitable rough patches ahead.

Five Rules for a Panic

Here are five ways to cope with a substantial market drop:

Sure, I read the classic books about investing. But I also happen to read a lot of Eastern philosophy, which has taught me that sometimes, the wisest course of action is to do nothing.

When in doubt, doing nothing is usually your best bet. Investors typically act too quickly to a big drop in the market — and they almost always do the wrong thing. Control your emotions and see how events pan out. To quote an old Wall Street adage: “Never sell into market weakness.”

The decline might be a short-lived aberration. Study the fundamental reasons for the decline. You might determine that fundamentals are still sound and the decline was unwarranted.

For example, the “correction” might not be a correction at all, but simply an overreaction to, say, a spectacular but foiled terrorist attack. If so, sit tight. The market soon will be back.

Today’s 24/7 Internet-fueled news cycle has a way of exaggerating certain events all out of proportion. Be skeptical of the hyperbolic analysis of self-appointed “experts” who weigh in with their opinions as to why the market dropped. When you hear or read pundits opining about the latest market calamity, ask yourself: “If they’re so smart, why didn’t they see this coming?”

2) If you haven’t already, diversify your holdings.

Maybe your own analysis tells you that legitimate reasons are behind the decline — say, a genuinely lousy corporate earnings season that’s combined with a big spike in applications for unemployment insurance. If that’s the case, you’re justified in taking modest action. Ideally, you’re already at least partially protected by diversification. If not, then increase your diversification among various categories.

3) Remember your goals and keep your eye on the long-term horizon.

Chances are, you’re saving for retirement or for another long-range goal. With that in mind, keep your eye on the long game. Don’t panic and throw your investment strategy out the window. Stick to your original goals.

If the crash is related to underlying economic conditions, consider selling only those cyclical stocks that are the weakest. Restrict your selling to cyclicals that are overpriced and vulnerable to further drops.

Reallocate the money into your non-cyclical stocks. Hang onto cyclical stocks that are at reasonable or bargain valuations, because they’re at prices that might justify additional investment when the market regains its sanity.

5) Make minor modifications to your allocations.

Make minor — repeat, minor — adjustments to your portfolio allocations. For example, if your current allocation is 60% stocks, and stocks suddenly tanked, consider reducing your stock allocation to 50% and making up the difference in bonds.

But don’t follow the mistake of many investors, who overreact to the sudden decline in a certain category of investment by completely abandoning it.

Resist the urge to make wild swings in your allocations. The risk is that you might sell your stocks right before they recover. Another dilemma: If you implement a drastic change in your allocations, it makes it all the much harder for you to go back to your original investment-allocation strategy. During a dramatic market decline, don’t get overwrought and make knee-jerk decisions that will be difficult for you to undo.

Never let fear cloud your judgment. If you get frightened and dump stocks altogether, how can you possibly return to your previous investment strategy and allocation, when stock prices have, say, doubled since you first bought into the market? You can’t step into the same river twice.

Question about portfolio protection? Drop me a line: mailbag@investingdaily.com