What Operating Leverage Tells You

Analyzing a company’s financial statements can be a daunting task, especially for novice investors. There is so much data and information in the documents that it’s easy to be overwhelmed.

Naturally, a company’s price-to-earnings ratio and free cash flow are important metrics to analyze. However, there are less obvious ratios that are important as well. One example is operating leverage.

Operating leverage is a ratio of fixed costs to revenue. Let’s see why this metric can be so crucial when determining the suitability of an investment.

Fixed costs are a company’s expenses that don’t change no matter how much goods or services are produced or sold. Examples are building and equipment leases, insurance and property taxes.

By contrast, variable costs change depending on how much business activity there is. Some examples of variable costs include raw materials used to produce goods, staff wages, and commissions.

There are also costs that are part fixed and part variable.

A company with high fixed costs is said to have a high operating leverage. Such a company (let’s call it Company A) will increase profits faster with each additional sale than a company with low operating leverage (Company B). For company A, more dollars from the sale is flowing down to the bottom line. For Company B, variable costs are eating up more dollars from the sale. 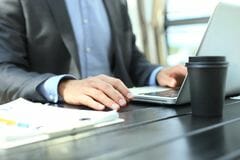 When economic activity is humming, Company A will enjoy much faster earnings growth than Company B.

So does this automatically make Company A the better investment?

As with many things in life, the answer is: it depends.

Companies with high operating leverages increase their profits quickly once they pass the breakeven point, but their breakeven points are high. When the economy struggles and demand falls, it can be difficult for these companies to stay out of the red. 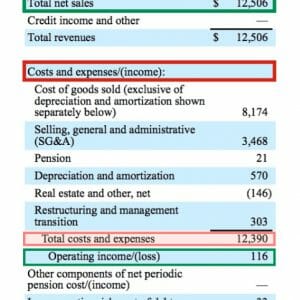 By contrast, because of low fixed costs it’s easier for companies with low operating leverages to stay profitable even when sales fall. It’s also easier for them to reduce costs to weather through the rough times. Thus, these companies tend to be more defensive.

Trade tensions between the U.S. and China have re-escalated this month and investors are worried that tariffs will drag down the economy, so the shares of defensive companies could see additional demand.

It’s best to compare companies in the same industry or at least similar industries. Companies in different industries can inherently follow different business models and comparing their ratios probably wouldn’t be useful for your purposes as an investor.