The Next Big Profit Opportunity in Medical Marijuana

Earlier this month, my wife and I spent a week in Paris to celebrate our 36th wedding anniversary. While there, I struck up a conversation with a French doctor at a sidewalk café. As is often the case when someone learns what I do for a living, the subject soon turned to investing.

I was surprised by what I learned, and excited by the opportunity for profit that might be just around the corner. More about that further below.

Most European nations are more progressive than the United States when it comes to social programs, especially those involving medical treatment. However, France is actually more conservative than the U.S. regarding the use of medical marijuana. The penalties for the illegal use of marijuana in France, even for valid medical reasons, can include:

Under current French law, the only approved use is for multiple sclerosis after all other forms of treatment have failed. Even then, it is extremely difficult to obtain a prescription. Once a prescription has been obtained, it is nearly impossible to get it filled since there is no medical marijuana industry in France. Most patients simply cross the border into a neighboring country with fully stocked medical marijuana dispensaries. 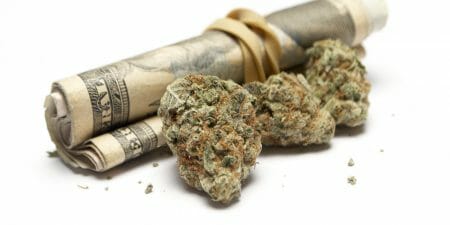 That may soon change. Six months ago, an ad hoc committee of French medical experts endorsed the use of medical marijuana in certain situations. Essentially, the proposed law would expand the existing law to include most forms of cancer and other illnesses. A committee is compiling a list of qualified medical conditions that will be approved for treatment by medical marijuana.

Depending on the breadth of that list, up to one million patients may become immediately eligible for authorized medical marijuana treatment. How many of them are currently using marijuana illegally to manage pain is unknown, but that number is believed to be on the rise since medical marijuana can be easily obtained by Parisians in nearby Belgium.

With so much money at stake, there is considerable pressure to shape the law to favor domestic producers of cannabis. However, it could take years for new facilities to come online. That means most of the medical marijuana prescribed will have to be provided by foreign suppliers in the near term.

Last year, the stock market threw a party when Canada approved the recreational use of marijuana. With 37 million people, Canada is the 38th most populous country in the world. France ranks 22nd on the list with 65 million residents. If the final list of approved illnesses includes mood disorders such as anxiety and depression, the total addressable market in France could approach that of Canada.

Thus far, the stock market has not taken much notice of France’s impending entry into the medical marijuana business. France’s agricultural industry is gearing up to convert marginally profitable vineyards to marijuana farms. France grows 21% of the world’s legal opium poppy supply, so it already knows how to manage the production of controlled substances.

As for distribution, the most logical solution would be to license existing pharmacies to dole out medical marijuana prescriptions. However, large drugstore chains do not exist in France. By law, each store must be owned by a licensed pharmacist that works at that location. That means every single store would have to go through the licensing process, rather than one parent company that owns hundreds of stores managing that process.

Therein lays the real investment opportunity. Once medical marijuana has been approved in France, its arcane laws restricting pharmacy ownership will also need to be overhauled. That will open the floodgates to competitive pricing, which in turn will trigger massive market consolidation.

Over time, France’s highly fragmented pharmacy industry should evolve into an oligopoly dominated by a handful of national chains. For that reason, the unintended consequences of approving medical marijuana in France could be considerably larger than in the U.S. or Canada.

Editor’s Note: Although the investment opportunities in France for medical marijuana are murky, we have identified several companies on this side of the Atlantic that are poised to be clear winners.

When marijuana legalization started to gather momentum in the mid-1990s, many investors saw the seeds of opportunity in the marijuana plant. Those who invested early in quality pot stocks have made a fortune.

Is it too late to profit from the marijuana boom? Not if you choose your investments wisely and focus on the fundamentals. A new report delivers the tickers and the timing of the best marijuana plays. Click here now for full details.