Tricks for Spotting the Best Bargains

Investors spend a lot of time looking back at recent historical performance, and for good reason. It’s important to know how different market sectors have performed. But if you want to invest like Warren Buffett, you really should pay attention to out-of-favor sectors. That’s where you will find the best bargains.

With that in mind, let’s go bargain hunting. Certain data tools are at our disposal.

Over the past 12 months, defensive sectors have performed exceptionally well. According to the Select Sector SPDR exchange-traded funds (ETFs) that divide the S&P 500 into sectors, real estate, utilities, and consumer staples all outperformed the S&P 500. 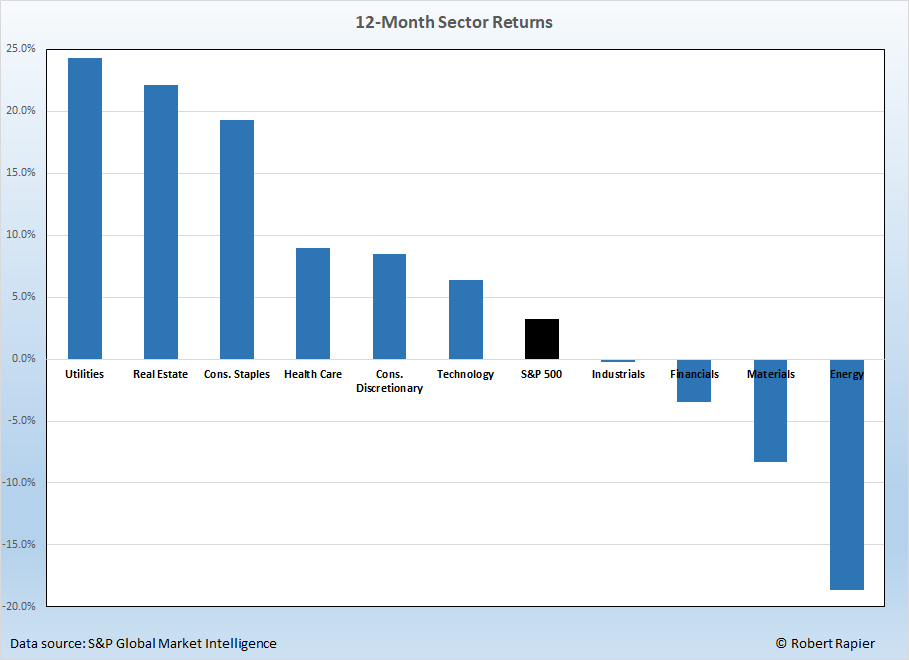 The economy is presently in the late stage of the business cycle, where economic growth rates start to slow as credit tightens. Consistent overperformers during the late-cycle are defensive and inflation-resistant sectors: the energy sector, the health care sector, and the materials sector. Of these, only the health care sector has outperformed the S&P 500 over the past year.

The utilities and the consumer staples sectors generally outperform during the late business cycle, and are ranked as consistent outperformers during the recession phase. Both of these sectors have outperformed the S&P 500 over the past year.

Energy and materials, however, have both lagged their historical performance during this phase of the cycle. In the case of energy, that’s because oil prices suffered a collapse during the fourth quarter of last year.

If we look at just the first quarter of this year, we can see the energy sector starting to rebound, but the materials sector is still lagging in both 12-month and quarterly performance. 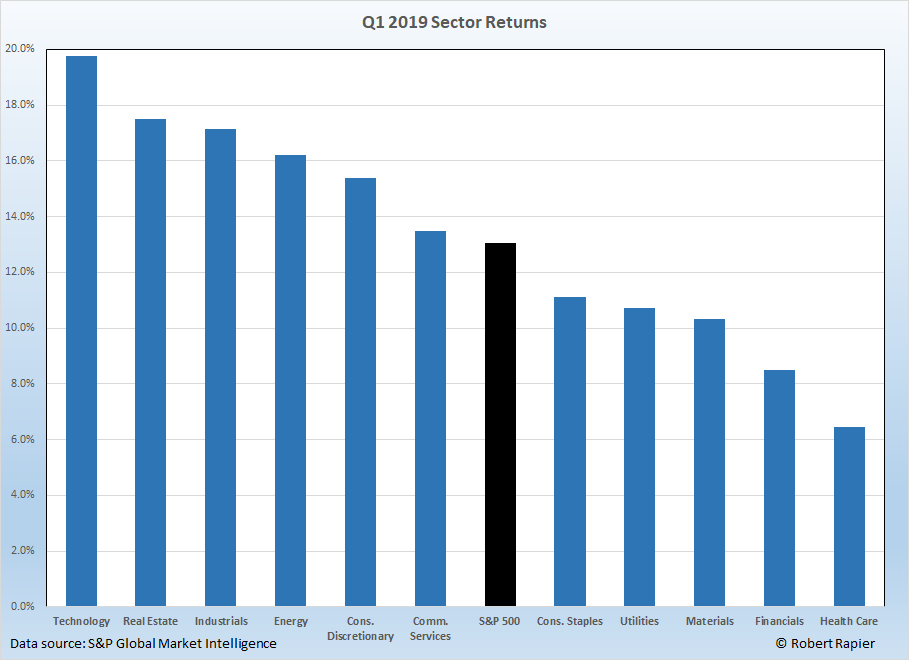 Thus, the materials sector is right where a value-oriented investor might find some bargains. The energy sector doesn’t look nearly as undervalued as it did at the beginning of the year, and many companies in the utility and real estate sectors are starting to look fully valued.

Beyond that, the financials sector has been lagging over the past year, but it typically performs best in the first part of the economic cycle. So, it might not be quite as primed for a rebound as the materials sector.

But those two underperforming sectors seem to be where the bargains are.

Another place to find lucrative bargains is in the booming marijuana industry. Sure, many pot stocks have been bid to dizzying heights. But you can still pinpoint value plays in marijuana, if you know where to look.

A new report reveals details of key marijuana legislation that could pass a House vote within weeks. This law would cause certain undervalued pot stocks to skyrocket. The report delivers the tickers and the timing of the best plays. Click here now for full details.