Eat The Bear (Before The Bear Eats You)

There’s an old expression: some days you eat the bear, and some days the bear eats you. In recent weeks, investors have been getting chomped. Below, I’ll show you two ways to bear-proof your portfolio.

Is the “Trump rally” finally over? That’s the question on the minds of many investors.

Since Donald Trump’s surprise election in November 2016, stocks have enjoyed a robust run (albeit with a few dizzying dips along the way). But this month, traders finally seem to be acknowledging a risk that I’ve repeatedly warned you about: the U.S.-China trade war won’t end anytime soon.

China has started to play hardball. Reports surfaced today that the world’s second-largest economy plans to slash exports of “rare earths,” commodities that are essential in sectors such as aerospace/defense, electronics, energy, and automobiles. The stakes are enormously high. China supplies about 80% of U.S. imports of rare earths.

Exacerbating these concerns are signs of a looming recession. Recoveries historically last about eight years; this one is more than a decade long. Forecasts for the global economy are getting gloomier, bond yields are declining, and corporate earnings growth has significantly contracted.

Pessimism is on the rise and Wall Street’s bears are coming out of hibernation. Bear markets in stocks are defined as downturns, from peak to trough, of at least 20%. Since 1929, the U.S. stock market has undergone 25 bear markets, an average of one every 3.4 years. We’re overdue. The most recent bear market ended in March 2009, more than 10 years ago.

Bear markets usually don’t occur without an economic recession and several leading indicators point to one on the horizon. An increasing number of money managers, corporate leaders and economists are predicting a recession in 2020. When it hits, Uncle Sam’s hands will be tied.

By implementing regressive tax cuts and massive deficit spending, Washington, DC embarked on an extraordinary gamble. When the next recession occurs, fiscal and monetary policymakers will have fewer tools at their disposal.

The laws of economic cycles haven’t been repealed; expansions never last forever. And bear markets don’t necessarily need a recession. Since 1946, there have been four bear markets without a recession.

In the context of this uncertainty, you should be proactive and take decisive measures to simultaneously hedge your portfolio and profit.

Below, I pinpoint two durable investment themes with sufficient momentum to beat the bear. The first is an under-reported trend that will play out for decades.

The Kids Are Alright 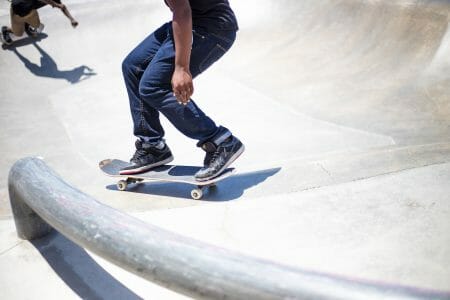 The Millennial generation, born between 1980-2000, is now the largest generation at over 77 million and already outnumbers Baby Boomers, who are their parents.

Millennials are widely perceived as pampered and self-entitled, largely because they’ve been praised too often by their Baby Boomer parents (I plead guilty). But Millennials also boast the highest buying power of any generation, making their mind share a coveted prize among advertising and marketing agencies.

It would be a mistake to dismiss Millennials as a bunch of slackers. They’re just different from older folks like me. And therein lies an investment opportunity that should transcend temporary market and economic cycles.

This generation thinks, behaves and shops in new and exciting ways — and their economic clout is exploding. Wall Street has come to the same conclusion, which is why analysts and companies have Millennials in their sights.

The burgeoning influence of Millennials is one of the strongest investment themes that you can find, but the financial press doesn’t talk about it much. That’s why I’m focusing on it here. The key to wealth building is to tap into “mega-trends” that the investment crowd tends to overlook.

Seeing the world through a different lens… 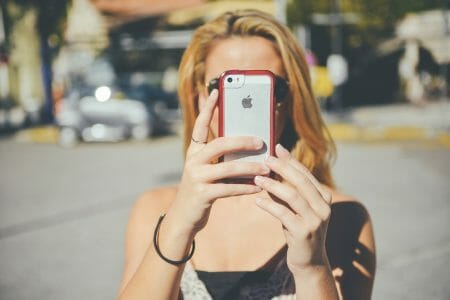 According to transcripts this earnings season from the research firm FactSet, increasing numbers of companies are getting questions during conference calls from analysts who pointedly want to know how they are targeting their products and services toward money-spending Millennials.

Frequently associated with the rise of smartphones, social media, and “selfies,” the Millennial generation’s reliance on technology and access to information has changed the way the world works.

Millennials are highly educated; 61% of those at adult age have attended college. Millennials grew up with the Internet and are shaping how today’s world eats, socializes, shops, communicates, and speaks. With the advent of social media hashtags and “flash mobs,” Millennials also are reshaping political protest.

Many Millennials came of age during the Great Recession of 2008-2009, and while they are not the first generation to suffer through a severe economic downturn, they used the experience to revolutionize the job market.

A wave of bloggers, freelancers and social media influencers helped rethink the meaning of education and work, giving rise to the “gig” economy that liberates workers from the conventional strictures of corporate life. Their habits as consumers changed the retailing landscape as well, boosting e-commerce retailers and clobbering Big Box stores.

As the greying Boomers retire and downscale their lifestyles, the Millennials are becoming the leading force in the consumer market. Many Millennials with high levels of education are following career paths that lead to solid paychecks, making them the core target for consumer brands.

Retail industry analysts perceive enormous potential in Millennials. Their annual expenditure is expected to increase from $600 billion in 2013 to $1.4 trillion by 2020, which would equal about a third of total U.S. retail expenditure.

As the chart shows, Millennials also demonstrate markedly different electronic media consumption habits than the rest of the population. 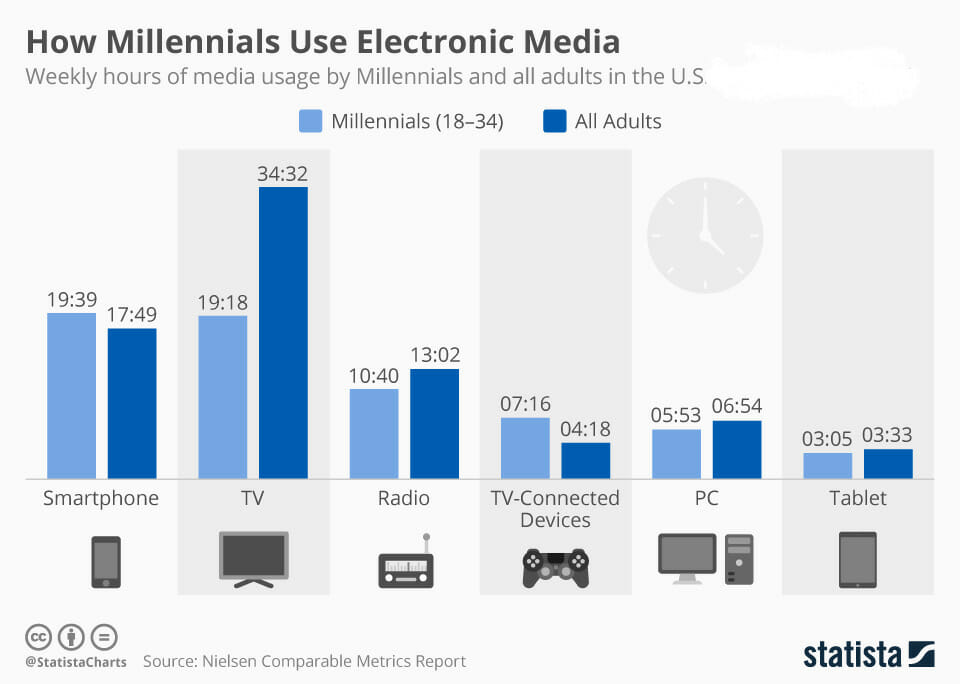 To play the Millennial trend, you should pinpoint companies that emphasize e-commerce over conventional retail, wholesome food purveyors over fast food, travel “experience” web sites over luxury goods, mobile payment platforms over cash… you get the idea.

Your smart bet is to gravitate toward well-publicized brands beloved of Millennials. As FactSet points out in a recent survey: “More than half of Millennials say they are extremely loyal or quite loyal to their favorite brands.”

Millennials are fueling technological change, through social media and other online activities that compel companies to keep up with these young and restless consumers. Millennials seem to have a knack for getting companies to innovate sooner and scale faster to reach their generation in new and compelling ways.

The Only Pure “Trump Play” 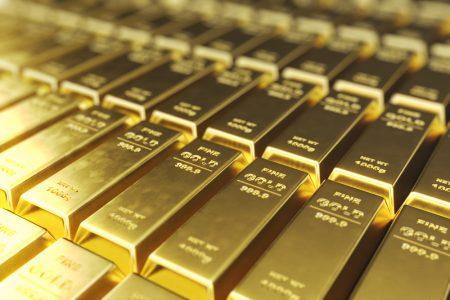 As I’ve just explained, the rise of the Millennial generation is an accelerating investment theme. Much has been written about another theme — “Trump stocks” that benefit from the president’s policies.

Problem is, repeatedly unsuccessful efforts by Donald Trump and the GOP to replace Obamacare, combined with bitter polarization in Washington, suggest that infrastructure spending and other Trump policies are dead-on-arrival. Many supposed Trump plays are actually bear traps.

The Democratic takeover of the House of Representatives in the midterms elections has put the brakes on most Trump priorities. The increasing talk of impeachment against the president also makes legislative compromise unlikely, even on topics that once enjoyed bipartisan support.

Face it: The dust will never settle during a Trump administration. The turmoil isn’t just at home, either. A glance at the map shows a proliferation of military flash points from the South China Sea to Russia to the Middle East to North Korea. And when geopolitical tensions worsen, investors flee to the safe haven of gold.

In this fraught environment, the only sure Trump play is the Midas metal, the traditional investment refuge during times of crisis.

Gold isn’t just a hedge — it’s also positioned this year for market-thumping gains. When gold prices are on the way up, as they are now, the biggest profits will come from plays that tag along for the ride.

Market volatility will probably propel the price of gold in the coming months. The rule of thumb is for an allocation of 5%-10% in either gold mining stocks, exchange-traded funds (ETFs) or the physical bullion itself. Gold prices are now poised for a rebound, as worried investors flee to safe havens.

The conditions that are favorable for gold will prove fatal for overvalued stocks that are looking for a trigger to tumble.

The power of leverage… 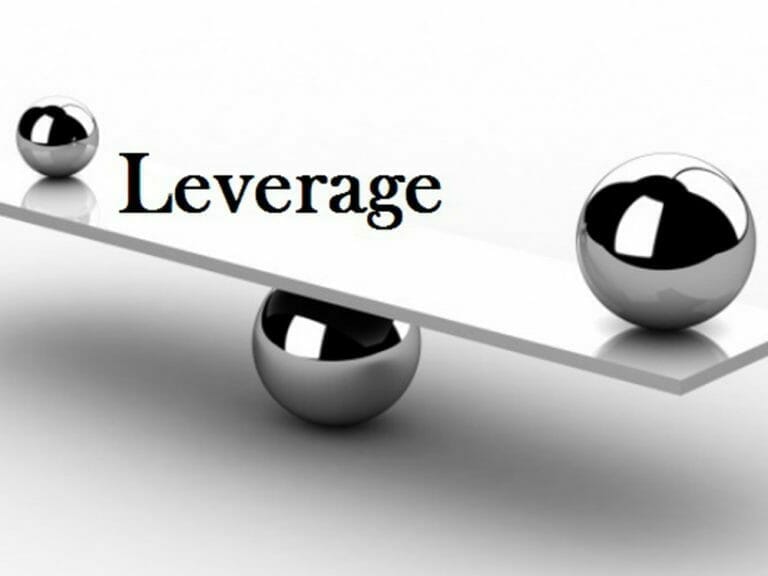 When it comes to gold plays, I prefer mining stocks.

An investor who buys gold outright owns an asset that will fluctuate in value. If you buy an ounce of gold at $1,000 and the price goes up to $1,100, you’ve just captured a +10% return.

Not too bad. And chances are good the price of your asset won’t fall all the way to zero, so the limited upside you’re exposed to is balanced out by the limited downside risk. Non-leveraged positions are inherently conservative.

But if you own gold mining stocks and the price of gold goes up, the notion of “operating leverage” comes into effect. A bump in gold prices will likely exert an exponentially huge boost on a gold producer’s top line revenue. And because the producer doesn’t have to put a whole lot of additional labor or capital into digging out increasingly valuable gold, its earnings per share should go up and take the stock’s share price with it.

Of course, the only rational reason to invest in gold stocks is if you have determined that the actual price of gold will rise. The research group Metals Focus recently predicted upward pressure on gold prices in the coming months, as demand for the yellow metal rises to a four-year high in 2019. The time to buy gold is now, before “gold-mania” kicks in and prices soar.

Looking for other mega-trends that are poised to pay off? Send your questions to: mailbag@investingdaily.com.