Today, I want to step away from the roller-coaster stock market and examine a problem that persists, regardless of market gyrations. It’s financial fraud.

Amid the deepening U.S.-China trade war, the White House’s surprise threat of tariffs against Mexico, and feverish talk of impeaching President Trump, the following news item barely made the headlines. But it caught my eye and it should catch yours as well.

Ruth Madoff, 78, was not charged with any crimes regarding her husband’s massive fraud and has denied knowledge of it. The agreement calls for her to pay $250,000 in cash and give up $344,000 of trusts for two grandchildren. She also agreed to surrender her remaining assets upon her death to Picard.

As the world now knows, Madoff’s investment firm was a Ponzi scheme on a mind-boggling scale. Uncle Bernie, as people called him, stole an estimated $65 billion (yes, billion) from individual and institutional investors. It was the largest financial fraud in U.S. history.

In the wake of reading this story about Ruth Madoff, I was motivated last night to watch The Wizard of Lies, an HBO drama starring Robert De Niro as Madoff. De Niro delivered a riveting performance, as usual.

Watching De Niro play Madoff got me to thinking: how many other Madoffs now operate undetected?

Below, I provide 10 actionable steps to keep the fraudsters away from your money. I’ll get to my advice in a minute. But first, let’s look at the growing phenomenon of financial crime and how it affects individual investors like you. 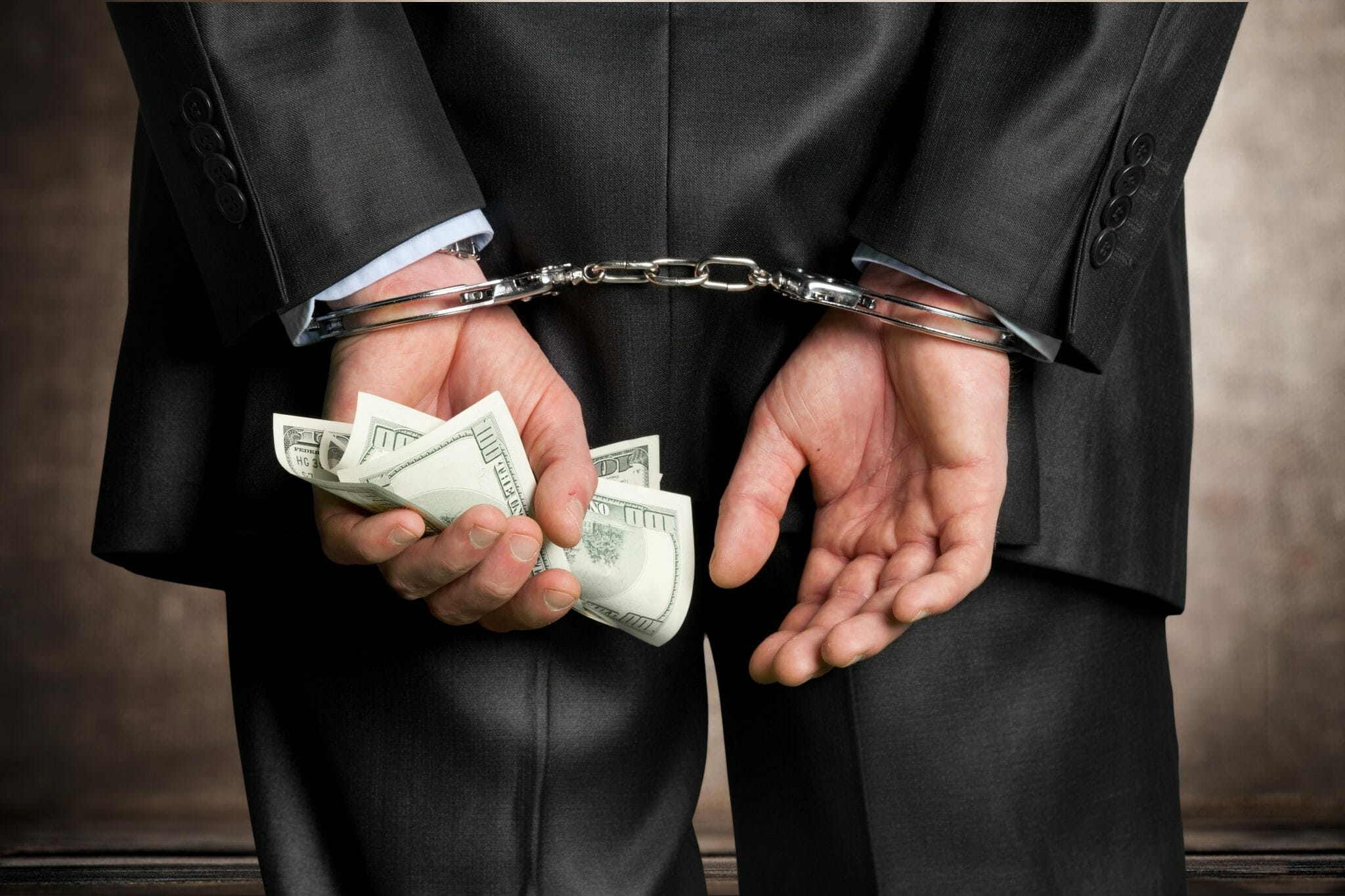 It’s not just the highly publicized crooks such as Madoff; a lot of ordinary brokers and financial advisers don’t have their clients’ best interests at heart.

The latest annual survey of state and local consumer protection agencies conducted by the Consumer Federation of America and the North American Consumer Protection Investigators finds that the prevalence of financial rip-offs has reached epidemic proportions.

According to a study released today by the Harvard Law Review, the incidence of securities fraud is exploding, resulting in a sharp rise in related litigation.

All of which brings me back to Bernie Madoff. He seemed like a guy you could trust — a mensch. But the mensch was a monster. Madoff was running a Ponzi scheme that eventually ruined thousands of lives.

Named after the swindler Charles Ponzi, a Ponzi scheme is a type of fraud that lures investors and pays profits to earlier investors with funds from more recent investors. Victims are led to erroneously believe that their money is being profitably invested. It’s also called a Pyramid scheme and it typically falls apart when too many “investors” ask for their money. Ponzi’s scheme collapsed in 1920, costing his victims $20 million and sending him to prison.

Once known for a lavish lifestyle, Madoff is now serving a 150-year sentence in the super-max wing of New York City’s Metropolitan Correctional Center. Madoff’s new Manhattan home is the size of a walk-in closet, with cinderblock walls and a bunk bed. His fellow inmates are hardened mobsters, killers and terrorists.

The essence of Madoff’s scheme was simple: he deposited client money into a Chase Manhattan bank account, rather than invest it. When clients asked for withdrawals, he used the money in the Chase account that belonged to them or other clients to make good on the requested funds.

Among Madoff’s victims were scores of celebrities. But you don’t have to be famous; it could happen to anyone. Lots of Madoffs still lurk out there, ready to pounce on the unsuspecting.

10 Ways to Avoid a Shakedown 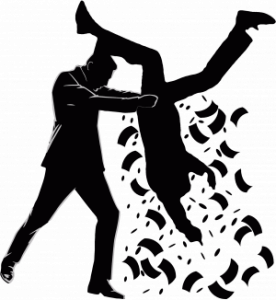 Here are 10 tips to avoid getting ripped off by a financial adviser.

1. Verify the existence of a third-party custodian.

When you write a check to a financial adviser, the check should go to an independent custodial organization. Typical examples of a custodian would be a major brokerage firm, such as Charles Schwab, T.D. Ameritrade, T. Rowe Price, or Bank of America’s Merrill Lynch. Obtain the name of the firm and its contact information; make sure it exists and it’s receiving your money.

Madoff’s investors received their statements directly from Bernard L. Madoff Securities — and that should have been a red flag. Madoff simply created a counterfeit paper trail, with bogus receipts.

2. Make sure an independent auditor is involved.

Ask who audits your adviser and make sure they’re legitimate and duly licensed to operate in your state. Madoff used a small, unknown accounting firm that was beholden to him, which created a conflict of interest. In return for its fees, the minor league auditor looked the other way.

3. If your adviser has recently switched accounting firms, determine why.

New accounting firm? That’s another red flag. If your adviser has dumped his accounting firm, maybe it was because the accountants responsible for verifying the books felt uncomfortable and had been raising a stink.

4. Do your homework; investigate the adviser’s background.

Conduct background checks of your adviser, starting with the Financial Industry Regulatory Authority, which regulates the financial advice industry. They’ll let you know if there is a history of sanctions, disciplinary actions or client complaints against your adviser.

Also consult online reviews from other advisers and traders, which can give you insights into a wealth management firm’s strengths and weaknesses, as well as its integrity.

5. Be suspicious of a client network held together by a common culture.

Fraudulent advisers find it easier to fool clients by making appeals to their group identity, whether it’s religious or ethnic. You should remain dispassionate and not make investment decisions based on emotional ties.

Charles Ponzi preyed on the Italian heritage of his victims. Madoff played the “Jewish card” and attracted a clientele heavily comprised of high net worth individuals from Jewish charities, businesses and philanthropic foundations. In particular, many members of New York’s Upper East Side elite had plowed their life savings into Madoff’s firm — and lost everything.

Many employers don’t fact-check resumes of job candidates, a lazy practice that they usually end up regretting. It’s easy for someone to say they graduated from Harvard or earned a certain professional certificate.

Don’t take your adviser’s word on anything; check his background. If he cites an Ivy League education, give the university a call to make sure it’s true. You’d be surprised at how brazenly some people lie about their academic record.

7. Make sure you understand the adviser’s management strategy.

Don’t blindly accept any assertion that your adviser has a foolproof way of making money. Learn his or her game plan. Madoff handed his gullible clients big returns every year, even during market slumps. They took it on faith that he had a magic touch with money. Also, make sure you read the fine print of any agreement. Hidden fees and costs can add up.

8. If you’re unable to withdraw money, call the financial cops.

If you attempt to make a withdrawal and you’re told that you can’t, immediately contact the SEC or the FBI. That’s when Ponzi schemes are detected — when investors try to take out their money but there isn’t enough to go around. Unfortunately, by this point, it’s usually too late to get your money back. Madoff’s scheme imploded during the crash of 2008, when investors got panicky and started demanding money.

Top-tier wealth managers who are legitimate typically charge hefty fees and commissions to their well-heeled clients. If a prospective adviser’s come-on includes bargain basement rates, it’s a warning sign that he or she has figured out other ways to get their paws on your money.

10. Don’t be swayed if the adviser touts associations with the rich and famous.

Associations with movie stars and high-profile charities don’t make you money and they’re just meant to dazzle you. Name-dropping is no substitute for solid financial acumen and performance. Besides, if you dug deeper, you’d probably discover that the celebrity ties are tenuous at best or bogus at worst.

Tell Us Your Story!

Want straight, honest answers to your investment questions? You can reach me at: mailbag@investingdaily.com.

When publishing reader letters in Mind Over Markets, I sometimes edit them for the sake of concision and/or clarity, but revisions are kept to a minimum. And I never reveal last names.

In particular, do you have any personal tales to tell about financial scams that affected you? Let me know. As a public service, I’d like to share your story with other readers.

As the Madoff scandal showed, regulators are falling down on the job. By keeping a spotlight on fraud, the Investing Daily community can make a difference.