On June 10th, the United States will impose a 5% Tariff on all goods coming into our Country from Mexico, until such time as illegal migrants coming through Mexico, and into our Country, STOP. The Tariff will gradually increase until the Illegal Immigration problem is remedied…

The next day, markets tanked. Trade tensions escalated over the weekend, with defiant statements from Chinese trade officials. As of this writing on Monday afternoon, the three major U.S. stock indices were hovering in negative territory in choppy trading, with the tech-heavy Nasdaq deeply in the red.

Investor moods were further soured by IHS Markit’s final manufacturing Purchasing Managers’ Index for the euro zone in May, released today. The reading came in at 47.7, below April’s level of 47.9 and signaling contraction for the fourth straight month.

Deutsche Bank (NYSE: DE) last Friday reported that Trump’s trade war is undermining global growth and has so far cost the stock market $5 trillion. Below, I’ll explain the real meanings behind the headlines and how you should trade.

Sad thing is, markets were doing quite nicely this year, until the Twitter tirades about trade resumed in May.

After a terrible fourth quarter in 2018, stocks came roaring out of the gate in January with the best beginning in more than three decades. Growth was picking up in China and Europe, the Federal Reserve was turning dovish, and the trade war seemed close to resolution as the White House ostensibly sought an economic truce with China, the European Union, Canada, and Mexico.

In the U.S., the economy was growing faster than expected, the unemployment rate was hovering at a 50-year low, and inflation was muted. “Goldilocks” was alive after all, as the economy posted the not-too-hot, not-too-cold performance that Wall Street covets.

Sure enough, by April 30, the S&P 500 had reached a record. Then the President of the United States started tweeting.

In a fresh round of angry tweets in early May, President Trump threatened new tariffs on Chinese products. The bullish mood was shattered and stocks spiraled downward. The benchmark index ended May down 6.6%, its first monthly decline of the year and its worst drop since markets fell off a cliff in the latter part of 2018.

The S&P 500 fell 1.3% last Friday, after Trump tweeted that he would impose a new tariff on $350 billion in imports from Mexico that could rise to as high as 25%, unless the Mexican government took action to stem the flow of migrants across the U.S. border.

What’s behind Trump’s sudden trade pronouncements? His professed motivation is to punish unfair foreign competition that kills American jobs. With the new Mexico sanctions, he also seeks to influence that country’s immigration policies and secure the border, although how tariffs would accomplish that goal remains unclear.

Analysts see other factors at work, too. The embattled president probably wants to change the subject from the Russia probe, as well as fire-up his base ahead of the 2020 elections. But these political speculations are Beltway parlor games. Save them for the Sunday TV gabfests.

When Trump tweets tariff threats, the market is thrown into turmoil. Witness the sharp rise of the CBOE Volatility Index (VIX), aka “fear gauge.” Over the past month, the VIX has jumped nearly 47% (see chart).

Most financial and economic analysts insist that tariffs never work and merely wreak havoc. History proves them correct. But the White House isn’t just waging a fight against economic competitors; it’s attacking the post-World War II multilateral trading system that has been reducing trade barriers for more than 70 years. This ideological fight will drag on, for as long as Trump is in office. Strap yourself in for a long, bumpy ride.

In retaliation, the Chinese government said last Friday that it was creating an “unreliable entities list” of foreign companies and people, presumably the first step in denying U.S. technology (and sales) to Chinese companies.

Essentially, Beijing is creating a blacklist. For U.S. technology firms, the stakes are extremely high (see chart, compiled with 2018 statistics).

Throwing down the 5G gauntlet…

The real issue here is the U.S.-China battle for global economic dominance. Huawei is a leading developer of 5G technology, the “fifth generation” of wireless capability that provides faster and broader bandwidth than 4G. Under the “Made in China 2025” plan, the world’s second-largest economy has pinpointed the key industries that it views as strategic and seeks to dominate. A linchpin of this march toward hegemony is 5G technology.

The trade hawks in the Trump White House allege that Huawei is in cahoots with Chinese intelligence and military agencies and has been used as a conduit for stealing proprietary technology from the West. There’s some merit to these accusations, which of course the Chinese deny. When it comes to pivotal 5G technology, the White House is throwing down the gauntlet.

The result has been a swoon in the stocks of chipmakers, especially those involved in 5G. However, the trade war has clobbered sectors across the board, especially industrial, automotive, consumer products, and technology stocks.

Trade tensions aren’t new, but Wall Street has finally realized that tariffs are real, not mere negotiating tactics, and they’re here to stay. On top of that, optimism over economic growth has turned sour. 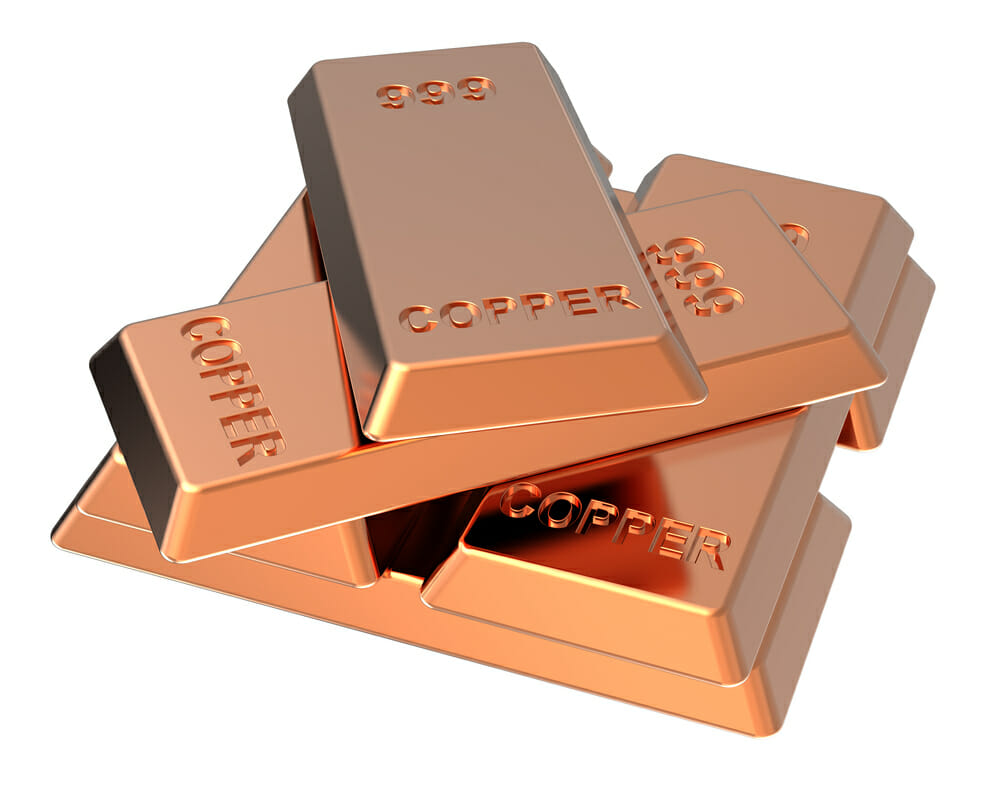 Prices for West Texas Intermediate and Brent North Sea crude have been slipping over the past month, as traders expect slowing growth to dampen demand for crude. Prices for commodities closely linked to Chinese growth, such as copper, contracted in May.

Copper is a widely used commodity so sensitive to economic conditions, it’s viewed as a leading indicator. Because copper is a time-proven predictor of economic trends, the red metal is said to have a PhD in Economics. Hence the metal’s nickname “Dr. Copper.”

And the prognosis from Dr. Copper? Not good. In May, copper prices posted their third straight and biggest monthly fall in three-and-a-half years, amid the recent sharp escalation of the trade war and worries that tariffs will torpedo growth.

China last week ratcheted up the trade spat by threatening to clamp down on access to “rare earth” metals that are essential to several industries. When it comes to rare earth metals, China accounts for about 70% of global production and possesses 37% of global reserves. The U.S. relies on China for about 80% of its rare earth imports.

Read This Story: Apocalypse When? Prepare Now for the Coming Recession

Government bond markets have been giving some of the loudest warnings, as long-term interest rates continue falling. The yield on the 10-year Treasury note has fallen to about 2.13%, its lowest level since September 2017. Think of falling yields as a financial shout, for the hard of hearing.

A contrarian investor seeking value might be tempted to buy inherently strong stocks that have gotten beaten down by the trade conflict, such as blue-chip manufacturers with extensive overseas exposure. Ordinarily, that would be a shrewd strategy. The problem is, uncertainty will reign as long as President Trump has unfettered access to his smartphone and Twitter account. These battered stocks could have farther to fall.

Trying to time the end of this trade war is a fool’s game, especially as the world enters uncharted territory. Stay cautious. Avoid trade-sensitive companies and pare back your exposure to large-cap industrial and technology stocks. Rotate your holdings toward safer havens that also offer growth, such as utilities and health services. The new normal is Twitter-induced chaos.

Questions about sector investing? Drop me a line: mailbag@investingdaily.com