The Great Game: Geopolitics and Your Portfolio

The most important commodity I know is information. That’s why long-time friend and colleague Richard Aboulafia, one of the most influential aerospace/defense analysts in the world, charges corporate clients thousands of dollars for an hour-long consultation. At international air shows, CEOs covet a seat at his dinner table.

But friendship has its perks. Last night, I obtained an hour of Richard’s insights for the price of a Guinness and a cheeseburger. 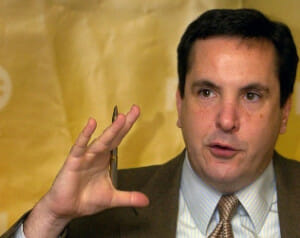 Richard (pictured) currently serves as vice president of analysis for the Teal Group, an aerospace/defense consultancy based in Fairfax, Virginia. (Full disclosure: In addition to my duties at Investing Daily, I occasionally perform freelance work for Teal.)

As geopolitical tensions heat up and global defense budgets soar, I thought that now would be a good time to interview Richard about the investment-related trends in the aerospace/defense industry.

No sane person likes war. But regrettably, it’s an unavoidable fact of existence. The history of humankind is one of ceaseless discord, which means investors can rarely go wrong by betting on the defense industry.

Intensifying great power rivalries have been hurting several asset classes, but they actually help the defense industry and its largest component, aerospace. For these companies, headline risk is manna.

The major players in aerospace/defense straddle more than one sector. The manufacture of war-making machines requires industrial might and the latest technology. As such, aerospace/defense is a strategic imperative for any major nation. That’s why the following Q&A deserves your attention.

John Persinos: How is the global trade war affecting the aerospace/defense sector? 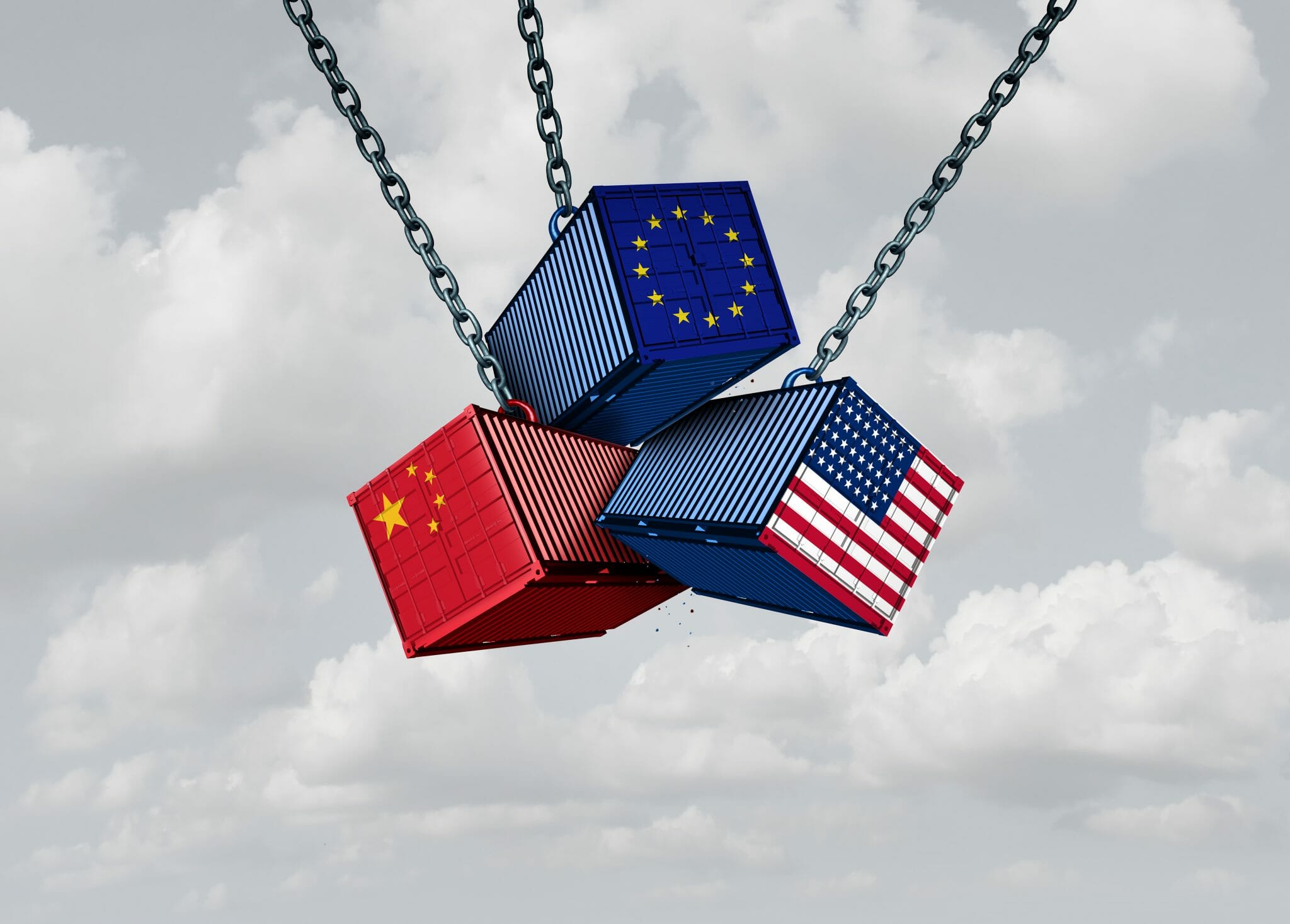 Having said that, the U.S. dominates talk of change. But if you look at President Trump’s threats and promises and proposals — the Border Adjustment Tax, abandoning NAFTA, exiting the WTO, aggressive trade threats against Canada, South Korea, the EU, and others — all of it has come to exactly nothing.

It’s hard to tell how serious he really is, and what’s just empty calories for his base. But the current situation with China might be a serious departure from this pattern of empty threats.

How will Brexit affect UK-based defense firms? Will they lose business to American competitors?

There are multiple areas of concern. The problem of border controls slowing component movements will be easily dealt with. The two bigger concerns are the UK’s access to pan-European aerospace and defense research programs, and UK participation in pan-European defense programs, such as a next generation fighter aircraft. However, British industry has ways of responding to this threat. British aerospace firms are quite innovative.

How has China’s pursuit of global hegemony affected defense budgets and the fortunes of U.S.-based defense contractors?

The rise of China is easily the biggest catalyst behind growing U.S. defense budgets. One of President Trump’s biggest initiatives was to reduce America’s role in the Mideast and to instead transfer defense resources to Asia. This hasn’t happened, and the U.S. has kept an enduring Mideast presence while still trying to ramp up in Asia. This, of course, means growing top-line defense budgets.

Do small- and mid-cap aircraft and weapons systems makers offer greater room for growth than their larger brethren?

For years, subcontractors have offered an appealing play for investors, relative to the primes. That’s not always true, but we do see mergers and acquisitions continuing to re-shape the landscape at the systems and sub-systems level, while the prime contractor landscape will likely stay as-is. For investors looking for M&A plays, small and mid-cap is the place to be.

Will demand for pilotless drones continue booming in 2019 and beyond?

This market growth for drones is over for now. The big military surge ran its course, and there has been a lot of irrational exuberance on the civil side of the business. Yes, drone technology remains in demand, but this niche has been on a tear for a long time and now that rapid growth is finally starting to plateau.

Growth in the future will come from a few complex and expensive systems, built by the traditional defense primes, and the smaller stuff doesn’t matter very much. Basically, drones are to jets as bicycles are to cars. Now that the boom is waning, it’s hard to see much of a big opportunity for investors. Timing is everything; the easy money is over.

What does China’s “Made in China 2025” blueprint mean for America’s strategic industries?

From an industry competitiveness standpoint there’s not much to worry about. So far, Chinese civil aerospace industrial policy seems to focus on inferior systems that copy Western platforms. However, if the trade war gets worse, the Chinese might just pursue strategic industries more for import substitution than for export.

Editor’s Note: My interview with Richard Aboulafia highlighted the great power chess moves occurring on the global stage. Worried about military tensions and how they might affect your portfolio? My colleague Jim Fink makes investment profits, no matter what the headlines have to say.

Jim Fink, chief investment strategist of Velocity Trader, has devised a trading system that racks up market-beating gains, regardless of stock market volatility or economic ups and downs.

Jim achieves consistent trading success via his proprietary trading system, called the Velocity Profit Multiplier (VPM). The product of painstaking trial and error, the VPM can predict when a stock is about to rise, or fall, with uncanny precision.

Jim’s VPM has now unearthed a trade that could generate up to 163% in quick profits. Click here for a free presentation.