If Corporate Crisis Hits, When Should You Sell?

As I often tell people, I am a long-term investor. When I buy a stock, in most cases I plan to hold it for years. I never put more than 2%-3% of my investment funds into it, so I can ride through the ups and downs.

Most of the time this approach works out, but even in the event that I ride a stock all the way down, it’s not a disaster. That’s the luxury of keeping your overall positions small.

A decision to sell is usually based on either finding a better potential opportunity, or in the event of a significant change in the business outlook for the company or the sector.

Today I will discuss the latter. The exception to my long-term philosophy is when I believe there is a fundamental shift in the outlook that isn’t likely to be resolved over the short term. I’m talking about a corporate crisis that poses an existential threat. Let’s look at three instructive examples.

Disaster in the Gulf

Once upon a time, I thought BP (NYSE: BP) was one of the better major oil companies. Then a refinery explosion in 2005 in Texas City killed 15 people and cost BP well over a billion dollars.

But BP had a market cap of $130 billion, and this wasn’t the kind of fundamental shift that would cause me to sell. It was, however, a warning flag over the company’s safety culture that would signal a much bigger disaster.

In 2010, the Deepwater Horizon oil spill killed 11 workers and spilled an estimated 4 million barrels of oil into the Gulf of Mexico. BP’s market capitalization was cut in half in about two months. For many years, the company had a huge liability hanging over them, and their brand will forever be tarnished.

If I had owned BP at the time, I would have sold it immediately despite my long-term outlook. To this day, the share price still hasn’t recovered to its value before the accident.

The Mother of All Data Breaches

When a credit card is hacked, a new card is issued. But the government won’t issue you a new Social Security number. In this case, what’s been done can’t be fixed. And the liability to Equifax could exceed the company’s worth.

In my view, this incident created a threat to Equifax’s very survival. It represented a clear change in the outlook for the company’s business. I didn’t own Equifax at the time, but I did sell the stock short (via options) immediately following the breach. I covered my position after a few days with a 48% profit.

Nearly two years later, Equifax’s share price still hasn’t recovered. The company faces one of the largest class action lawsuits in history. As with BP, Equifax is shouldered with a huge and uncertain liability. That means that no matter how far the stock falls, I wouldn’t be a buyer. And if I owned it, this is the kind of situation in which I would sell. (More aggressive investors might pounce on a situation like this; my style may not necessarily be your style.) 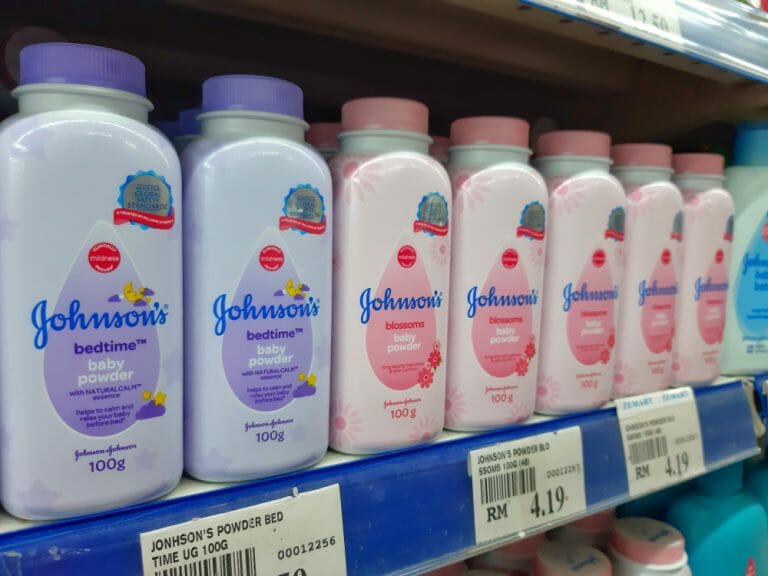 The health services giant is getting hit with judgments that claim that its talcum powder has caused cancer. (I seriously doubt this is really the case, but the potential liability is huge.)

JNJ is saddled with a massive reputational crisis to manage, as it tries to win back the trust of retailers, customers and investors. The company has embarked on an ambitious public relations campaign to tell its side of the story.

How well that PR plan is executed will determine how JNJ stock trades throughout this year and beyond, as the company grapples with the inevitable torrent of lawsuits and government investigations.

I did own JNJ but sold it last year at the first sign of trouble. Perhaps JNJ will come out of this crisis just fine, and investors can pick up shares at a nice discount. But there are too many other opportunities out there that don’t have this kind of uncertainty hanging over them. Never underestimate the persistence of trial lawyers.

Finally, let’s consider an entire sector. I started to believe that the coal sector’s prospects were growing dim about a decade ago. Governments around the world were passing laws designed to limit carbon dioxide emissions. At the same time, cheap natural gas and renewables began to put a lot of pressure on the use of coal in the power sector.

As a result, I have shunned the coal sector for years. For good reason, as a number of coal companies have gone bankrupt in the past decade. The one coal-focused fund I know about, the VanEck Vectors Coal ETF (KOL), has lost 67% of its value over the past decade.

Still, some coal companies have survived and even thrived. Coal will still be in demand for years. But the market is contracting, and my style is not to try to pick a winner out of a basket of losers.

I may be extra cautious about these matters, but you won’t catch me ever trying to catch the falling knife of a company (or sector) undergoing an existential crisis. When there’s smoke, I assume the fire is coming. And even if it doesn’t, there are plenty of places where there’s no smoke.