I took my twin grandsons to the playground yesterday and as they bounced on opposite ends of the teeter-totter, I thought of Wall Street’s recent behavior.

My toddler grandsons are twins of equal weight and size, which made their up-and-down ride a positive experience. But if one of them had greatly outweighed the other, the ride would have been one-sided and not much fun.

Which brings me to the stock market. Over the past few weeks, bad news has been routinely reciprocated by good news, creating an eventful ride but ultimately resulting in a reassuring sense of balance.

What’s keeping the stock market aloft? Growing expectations of a Federal Reserve interest rate cut, hopes that trade tensions can be resolved, and a resilient (albeit slowing) economic expansion.

To be sure, economic data have been mixed. The Labor Department reported last week that job gains for the month of May came in far below consensus expectations. But the bad news was balanced out by good news, because investors view a cooling economy as a stronger case for a Fed rate cut.

During this late stage of the economic cycle, you should continue to expect a mixed bag of reports. On the docket this week, the key reports to watch are inflation (Wednesday), and May retail sales and consumer sentiment (Friday).

Regardless of several dangers, especially tariffs, overall investing conditions are favorable. The economy remains on track, with inflation under control. Corporate earnings growth is slowing but not falling off a cliff as many analysts originally feared. The good news-bad news scenario has been ensuring equilibrium…so far. But it wouldn’t take much to send markets tumbling. 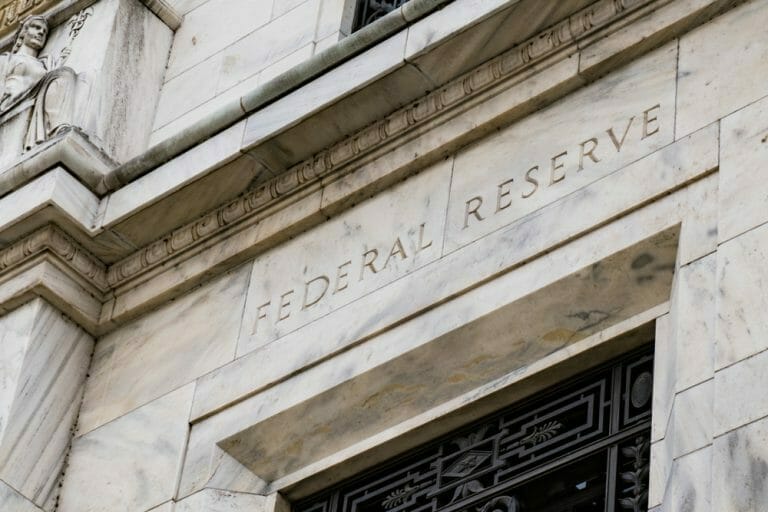 The Fed started raising its benchmark interest rate in December 2015; the expectation was that tightening would continue this year. But the Fed turned neutral in January and last week, hopes rose that the Fed would actually cut rates.

Risks posed by a trade fight with China and Mexico, combined with weak jobs data, suggest that a rate cut could be on the agenda when the Fed meets June 18-19.

Fed Chairman Jerome Powell cheered markets last week when he stated: “We do not know how or when these trade issues will be resolved…we are closely monitoring the implications of these developments for the U.S. economic outlook and, as always, will act as appropriate to sustain the expansion.”

The prudent path for investors right now is defensive growth. As we’ve seen, something as simple as an intemperate presidential tweet can immediately send the Dow plummeting by several hundred points.

Read This Story: How to Trade in the New Era of Chaos

You should be worried that the Twitter-sphere has such power to supersede fundamentals and rattle markets. Rumors can beget panic selling, which is accelerated by program trading. By their definition, “black swans” are unexpected. Any manner of digital insanity could trigger a flash crash.

Through a series of tweets last week and over the weekend, President Trump abandoned his proposal to slap 5% tariffs on all Mexican imports, caving to pressure from Senate Republicans as well as corporate leaders. Trump’s intended goal with the tariffs was to prompt the Mexican government to stem illegal immigration.

The president last Friday tweeted that a major compromise from Mexico on immigration made the tariffs unnecessary, but his announcement was to save face. The terms for the supposedly new immigration pact had been set in place six months ago. What’s more, what Trump touted this weekend as a “tremendous” agricultural deal with Mexico doesn’t really exist.

But investors don’t care about the political gamesmanship. Neither should you. All that matters is, the tariffs are off the table. Once again, bad news had morphed into good news. Wall Street heaved a collective sigh of relief, as well it should. As this chart shows, the stakes in this “game of chicken” are exceedingly high. 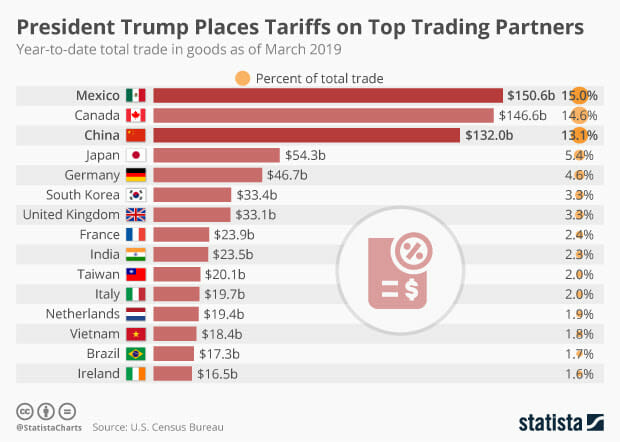 The threatened tariffs against Mexico would have damaged tightly integrated supply chains, dampened economic activity, killed jobs on both sides of the border (especially in the auto sector), and pushed stock markets lower… all without doing a thing to stem illegal immigration.

It brings to mind another Wall Street adage: Bull markets climb a wall of worry. As of this writing on Monday morning, the three major U.S. stock indices were trading sharply higher, fueled by exuberance that a crisis with Mexico had been averted.

The biggest negative surprise lately? To my mind, it has been slumping oil prices. It was only a few weeks ago that the overwhelming consensus called for higher oil prices, perhaps touching $80 per barrel, as inventories shrunk due to disruptions in supply from major producers such as Iran and Venezuela.

However, as analysts fixate on tariffs and interest rates, the energy bear has awakened from hibernation. Crude oil markets are responding to increasingly pessimistic forecasts for global economic growth in 2019. At the same time, recent government data point to an unexpected surge in inventories.

The U.S. Energy Information Administration (EIA) last week reported a weekly build in crude oil inventories, at a hefty 6.8 million barrels. This compares with a draw of 4 million barrels for the previous week. 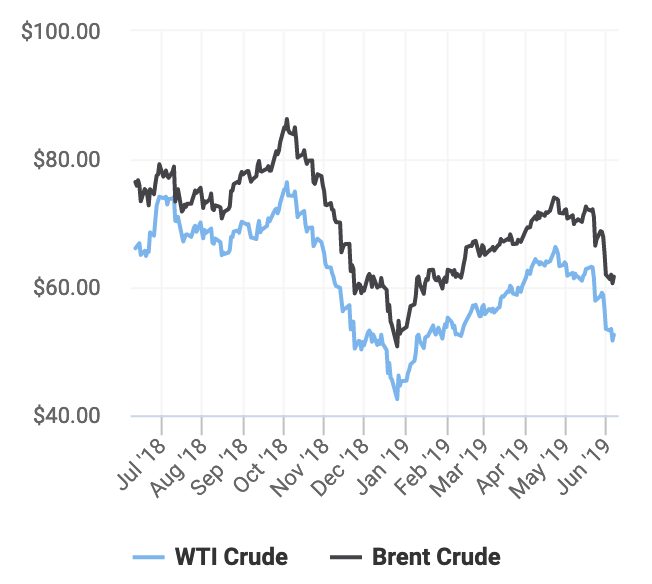 Fears of slowing demand, combined with signs of a global glut, have weighed on oil prices. Lower energy costs are a boon for consumers and many companies, but if crude’s slide persists, energy equities will take a pounding that could spill into broader markets. Wall Street tends to interpret prolonged bearish conditions in the energy sector as a recessionary signal.

I doubt we’ll see a repeat of the great oil price crash, when crude peaked at $114/bbl in June 2014 and by February 2016 had fallen to a low of about $28/bbl. But the energy patch is hurting again, which triggers unpleasant memories. The price of $50/bbl is widely considered to be the level at which energy producers can break even; WTI now hovers at $54/bbl.

Additional red flags abound. Economic recoveries typically last about eight years; the current one is more than a decade old. Some analysts are even predicting that a recession could occur before the 2020 election.

In the U.S. and Europe, business confidence is falling amid increasing political turmoil and the relentless tariff fight. The stimulus from the 2017 tax cut is waning and analysts are downgrading their estimates for second-quarter earnings growth. Angry “populist” forces threaten the stability of societies in the U.S. and Europe, while Western rivals such as Russia, China and North Korea get increasingly aggressive.

The proper asset allocations right now, generally speaking, are 50% stocks, 25% hedges (such as gold and other precious metals), 15% cash, and 10% bonds.

Enjoy the seesaw ride, but stay cautious and diversified. Any number of factors could throw investors off balance.

Questions or comments? Drop me a line: mailbag@investingdaily.com.