The Big Interview: Our Greatest Hits

Music executives will tell you that “greatest hits” albums are typically big sellers. I’ve loved the genre ever since I was a long-haired teenager. One of my favorites is the ironically titled 1970 album: The Worst of Jefferson Airplane.

In the spirit of giving you a sampling of our best advice, I’ve put together a selection of questions-and-answers from recent Big Interview installments.

On the day after the July 4 holiday, trading on Wall Street tends to be light, especially if it’s a Friday. Now’s a good time to reflect on the outstanding insights of our chief investment strategists, who collectively claim many decades of market experience. For all questions, I’m the interviewer.

Q: Until the trade slugfest ends, how should investors protect their portfolios from tariff-induced turmoil?

A: The simple solution is to buy a put option on the SPDR S&P 500 ETF (SPY) at a strike price that protects most of your portfolio. A put option increases in value when the underlying security goes down in value. That way, you don’t incur the transaction fees and tax implications of liquidating your entire portfolio. Instead, you are essentially purchasing an insurance policy on the overall stock market.

Alternatively, you could simply place stop orders beneath your equity positions to ensure that you are sold out of those positions if the market tanks.

In that case, you would incur any transaction fees and income taxes due, but you would also be out of the market at a price that is acceptable to you. Paying some tax on a gain is always preferable to paying no tax on a loss!

Q: Analysts are downgrading corporate earnings expectations for the second quarter, largely because of slowing global growth and the damage to business conditions from tariffs. What are your expectations for second-quarter profits for the S&P 500?

A: The consensus for the second quarter seems to be a drop somewhere near the 2.5% mark. Feeding into the expectation is that many companies have lowered the bar for themselves by cutting guidance.

Generally, companies prefer to keep expectations low to make it easier to “over deliver.” When it’s all said and done, I expect the actual decline to be 2% or better. Provided no negative surprise comes from the trade talks, the market should take the earnings season in stride.

Q: The trade fight is escalating into punch/counterpunch, Iran and the U.S. are rattling sabers, and Brexit is a mess. How does this geopolitical turmoil affect oil and gas prices and global stock markets? How can investors protect their portfolios?

A: There is a lot more risk in the markets right now than I think investors appreciate. Wall Street has gotten complacent. It’s been a long time since we have had a 20%+ down year in the S&P 500, but historically the market has averaged one of those nearly every decade for the past 90 years.

The last big market crash occurred in 2008, when the S&P 500 declined by nearly 40%. It took a few years to recover from that one, and if investors are near retirement age or can’t otherwise afford the time to recover from a big loss, they should really get defensive and shift more into fixed income investments or in defensive sectors like utilities.

Q: What are the worst geopolitical risks bedeviling investors today? Is it Russian expansionism, North Korean saber rattling, the U.S.-China trade war, Middle Eastern strife, Brexit… or is it something else? I guess by their very nature, “Black Swans” are always surprises.

A: The trade war is a big risk, and some kind of trade war is likely in the next year or so. Eurozone tensions are almost certain to flare up over time. These are two risks that everyone knows about and understands. Markets will react quickly to these.

Everyone also knows about the risks in Latin America, but many seem as if they want to ignore them. Venezuela is imploding and spillover from the collapse of that country is likely to affect neighboring countries like Brazil and Colombia.

Brazil faces political turmoil, where corruption and social unrest are widespread. Colombia also is corrupt and violent as drugs continue to cause problems in that country.

Q: You’ve often stated that the insiders on Wall Street have rigged the system against retail investors. How so?

A: Technology, speed and knowledge.

With the rise of high-frequency trading, the folks on Wall Street can receive, process and trade data in the blink of an eye.

Many of the top firms have sunk millions, if not billions into private fiber optic lines linked directly to exchanges, supercomputers, and algorithms that allow them to exploit minute movements and patterns in the market in fractions of a second.

For the average investor, this just isn’t possible. Most investors enter trades through their brokerage account, which is then sent on to the exchange. It’s like snail mail compared to Wall Street’s ultra-sophisticated capabilities.

Q: You’ve written several prescient books about the emergence of China as an economic rival to America. In which areas does China pose the greatest threat to America and how should investors position themselves?

A: The greatest threat to the U.S. from China’s emergence will be commodity scarcities. They will have the potential to drive down economic growth and apply pressure to stock markets. 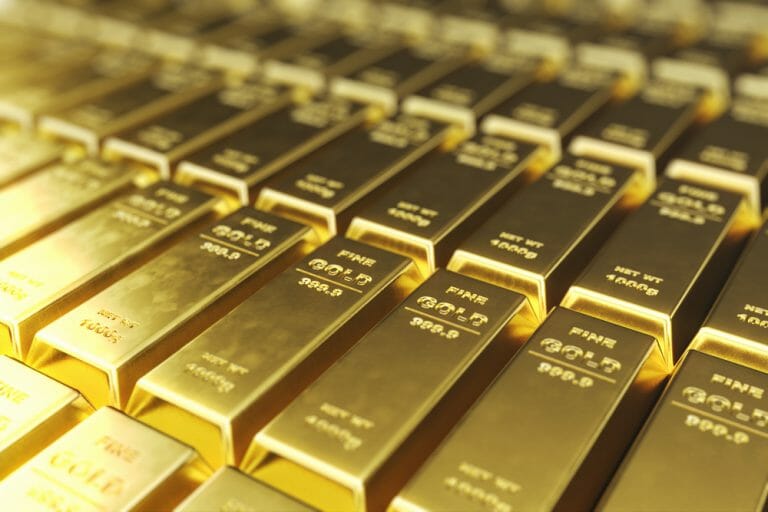 Scarcities are just beginning to show up now, but I expect they will intensify over time. One investment implication will be rising gold prices, as I will explain.

I would recommend that for now investors have around a 10% weighting in precious metals and especially gold and a somewhat smaller weighting in major diversified commodity stocks.

Q: What’s the difference between investing and trading?

A: This quotation from Benjamin Graham, the father of value investing sums up the difference: “In the short run the market is a voting machine. In the long run it’s a weighing machine.”

Investing is a long-term proposition, where the value (i.e., the weight of discounted cash flows) of a stock eventually determines its price. By contrast, trading is a short-term activity, where supply and demand (i.e., the votes of buyers and sellers) determine a stock’s current price.

Successful traders use a plan and have the discipline to stick to it. The fact that some traders are billionaires suggests that short-term trading can be profitable if you do it right.

Editor’s Note: When it comes to profitable trading, few experts are as successful as Jim Fink. We’ve just released Jim’s new presentation. It explains how average retail investors can use one simple technique to earn steady income payments of $1,150, and $1,500, and even $2,800… every single week.

This is something you won’t want to miss. Here’s what one loyal follower recently wrote:

“Your investing technique is simply outstanding! I’ve been using it to make steady income for over two years now.”