The Recession-Resistant Power of Utilities

The doom-and-gloomsters point to the mounting risks at home and abroad and tell you to flee the stock market. They’re wrong.

Many analysts are calling for a recession to hit within the next 12-18 months. We’re also likely to suffer a stock market correction before the end of 2019. But you don’t have to sit on the bench. You can stay in the investment game, by investing in companies that provide “essential services.”

Whether we’re in an expansion or contraction, in a bull or bear market, people will always need certain necessities.

For today’s Mind Over Markets, I’ve decided to step back from the daily gyrations of the financial markets, to cast a spotlight on an essential services industry with resilient appeal: utilities. In a recession or stock market crash, people will always find a way to pay the power bill.

As the British government devolves into a Monty Python skit and the world’s two largest economies pursue a destructive trade war, you should focus on long-term investment trends that are unstoppable. The growing need for utilities will never wane.

Utilities confer growth, safety and income, in good times or bad. In these fraught market conditions, when the daily news sometimes seems like a nightmare, utilities are a sleep-well-at-night sector.

Utility companies for gas, electric, water and other forms of power often operate under federal and state government regulations. Sure, this oversight can curtail the freedom of management’s decision-making, but it also acts as a barrier to entry in a vital market.

Protected from competitors, utilities can become entrenched as a dominant economic force in an entire community. That helps make utilities recession-resistant. Utilities also are buffers against the global trade war, because they derive zero revenue from China.

Where else is your money safe, growing and paying you income? Not in Treasury bonds. Their yields are at their lowest in history. Corporate bonds are riddled with default potential, CDs and money market funds barely keep up with inflation, and most stock sectors are poised for a correction.

Small wonder, then, that utility stocks have been on a tear this year, as investors seek safety. As of the market’s close Thursday, the benchmark Utilities Select Sector SPDR (XLU), the largest utilities exchange-traded fund by assets, had returned 22.3% year to date, compared to a YTD return of 18.7% for the SPDR S&P 500 ETF (SPY).

The XLU has outperformed the S&P 500 this year, even though the latter is “growthier” and hence riskier. Indeed, quality dividend-paying utility stocks have a lot to offer. Unlike bonds, stocks offer potential dividend growth and share-price appreciation.

You don’t have to be an income investor to love dividend-paying stocks like utilities. Dividend-payers are time-proven vehicles for long-term wealth building, but they’re also safe harbors in turbulent seas because companies with robust and rising dividends by definition boast the strongest fundamentals.

If a company has the low debt and healthy cash flow required to throw off juicy dividends, it follows that the balance sheet is intrinsically sound enough to sustain the firm through corrections and economic downturns.

Let’s now focus on one type of utility that I think stands out as a profitable opportunity, as well as a hedge against current market risks.

In recent issues, I’ve recommended gaining exposure to precious assets such as gold. Want to invest in a natural commodity that’s becoming even more precious than gold? Consider water.

That’s right, water. Societies around the world are increasingly bedeviled by a global water crisis, spawned by climate change, worsening pollution, overpopulation, poor agricultural practices, and the woefully inadequate funding of environmental agencies. Companies involved in the purification and provision of clean water represent the sort of unstoppable trend you should get aboard.

Mark Twain predicted our global water crisis more than 100 years ago when he famously said: “Whiskey’s for drinking, water’s for fighting over.” Scarce even then, water is in critically short supply now — and the scarcity is getting worse.

According to a recent study from the scientific journal Nature, the world’s stores of groundwater, which accumulate over millennia in aquifers, are vanishing at an alarming rate. The result is persistent demand for reliable sources of clean, potable water.

Human beings will continue to need water, regardless of the cyclical gyrations of the stock market and economy. Water utilities are recession-resistant and should weather the correction in equities that many analysts predict will occur before the end of this year.

Climate change is exacerbating pollution and extreme weather, which in turn threatens natural water supplies. Whether you think rising global temperatures are human caused or not makes no difference: the overwhelming scientific consensus is that it’s real and getting worse. You can expect a steadily increasing number of fierce storms like Hurricane Dorian to wreak mayhem. 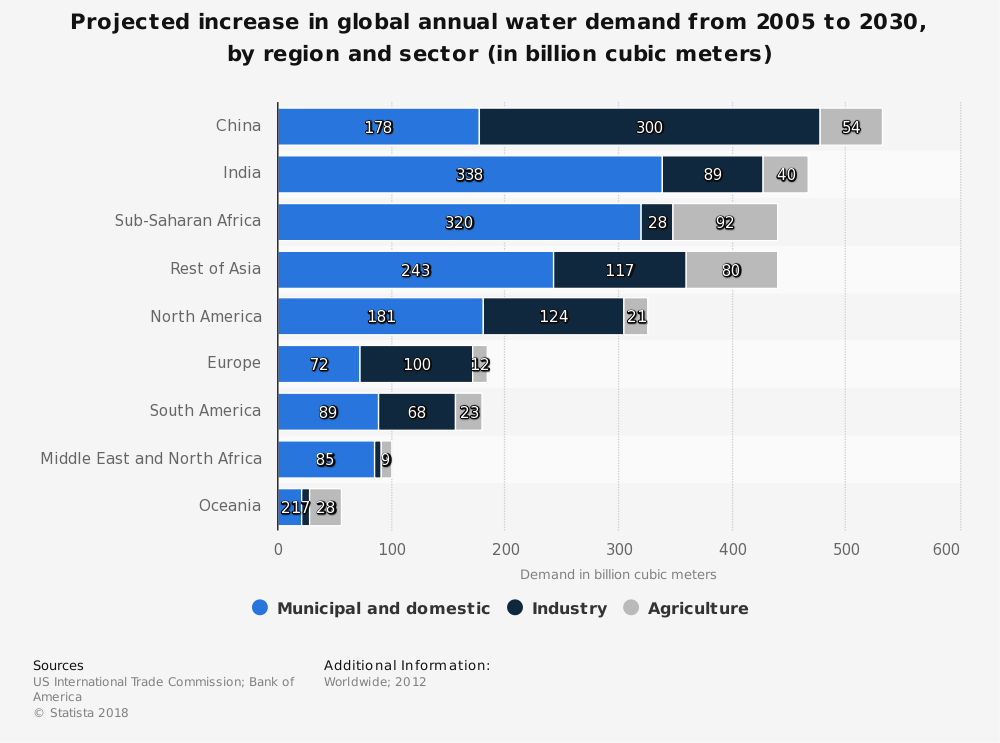 The desert kingdom has launched a sweeping strategy to modernize and diversify its economy. By 2030, the Saudis expect non-oil government revenue to increase six fold. Among these initiatives is a huge investment in water purification, production, storage, and distribution.

Many investors consider utility stocks to be “boring.” If everything that I’ve just described is boring, sign me up.

Have a question or comment? Send me an email: mailbag@investingdaily.com