A Bricks-and-Mortar Retailer Immune to Amazon

“Disruptive” is a term that’s heard quite a bit in the world of investing. It refers to how innovation can change the way people live and the way companies do business. Notable examples of corporate disruptors are Apple (NSDQ: AAPL) and Amazon (NSDQ: AMZN).

The late Steve Jobs, co-founder of consumer tech giant Apple, said that people don’t know what they want until you show it to them. Apple certainly did that. The iPhone revolutionized the way we use phones and made the smartphone a centerpiece of many people’s lives.

E-commerce pioneer Amazon, on the other hand, changed the ways we shop and the way companies manage their supply chains and sell their goods.

Amazon truly disrupted the retail industry and the competitors that were unable or too slow to adapt have fallen by the wayside. This is why whenever there’s even a rumor that Amazon is eying a new industry, the stocks of companies in that industry will usually fall.

However, mighty as Amazon is, it cannot corner every nook and cranny of the market, and some retail companies have thrived in their own niche. One such player is Burlington Stores (NYSE: BURL). Its stock recently set an all-time high, in contrast to many other retail stocks.

Burlington Stores used to be called Burlington Coat Factory. To this day I remember memorable TV ads I saw as a child for that company. But while it’s good for a business to have a brand name that rings bells, a name that narrowly emphasizes a seasonal product like coats could limit its market. 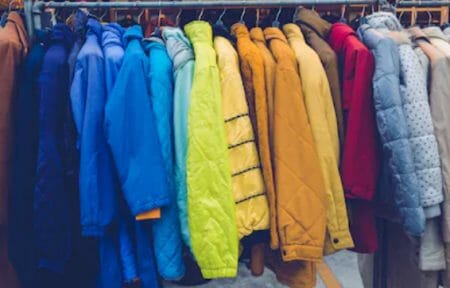 That prompted Burlington to change its name to make it plain that it sells a lot more than outerwear.

Burlington, with roughly 700 stores spread across 45 states and Puerto Rico, now sells a wide arrange of apparel, footwear, home products, jewelry, and accessories. Coats contribute only about 5% of sales.

The company operates an “off-price” model, selling brand-name goods at below the usual retail price. The model’s selling point is value: You get quality products for less.

Burlington buys excess inventory from brands and designers at deep discounts and sells the merchandise at below-market prices.

High-end brands and designers prefer to sell their overstocked merchandise discreetly through stores like Burlington rather than offer direct discounts that could tarnish their image.

Burlington keeps its online presence small, which I see as a smart strategic decision. It focuses on whetting consumers’ appetites for attractive bargains by promoting the notion of a “treasure hunt” in its stores, which are designed with appealing and organized displays and feature rapid turnover of merchandise.

The idea is to create a sense of urgency: If you don’t buy now, you won’t have another chance. And it encourages repeat visits, because shoppers won’t return to a store whose selections rarely change. 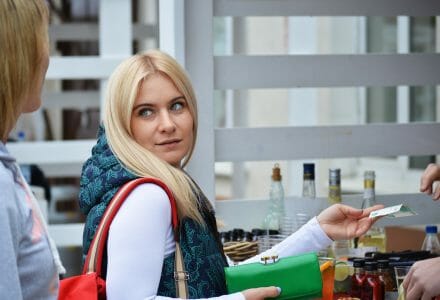 The momentum is still going and the company recently raised its 2019 revenue and profit outlook for 2019.

Burlington faces a major challenge. After conditioning its customer base to expect quality products at low prices, the company must continue to manage relationships with its brand and designer suppliers to keep costs low.

The company’s off-price model won’t work if costs get out of control. The retail business is cutthroat and the company competes against larger rivals such as TJX Companies (NYSE: TJX) and Ross Stores (NSDQ: ROST). It could be difficult to recover from a misstep, but so far, Burlington is proof that with a smart strategy, a company can thrive in even the most difficult industries.

But maybe retail stocks aren’t right for you. If you’re looking to make market-crushing gains in a short amount of time, tap into our exclusive cannabis trading workshop. We’ll show you how to make life-changing amounts of money, within a highly lucrative (but largely unknown) sliver of the marijuana market.

The legalization of marijuana is one of the greatest investment opportunities you’ll ever see in your lifetime. Talk about disruptive! Legal cannabis is a massive game-changer. But here’s the snag: the industry is getting crowded and a shake-out is imminent. You need to pick the right marijuana stocks.