Investing Advice From a Legend

Back when I first started investing in the late 1980s, Peter Lynch was already an investing legend. Lynch ran Fidelity’s Magellan Fund from 1977 to 1990, earning a reputation as arguably the best fund manager in the business. During his tenure, Fidelity Magellan’s assets under management grew from $18 million to $14 billion.

Lynch has authored best-sellers on investing, including One Up on Wall Street and Beating the Street. He influenced the thinking of numerous investors, including me just as I was getting started. Lynch recently sat down for an interview with Fidelity Viewpoints, a weekly newsletter from Fidelity in which they share investment articles.

I want to share a small part of this interview and add my own perspective. You can read the interview in its entirety here. Lynch shares his approach to investing and admits he had flops along with way. (I actually sent this interview to my youngest son and asked him to read it before investing in the market.)

The importance of risk tolerance…

I write a lot about knowing your risk tolerance. That’s important, because if you haven’t carefully thought about this beforehand, you risk jumping out of the market during a panic, which is probably exactly when you should be jumping in. Lynch said:

On the way to work, the amount of bad news you could hear is almost infinite now. So the question is: Can you take that? Do you really have faith that 10 years, 20 years, 30 years from now common stocks are the place to be. If you believe in that, you should have some money in equity funds.

It’s a question of what’s your tolerance for pain. There will still be declines. It might be tomorrow. It might be a year from now. Who knows when it’s going to happen? The question is: Are you ready — do you have the stomach for this? Most people do really well because they just hang in there.

You will often hear me advise investors to ignore the ups and downs, but if your time horizon is short-term, you shouldn’t have those funds in equities anyway. That advice alone can make a tremendous difference over your lifetime. Hang in there.

Long term, the stock market’s a very good place to be. But I could toss a coin now. Is it going to be lower 2 years from now? Higher? I don’t know. But more people have lost money waiting for corrections and anticipating corrections than in the actual corrections. I mean, trying to predict market highs and lows is not productive.

On the topic of knowing when to sell, I often explain that if the underlying story of the stock — the reason I bought into it in the first place — has changed, then that’s perhaps a reason to sell. Or if the underlying fundamentals of the market appear to be changing. For example, I have advised people for a decade to largely avoid companies in the coal sector, because of major changes in the power sector. Lynch says something similar:

Deciding when to sell is exactly the same thing as when you buy it. You have a certain story — why I bought this. This company’s going from crummy to semi-crummy to getting better. And the company has plenty of cash, so they’re not going to go bankrupt. You have to define when a company is getting close to maturity, and that’s when you exit. Or the story deteriorates. If the story’s intact, you hold on.

Great investing advice from a legend. In this case, a man whose advice had a large impact on my life-long approach to investing. 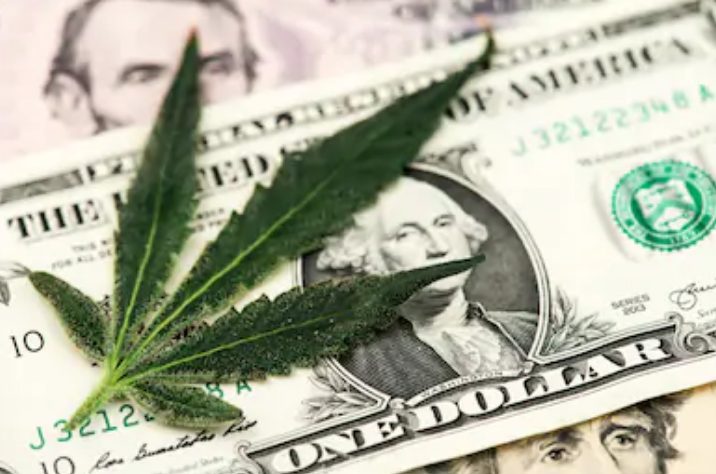 There’s one opportunity in particular that the Investing Daily team wants to bring to your attention: the booming marijuana industry. If you’re looking to reap market-crushing gains in a short amount of time, tap into our exclusive cannabis trading workshop.

We’ll show you how to make life-changing amounts of money, within a highly lucrative (but largely unknown) sliver of the marijuana market.

The legalization of marijuana is one of the greatest investment opportunities you’ll ever see in your lifetime. For investors, it’s a game-changer. But here’s the snag: the industry is getting crowded and a shake-out is imminent. You need to pick the right marijuana stocks.

Some cannabis-oriented stocks are poised to be winners, others will be losers. That’s where Investing Daily’s special event comes in. We can steer you toward the marijuana winners. Click here for full access.