When talking about conservative investing and investing for dividend income, people usually first think about the usual suspects: telecoms, utilities and consumer staples.

This is understandable because historically these types of companies have indeed fit that description. They tend to be slow growing, but they are relatively recession-proof and generate steady cash flow.

It may surprise you to hear that certain biopharma companies are also excellent dividend payers.

Yes, the same biopharma (also called “biotech”) that have a reputation for wild price swings.

You see, biopharma is a large field and there are many companies of different sizes. The small ones are sometimes feast-or-famine propositions fit only for those with strong stomachs. But there are also large, well-capitalized biopharma companies that generate billions of dollars in revenue a year.

Here I will highlight two multi-billion companies that have become reliable sources of growing dividend income.

Just a few years ago, Gilead Sciences (NSDQ: GILD) hit one out of the park with its hepatitis C drug sofosbuvir, sold under the brand names Sovaldi and Harvoni. The drug had a cure rate as high as 95% in patients with a certain type of hep C. The miracle drug added to Gilead’s existing HIV franchise and it looked like the company was hitting on all cylinders. 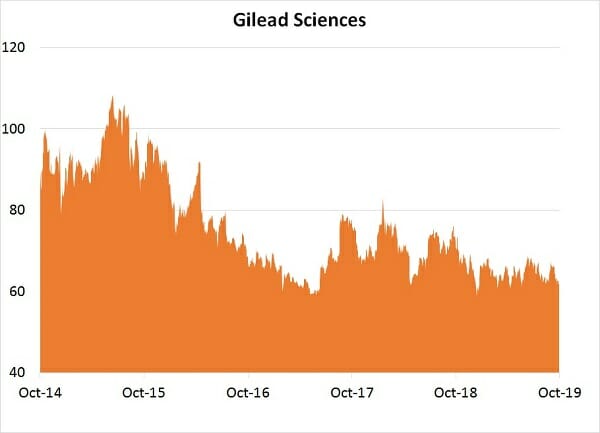 But then something happened.

The drug worked too well. When patients are cured, they don’t need the drug anymore. And when other new competing hep C treatments hit the market, Gilead had to lower prices.

The company didn’t have another new blockbuster to pick up the slack. The end result is that since peaking at $32 billion in 2015, revenue has fallen in three straight years, to $22 billion last year.

From Growth to Income

To be fair, $22 billion is still double Gilead’s 2013 revenue level. But as it stands now Gilead is is no longer a growth stock. Instead, it’s become an income stock. 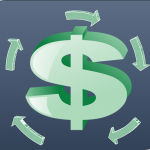 The company’s flagship HIV and hep C franchises are still strong despite lower pricing. Gilead serves an estimated 80% of HIV patients, and about 40% of hep C patients despite tough competition. Even assuming no growth, Gilead’s two main franchises will contribute many billions of dollars in revenue for years to come.

Even though sales aren’t growing, Gilead still generated $7.4 billion in free cash flow last year. It paid out a little over $3 billion in cash dividend, so there’s more room for the dividend to grow. The stock currently yields about 4%.

Amgen (NSDQ: AMGN) is another biopharma bigwig that has become a steady dividend payer. The company is best known for Neulasta and Enbrel. Neulasta helps to prevent infection in chemo patients, and Enbrel treats rheumatoid arthritis and other related autoimmune problems. 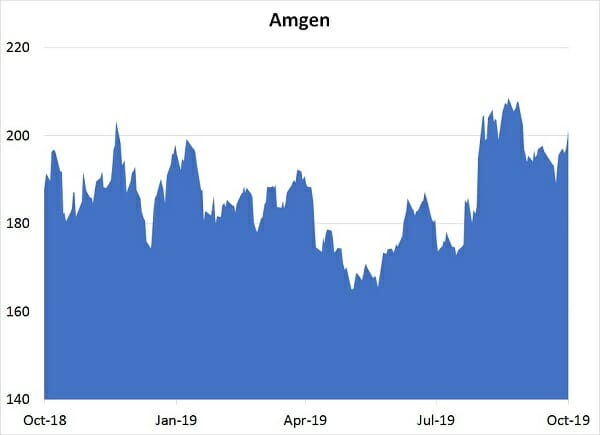 Revenue growth has likewise slowed. Last year, revenue fell for the first time since 2009. Still, like Gilead, Amgen generated billions of dollars in free cash per year. In 2018, free cash flow was north of $9 billion and it paid about $3.5 billion in cash dividend. This, too, suggests room for further dividend growth.

Amgen initiated a dividend policy back in 2011, at $0.28 per share per quarter. Since then, the dividend payout rate has grown to $1.45 per share every quarter. The company’s dividend growth rate since 2015 is about 17% per year, even better than Gilead. The stock currently yields about 3%.

I’ve just highlighted compelling (and for many investors, surprising) sources of dividend income. But maybe you seek higher income at a faster pace. That’s where my colleague Jim Fink comes in.

As chief investment strategist of Options for Income, Jim has been using seasonality to trade options very successfully.

In fact, Jim has developed a “profit calendar” trading system that allows you to collect payments every Thursday, similar to a paycheck. These payouts can range in value from $1,150 to $2,800, but average out to $1,692.50.

It’s like getting an extra paycheck, week in and week out. The gain is so reliable, you can schedule it on your calendar. Jim made himself a wealthy man with his system. Now he wants to share his income-generating secrets with you. Click here for details.