I recently received a news alert that highlighted the extent of the current bear market in energy stocks. Typically, late in a business cycle and with a potential recession on the horizon, some sectors that tend to fare well are utilities, real estate and energy. That has been the case with the utilities and real estate sectors, as they are two of the top-performing S&P 500 sectors over the past year.

But the sell-off in energy has been brutal. Market data provider FactSet sent a recent alert that showed how many companies in various sectors were setting new 52-week highs and lows. The energy sector stood out: 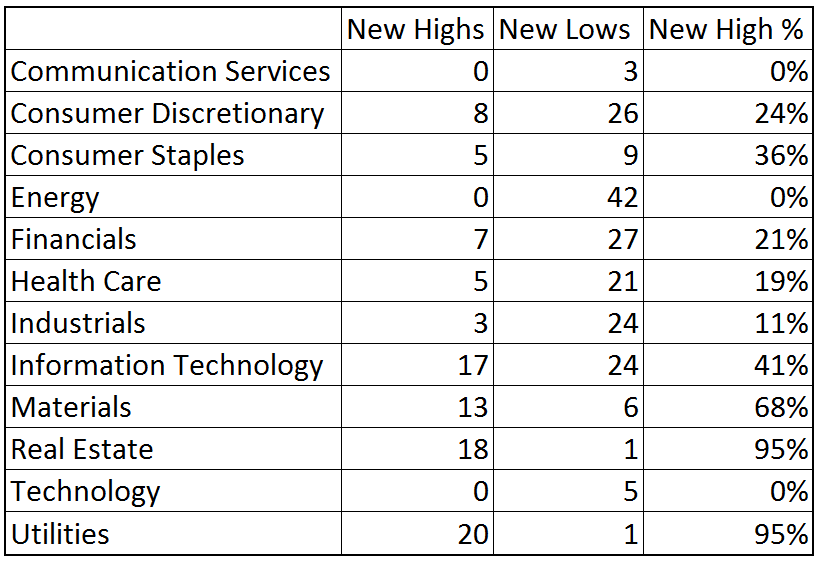 Note that while 95% of the 52-week marks in the utilities and real estate sectors were highs, that mark was 0% in the energy sector. Further, the energy sector had far more new 52-week lows than any other sector, with 42.

The energy sell-off has been indiscriminate, taking down healthy and unhealthy companies and segments alike. It has even hit one of the healthiest sectors this year — the master limited partnerships (MLPs) — which consist largely of the companies that transport and store oil and gas.

Alerian is an independent provider of energy infrastructure and MLP market intelligence. Its benchmarks are widely used to analyze relative performance of the MLP sector. Alerian’s latest research note looks at distribution coverage for the 22 constituents of the Alerian MLP Infrastructure Index (AMZI). For context, the AMZI represented 94% of the total midstream MLP market capitalization as of the end of July. 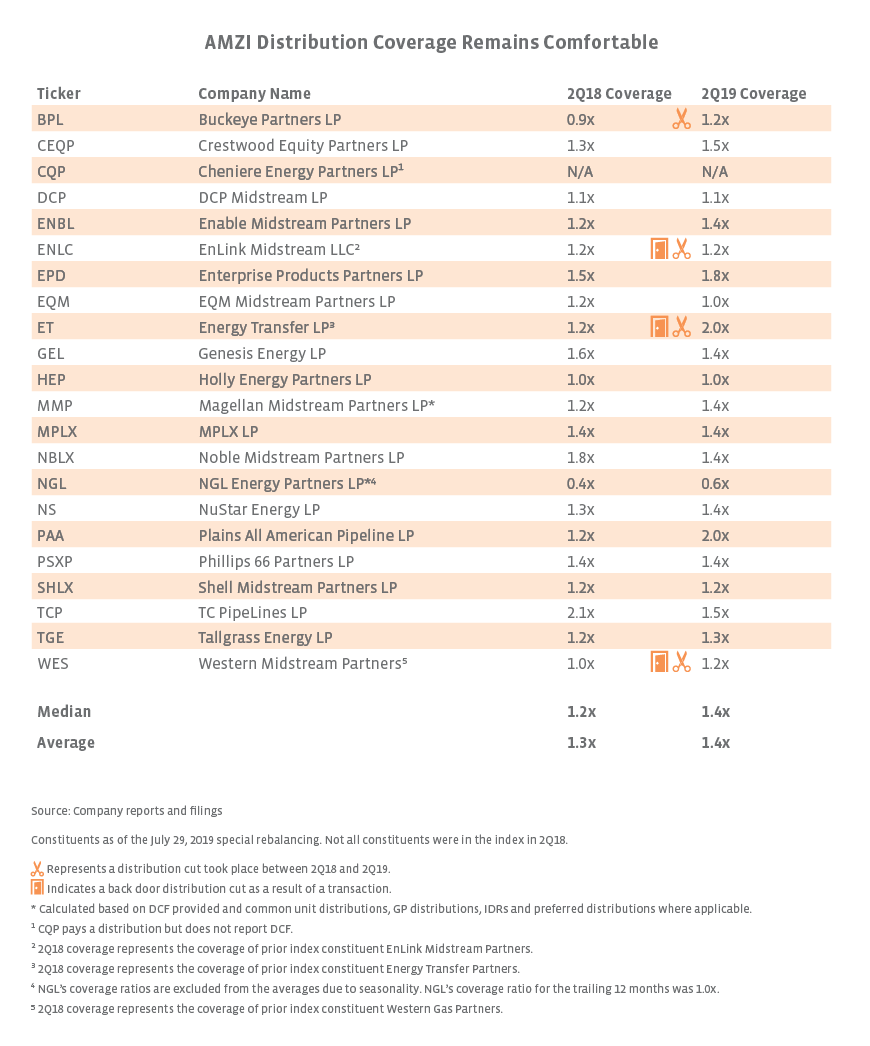 In contrast to much of the energy sector, this analysis shows a segment that is generating enough cash to cover its distribution, as well as one that has improved year-over-year. In 2018, these companies generated on average about 30% more cash than necessary to cover their distributions. A year later, that excess has risen to 40%. Notably, several of the companies that were on the lower end of last year’s distribution coverage announced distribution cuts, which is exactly the kind of warning signal a low distribution coverage can provide.

The AMZI Index presently yields 8.7% compared to its five-year average of 7.3% and ten-year average of 6.8%. With the bond markets at historic lows and investors desperately seeking yield (as evidenced by the performance of utilities and real estate), MLPs are presently extremely attractive. Their coverage ratios are healthy and getting better, yields are above normal, and the recent sell-off means the sector is on sale.

As the Alerian research note concludes, “Improving distribution coverage should give MLP investors confidence when it comes to the quality of the distributions being paid, even as yields remain elevated.”

But MLP investing isn’t suitable for everyone. In next week’s article, I will review this important income-producing vehicle, and provide some guidelines to help readers determine whether they should devote some money to MLPs.

Editor’s Note: Investing Daily’s Robert Rapier just discussed the search for high yields in the energy sector. Looking to make even higher income, in a faster amount of time? Turn to our colleague, Jim Fink.

Jim Fink, chief investment strategist of Options for Income, has developed a “profit calendar” trading system that allows you to collect payments every Thursday, similar to a paycheck.

It’s like getting an extra paycheck, week in and week out. In fact, the gain is so reliable, you can schedule it on your calendar. Jim made himself a wealthy man with his system. Now he wants to share his secrets with you.

How does Jim do it? Click here for his presentation.