Your Best Investment Moves for 2020

War is a crucible…and so is Wall Street. Which brings me to Amber Hestla. 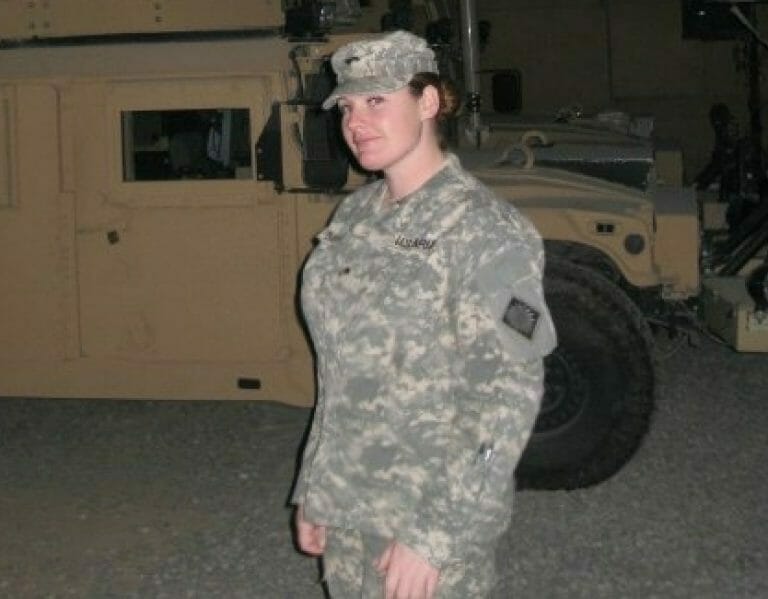 She also served in Operation Iraqi Freedom. While deployed overseas with military intelligence, she learned the importance of interpreting data to forecast what is likely to happen in the future.

Amber has developed a rare analytical skill that helps her find hidden investment gems that go on to score market-crushing gains.

What’s her take on what’s happening now? Let’s find out.

The Federal Reserve last month cut interest rates again. Will it do any good? For example, business investment has been declining, but can lower rates really incentivize greater corporate spending?

Low rates aren’t enough to drive corporate spending. Stable policies drive spending. The Fed is telling us that they will keep rates low which is a signal that they believe inflation will remain low. Their actions indicate money will be available for sound corporate expansion opportunities. So, monetary policy is stable.

Read This Story: Powell Speaks! So…What Did He Mean?

The problem isn’t the availability of money. The problem is the volatile political policy environment. If you follow the news, you know policy is volatile in the U.S. but this a global problem. The Federal Reserve’s World Uncertainty Index shows the uptrend in global turmoil.

Until policymakers bring some stability to the world, and that means at least a resolution to Brexit, an end to the immigration crisis in Europe and agreements with China on trade and other matters, we should expect slow economic growth.

Fortunately, growth is slow but steady. GDP growth of 2% isn’t great but it’s good enough that the stock market can rally.

Investors have been cheered by recent U.S. employment data, but is the jobs picture really as rosy as the government depicts?

Yes, jobs are a bright spot in the economy. So that part of the picture is rosy.

But wages aren’t growing so jobs with low wages and no benefits are readily available in many parts of the country.

The important point here is that even though the jobs data is good, there is a perception that the job market is weak. That’s because wages are barely keeping up with the cost of living. In the economy, perception is important. That’s true for the stock market as well.

Jumping to stocks, the current market price, in my opinion, reflects just two factors, intrinsic value and sentiment. That’s always true, not just now but those two factors explain all historic price moves and will explain all future price moves.

Intrinsic value is what the company’s worth. Defining this value is the focus of value investors. But stocks rarely trade at their intrinsic value. That’s because of the sentiment factor.

When sentiment turns down, investors need to worry. I spent a lot of my time analyzing sentiment data and I see nothing significant today, but that can and does change quickly.

I don’t know the date, but I know it will be when sentiment turns. Next year is very important from a sentiment perspective because it’s a presidential election year. As we get close to the election, sentiment could shift.

In the short run, impeachment and Democratic debates will dominate the news in the early months of 2020 and, right now, I don’t expect either of these events to be significant to investors.

To understand why, let me share the view of an analyst I saw on CNBC. Talking about a plan one of the candidates proposed, he said it was like saying the candidate proposed buying a unicorn and paying for it with another unicorn.

In other words, the candidates are not grounding their campaigns in reality and everyone knows that. It’s amazing but no current candidate seems to have proposed anything that could actually get through Congress or withstand a court challenge.

Later in 2020, when polls give us good insights into how the election will unfold, we should see the market react. There could even be an acceleration of the bull market.

I’m not sure how we get there next November but I expect to see gridlock with control of the branches of government split. If that happens, the bull market could continue since it means Washington will be unable to do any harm to the economy.

As 2019 winds to a close, how should investors position their portfolios for 2020?

Into the end of 2019, be aggressive. We will see how long it lasts but expect a strong rally for at least the next few months. For the past year or so, large-cap stocks have been the biggest winners. I’m watching for small caps to catch up in the coming months. Many of these stocks are cheap and many are showing bullish chart patterns.

But, as always, stay focused on what the market is doing and be prepared to turn bearish when the market declines.

You’ve been at the investment game for a long time. Which investment themes particularly excite you right now?

Because I believe sentiment drives market action, I like new ideas. Investors tend to get excited about new things, such as marijuana stocks right now.

Legalization is changing that industry and we already know this is a product with a long history of demand. It’s funny in a way but maybe a dozen years ago, I was working in law enforcement and involved in shutting down marijuana operations. I changed with the times and other investors are changing. That’s bullish.

I’m also watching infrastructure as part of the election year. Right now, Congress and President Trump can’t agree on anything. But as the election nears, they will want to show progress.

One thing that politicians from both parties might agree on is that the government should spend money on infrastructure, so I am watching for rumors of that. The reason I believe they could work together on that is because it’s good old-fashioned pork barrel spending Democrats and Republicans can get behind.

Those are the biggest themes I’m watching right now, marijuana and infrastructure, and marijuana is the most important and most exciting theme in the market for at least the next year.

We’re so confident about this publication, we’re making you a bold promise: if you don’t get 52 “turbo” pot trades from Precision Pot Trader in the next year, which averages out to a triple or quadruple-digit profit opportunity once a week, let us know and we’ll give you another year of the publication, on the house.

Want to find the best pot stocks, for outsized profits? Click here to get started.