5 Stocks to Avoid in December

You don’t hear much talk these days about tax strategies heading into next year. Not that long ago, the concept of “tax-loss harvesting” was a hot topic every December.

The idea is simple: sell stocks at a loss now to offset your net realized profit for the year and thereby minimize your capital gains tax obligation.

However, with the stock market at all-time highs, there isn’t much in the way of losses to harvest. The S&P 500 index is up more than 25% this year and shows no signs of slowing down anytime soon.

Most individual stocks also hover near record highs, but not all. In fact, some are at a loss for the year.

Those stocks are especially vulnerable to tax-loss harvesting this month. Since there are so few companies trading at a loss, many portfolio managers will be selling the same names at the same time.

That could compound the downside risk in these stocks. Index funds that hold them must rebalance their portfolios, which could add more fuel to the fire.

Below are five stocks that I believe may be particularly vulnerable to tax-loss harvesting over the next two weeks.

Shares of brewer Molson Coors Brewing Company (NYSE: TAP) recently fell below $52. That’s their lowest level since February 2014 and less than half the price they were trading at three years ago. A lot of investors have big losses in TAP and may decide now is the time to pour this sour brew down the drain. 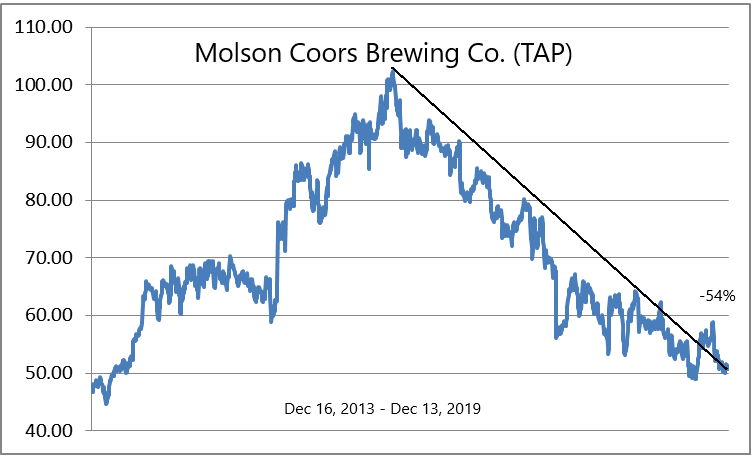 Oil drilling equipment maker National Oilwell Varco (NYSE: NOV) has performed even worse, down 72% over the past five years. A few weeks ago, the company announced it is suspending operations at one of its facilities in Houston and laying off 85 workers. That may be all it takes to convince shareholders to dump NOV now before it runs out of gas. 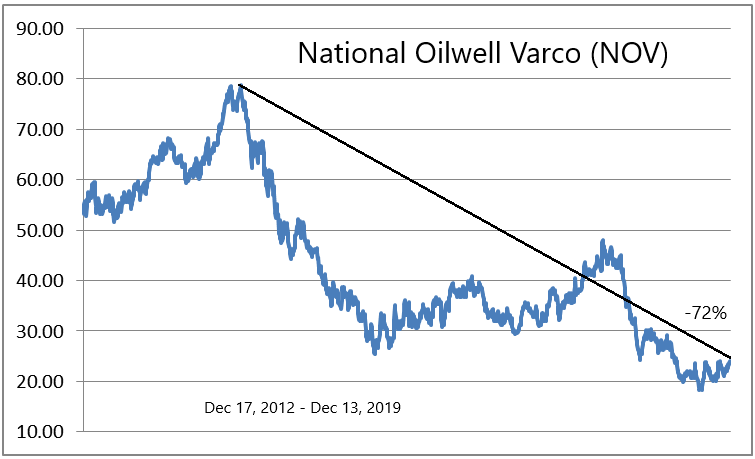 Meatless protein manufacturer Beyond Meat (NSDQ: BYND) went public last May at an initial public offering price of $25. Over the next three months, it rocketed above $230. But since July 26, its share price has shrunk 69% and is now below where it opened on its first day of trading. Anyone who bought it over the past five months may have a bad case of indigestion and put BYND through the meat grinder. 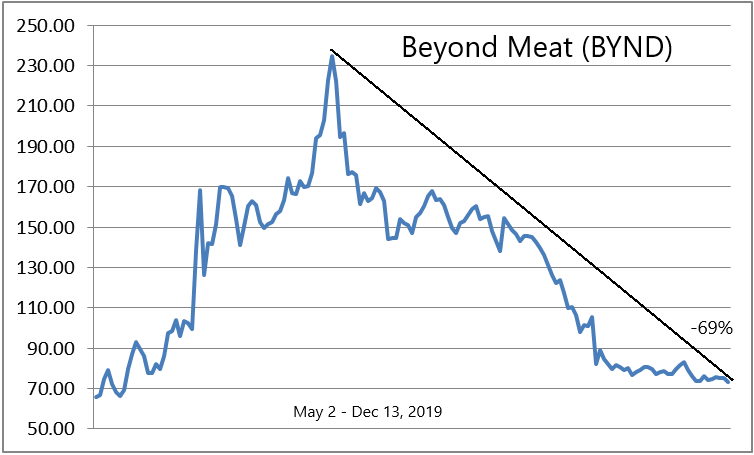 Rain on Your Parade

The recent rally in the retail sector did not help Macy’s (NYSE: M) reverse its downward trend. Since peaking above $73 in July 2015, Macy’s has fallen steadily to its present value near $15. That’s a decline of 79% in less than five years, which could be enough to spark a stampede of sellers in Macy’s over the next two weeks. 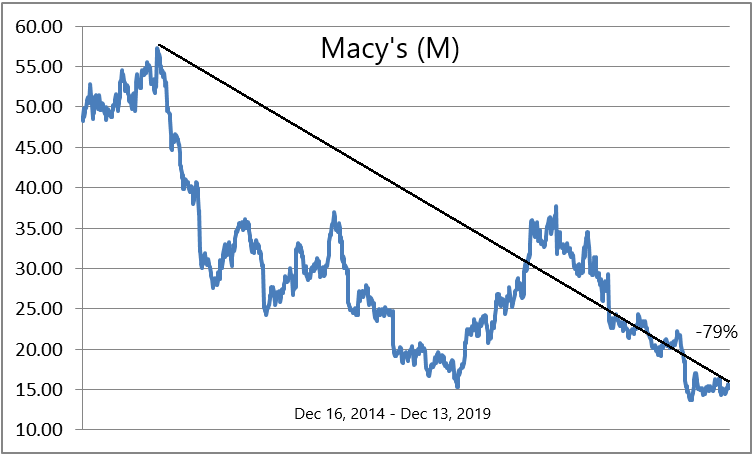 Put Some Mustard on It

Ever since the ill-conceived merger that created food conglomerate The Kraft Heinz Companies (NYSE: KHC) four years ago, its share price has been in a pickle. After peaking above $86 in May 2016, KHC has lost 68% of its value. That’s left a bad taste in the mouths of most of its shareholders, many of whom may finally put KHC in the garbage disposal. 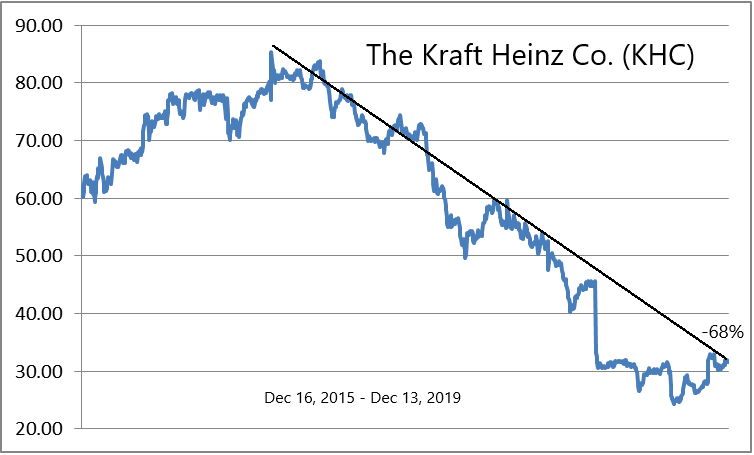 Investors have two opportunities to capitalize on tax-loss harvesting trading. In December, when share prices are artificially depressed and in January, when they tend to rebound.

That’s because many portfolio managers buy back these very same stocks after waiting the requisite 30 days to satisfy the “wash sale” requirements. That way, they can claim the loss now and establish a new cost basis for calculating future results.

With the exception of BYND, all of the companies listed above have been around for a long time and have access to substantial financial resources. If they survive, it’s only a matter of time until their share prices rally.

Already, we are seeing proof that value stocks are coming back into vogue. Some of the companies listed above could come roaring back to life as investors swap overvalued momentum stocks for oversold value plays.

However, there is no guarantee that will happen. Perhaps a better course of action would be to buy shares of businesses that are poised to explode to the upside regardless of the stock market environment.

One resilient investment theme that’s poised for multi-year upward trajectory is the global implementation of ultra-fast 5G wireless technology. The bandwidth and speed of 5G will expedite the proliferation of the Internet of Things, ushering in an interconnected world only dreamed of in science fiction.

The companies involved in 5G will make early investors rich. Our research analysts have found a small-cap 5G stock that should soon soar. To learn more about this potential rocket stock, click here now.