How Banks Help You Make Money

Banks don’t have the best reputation. Often, they are portrayed as the epitome of the darker side of capitalism. They are vilified as greedy predators that legally rob people of their hard-earned money.

Some of that is well-deserved. After all, bank greed did play a major role in the 2008 financial crisis. What’s more, crooked behavior like the Wells Fargo (NYSE: WFC) fake accounts scandal does occasionally happen.

Still, without banks, many conveniences of modern life that we take for granted would not be possible. Here’s how financial institutions can help you build wealth. The following information may seem basic, but it bears repeating because voters and investors sometimes forget the vital role of banks. 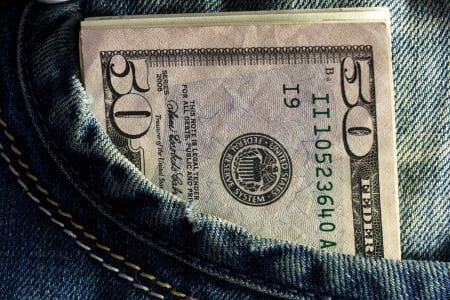 No doubt, there are alternatives. Perhaps you could hide your cash under your mattress or lend money to your buddies for interest. Some people still carry thousands of dollars in cash on their bodies.

Or, you could invest the money in a mutual fund or something, but they need banks to operate efficiently, too.

And in the opposite scenario, if you are desperate enough for money, surely there are people who will help you out with a loan, if you are willing to pay high enough interest and perhaps deal with shady characters.

But would you enjoy the seamless transactions and peace of mind that a reliable banking system provides you today? Highly unlikely.

That’s just from the perspective of a consumer. Imagine if you were a small business owner.

If you need a little financial help to get started, you’d need a loan from the bank. And once you start your business, running the business day-to-day without a bank would be very hard.

On a grander scale, banks offer much more than personal convenience. They help an economy function efficiently. In fact, weak and unreliable banking infrastructure is a common obstacle for developing countries. 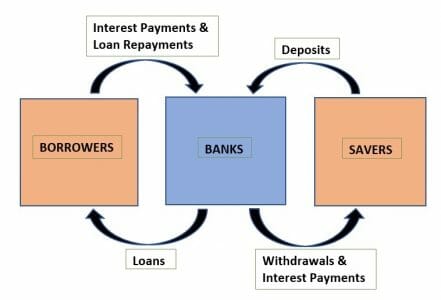 Banks lie at the heart of financial markets. They allocate funds from savers to borrowers.

When you deposit your savings in your bank account, the bank will put it to use. The bank lends it to the individuals and organizations that need the money. When money exchanges hands for goods or services, it boosts economic activity.

For example, when a homebuyer uses a mortgage to buy a house, or when a company uses loans from the bank to invest in itself (buying equipment, hiring new workers, etc.), the money trail doesn’t just stop there.

The receiver of the money either spends it on other goods and services, or deposits the funds in the bank for the time being until they need to spend it. 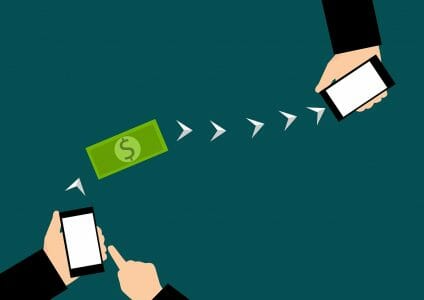 Each time money changes hands, it creates wealth and spending power for the receiver, and fuels economic growth.

Think about how many transactions take place in the U.S. in just one day, ranging from mere cents to millions and billions of dollars. Imagine if every payment had to be made in cash, how cumbersome and risky this would be. Every time you are able to write a check or pay by card, your bank account eventually provides the money.

The bottom line is that banks are vital to a well-functioning economy. They make the economy run much smoother.

Look no further than the marijuana industry as an example of what would happen if there are no banks. Even though there is high demand and more and more states are legalizing pot, vendors have limited access to financing and banking services, so it’s largely a cash-only industry, which makes conducting business more difficult than usual.

Which brings me to the cash crunch in the marijuana industry. Many pot companies aren’t able to get loans, which has weighed on cannabis stocks. But new laws are going into effect to expedite lending to marijuana outfits, which should in turn fuel a resurgence in the marijuana sector. For the best pot stocks, click here now.