Four Overperforming Stocks to Sell in 2020

Barring a collapse this week, the stock market will post one of its strongest years in recent memory. Through the end of last week, the S&P 500 Index was up more than 25% in 2019. That’s its best one-year gain since 2013 when it jumped 32%.

That’s good news for index investors, but it may be bad news for shareholders of its best-performing companies. Until those stocks are sold there is no tax due on their appreciation in share price. That is true under all versions of recent income tax law. And, it is likely to remain the case regardless of which party occupies the White House in 2021.

However, under tax plans being floated by the leading Democratic presidential candidates, capital gains could be taxed considerably higher than they are now.

For example, Joe Biden recently proposed that capital gains be taxed the same as income. Under the current tax code, that would nearly double the amount of capital gains tax due for some investors. The tax plans floated by Elizabeth Warren and Bernie Sanders would almost triple the capital gains rate on the wealthiest investors.

For that reason, many large investors may decide to book their gains in 2020. That way, they pay less tax now rather than risk paying a lot more tax later. If that happens, you may want to beat them to the punch. You can do that by unloading your shares during the first half of the year.

Think of it as tax-loss harvesting in reverse, a subject I discussed earlier this month. In this case, instead of selling underperforming stocks to realize a loss that can be used to offset gains, these overperforming stocks would be sold to realize gains so they will be taxed at a more favorable rate.

I love the programming available through Netflix (NSDQ: NFLX). Apparently, so do a lot of other people. Netflix is up a showstopping 591% over the past five years, even after its recent pullback. That is due to increasing competition from Apple (NSDQ: AAPL) and Walt Disney (NYSE: DIS).

Both companies have recently launched their version of a Netflix-type of service. That may be enough to induce shareholders to cancel their subscription to the company’s stock and just enjoy the programming from here on out. 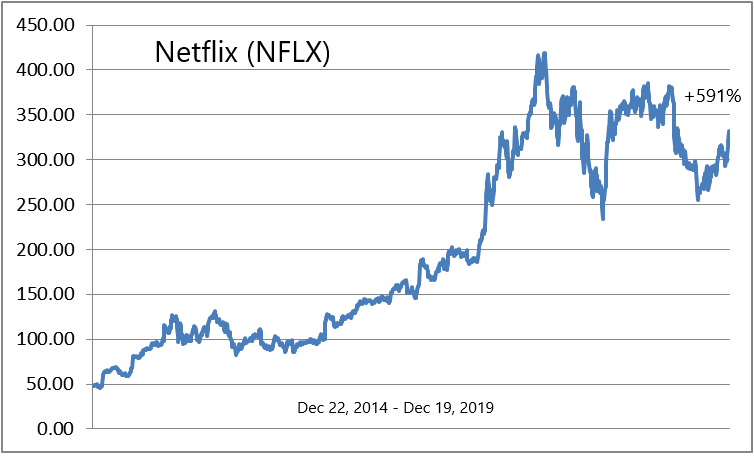 Regardless of what you think of social media giant Facebook (NSDQ: FB) or its founder, Mark Zuckerberg, there is no arguing with the company’s success. Since its initial public offering (IPO) in May 2012, Facebook has more than quadrupled in value. But as I explained earlier this month, Facebook has a serious political problem. That may result in many of its shareholders deciding now would be a good time to unfriend this stock. 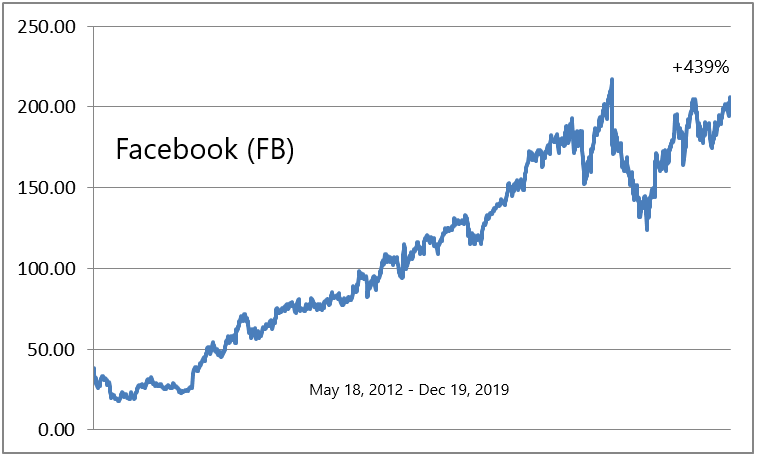 Company founder Elon Musk of Tesla (NSDQ: TSLA) has cultivated a cult-like following among his shareholders. Not only for making battery-powered cars sexy but for increasing the value of their stock by more than 1,300% over the past eight years!

However, that drive up the charts may come to a sudden stop when Ford (NYSE: F) begins delivery of its Mustang Mach-E during the second half of the year. If that car is a hit, it may be the end of the road for Tesla. 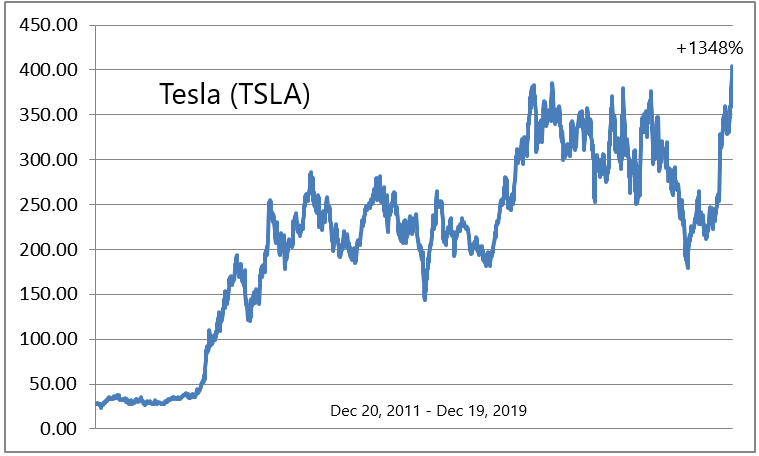 Thanks for the Memories

As impressive as Tesla has performed, semiconductor manufacturer Advanced Micro Devices (NSDQ: AMD) has done even better. Over the past four years, AMD has returned more than 1,500% to its shareholders! But having doubled in price this year and now valued at more than 40 times forward earnings, AMD’s shareholders may decide it’s time to cash in their chips. 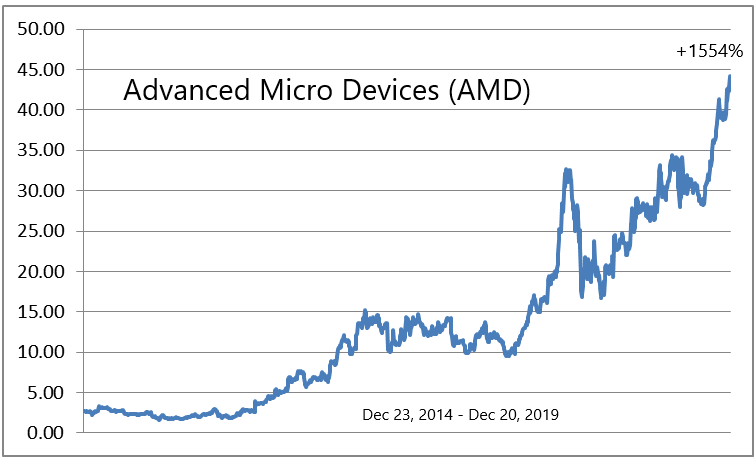 We’ve all heard the famous quote attributed to Wayne Gretzky: “Skate to where the puck is going, not where it has been.” In the stock market, the four stocks above represent where the puck has been over the past several years.

The smart money on Wall Street knows that the puck is about to move to the other end of the rink. That’s why popular momentum stocks such as Amazon (NSDQ: AMZN), Salesforce (NYSE: CRM) and Twitter (NYSE: TWTR) have gone nowhere over the past nine months.

Soon, the four overvalued stocks above (and many others) could begin to falter. Their anxious shareholders may decide to lock in their gains and pay the lower capital gains tax now while they still can.

The amount of money coming out of these large-cap stocks will have an outsized impact on the next wave of small-cap stocks that will lead the stock market higher. And my colleague Jim Fink already knows where a lot of that money will be going.

Jim has developed an investing method that consistently beats Wall Street at its own game, in markets that are going up, down or sideways.

Jim’s proprietary “310F” trade is the most accurate way I’ve ever seen to double your stake in just three days… 321 out of 324 trades paid out over the past three years.