Defensive Moves in a Volatile World

Many so-called investment “experts” are self-promoting hacks who regurgitate the conventional wisdom. Investors follow the advice of these financial poseurs at their peril. 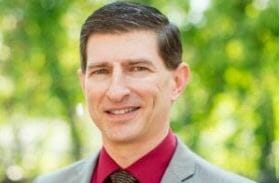 Robert is no armchair analyst. He has more than two decades of in-the-trenches experience in a wide range of fossil fuel and biofuel technologies, including refining, natural gas production, gas-to-liquids, ethanol production and butanol production.

In addition to being one of the country’s foremost energy experts, Robert also serves as chief investment strategist of our premium trading service, Utility Forecaster.

With tensions rising in the oil-rich Middle East and investors fleeing to safe havens, now’s an opportune time to glean investment guidance from Robert. For this week’s “Big Interview,” I sat down with Robert for a Q&A session.

John Persinos: Persian Gulf tensions are rising. The U.S airstrike that killed Iran’s top general has set Wall Street on edge. Should we expect energy volatility for the rest of the year or will the drama soon dissipate?

Robert Rapier: That’s the billion-dollar question. I was surprised that things settled down so quickly following the attack on Saudi Arabia’s facilities back in September. The market shrugged it off pretty quickly.

The U.S.-Iran situation already seems to have de-escalated, but it could ramp up again. Regardless, I think there is so much negative sentiment in the energy sector that it may take some significant crude oil inventory draws before we see major oil price movement.

Read This Story: Crisis Investing: Cut Through The Fog of War

I sometimes think about how oil prices would have responded to this sort of news a decade ago. But shale oil has changed all of that.

Investors don’t worry too much about oil shortages any more, but it’s still important to note that a third of the world’s oil still comes from the Middle East. Everyone should pay attention to what’s happening there.

Why should all investors, and not just those with exposure to the energy sector, care about the ups and downs of the energy patch?

There are many other sectors that are dependent on the energy sector, and whose fortunes are very much impacted by energy prices. But beyond that, energy prices are a major part of most people’s budgets.

As those prices fluctuate, people may find themselves with more or less discretionary income than they had. But the energy sector is also a major employer in the U.S. The natural gas and oil industry alone supports more than 10 million U.S. jobs and adds over a trillion dollars to the nation’s economy.

Where you do you see crude oil prices heading this year?

I predicted $70 per barrel oil last year, and we fell just short of that early in the year before prices weakened in the summer. But the last quarter saw some strengthening on the back of OPEC production cuts, and prices have jumped again on tensions with Iran. I think we will go back above $70 this year, but there’s a risk if things really deteriorate that prices could go much higher.

On the plus side, the U.S. is far less dependent on Middle Eastern oil than we once were. However, if oil prices make a big jump there will be a ripple effect across the global markets.

Natural gas is often given short shrift, because crude oil steals the headlines. What’s your forecast for natural gas prices in 2020 and why does natural gas matter for the average investor?

That’s kept downward pressure on prices. Natural gas investors haven’t liked that, but industries that depend on natural gas, such as manufacturing, refining, and utilities, have loved these low prices. Many people don’t realize it, but low natural gas prices are the main reason U.S. coal production and in turn U.S. carbon emissions have fallen.

Geopolitical risk is pushing investors toward traditional safe havens, such as gold, Treasurys, real estate, and utilities stocks. You’re an expert on the latter. Utilities had a great run in 2019. Will the sector’s bull market continue in 2020?

Utilities had a great year in 2019, but I felt by mid-year that most names in the sector had become fully valued. And in fact, we saw the utility sector go from the top sector year-over-year in the first quarter to falling behind the broader market by the end of the year.

I can see utilities having another good year, barring the onset of an overall bear market, but I don’t think it will be as good as last year’s 20%+ returns.

In your view, what’s the most promising niche within the utilities industry?

The companies that have embraced the move to renewables have led the pack in the electric utility industry. I think that will continue to be the case, although some names have definitely become overvalued after big run-ups last year.

As my colleague Robert Rapier explains in the above interview, you can expect greater geopolitical risk and volatility in the months ahead.

But you need to pick the right ones. For our list of the highest-quality utilities stocks, click here now.

John Persinos is the managing editor or Investing Daily and the premium trading service, Utility Forecaster. You can reach him at: mailbag@investingdaily.com