At midday Friday, the Dow Jones Industrial Average was down by more than 500 points, as investors fretted about possible economic harm from the fast-spreading coronavirus

As the trouble gets bigger, it’s time to think small.

In what’s shaping up to be a tough 2020, small-cap companies are poised to bring both stability and growth to investors.

Typically, small caps are considered riskier. However, bull runs often are propelled by a relatively small number of large stocks that are “market leaders.” When these stocks begin to falter, it could spell curtains for the rally. Mixed results so far for fourth-quarter 2019 operating results are putting pressure on several industry bellwethers.

A decade of ultra-easy monetary policy has given rise to frothy global equity markets. A stock market correction probably awaits this year.

The trade war could be the trigger for a sell-off. Here’s what the nattering “pundits” on CNBC neglect to tell you: Despite the much-ballyhooed phase one trade deal signed this month, two-thirds of U.S. tariffs against China (worth about $360 billion in goods) remain in place.

The trade war damages export-dependent giants, but it actually benefits small caps. The majority of U.S. small caps derive the bulk of their sales domestically, which means that trade wars and a strong U.S. dollar tend to hurt them less.

Here’s a nifty way to sidestep this litany of woes and still make a big bet on growth: Invest in small caps, which are generally defined as having market valuations of between $300 million and $2 billion.

Furthermore, small companies tend to be disrupters that operate in new markets where competition is initially low. They consequently enjoy the ability to raise prices easier than large caps, which paves the way for high profit margins.

The heart of job generation…

Small businesses represent more than 99.7% of all U.S. employers. They employ half of all private sector workers. They account for up to 80% of the new jobs created annually in the country. Every portfolio should have exposure to small caps. The beginning of 2020 is a good time to start.

It’s a truism that small companies form the heart of the country’s job creation. They also generate breakthrough technologies.

Many analysts contend that a correction is around the corner. I happen to agree. Mega-cap market leaders are poised to become laggards. Inflated expectations will catch up with them. Conversely, several tailwinds position small stocks as safer havens for investors.

For one thing, the tax bill signed by President Trump in December 2017 confers many lasting benefits on smaller companies. Profitable firms in the Russell 2000 have typically paid higher taxes than global behemoths. The big boys are adept at lowering their rates through expensive lobbyists and accountants; they also avoid taxes by squirreling their profits overseas.

The tax law implemented numerous changes to the taxation of income from pass-through entities such as S corporations, limited-liability corporations, and partnerships. In general, the new law allows businesses to exclude 20% of their net income from taxation, subject to certain limitations. The deduction could also be limited or disallowed for specified service trades, such as lawyers, doctors and accountants, based on an income threshold.

Overall the changes to the taxation of pass-through entities are beneficial to many small business owners. That’s a big shot in the arm for the country’s innovators.

Another advantage for small companies is how Trump’s laissez-faire cabinet members and agency heads have been lessening regulations against the financial services sector. That in turn is making it easier for regional banks to give loans to small companies.

Small-cap stocks on average have dramatically outperformed all other types of stocks over the long-term. Many small-cap stocks are under-followed and ignored by Wall Street, which leads to investor neglect and undervaluation (i.e., inefficiency). In today’s dicey investing environment, the virtues of “value” have come to the fore.

Finding the next Apple…

Apple began as a tiny company, of course. It was the quintessential garage start-up. The legendary Cupertino, California-based tech firm now boasts a market cap of $1.4 trillion.

With over 2,400 stocks listed on the New York Stock Exchange and about 4,000 tracked on the NASDAQ composite, finding small stocks with huge potential can seem like finding needles in a haystack. It requires time, effort and expertise to uncover the small fry that offer exponential gains. To do this right, our team of Investing Daily strategists roll up their sleeves.

We pinpoint trends. We hunt for companies that are disrupting the marketplace. We dive into financial statements, analyze reams of data, and interview CEOs and company insiders. We even uncover nuggets of intelligence hidden in investor conference calls.

We take all this information, literally thousands of hours of accumulated data, interpret it and identify those companies that have the best potential of booking market-beating gains over the next year and beyond.

And here’s the exciting news: We’ve just uncovered a small-cap company that’s poised to explode in value. It’s a $5 stock and you’ve probably never heard of it. However, this firm is tapped into the global roll-out of 5G (“fifth generation”) wireless technology, one of the biggest investment themes of the century. 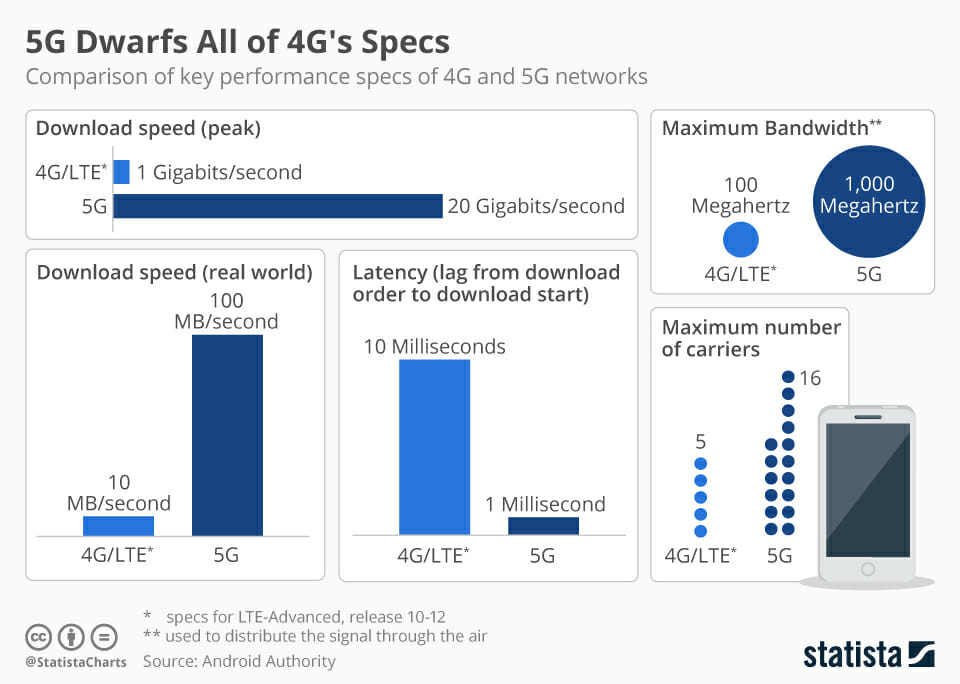 Ultra-fast 5G expedites the adoption of the Internet of Things (IoT), which allows devices of all kinds to connect remotely in a seamless web of interoperability. IoT is revolutionizing the way we live and do business.

5G-related companies are making early investors rich. One of the most appealing aspects of 5G investments is their resistance to economic cycles and market ups and downs.

Experts estimate that 5G will eventually add $3.5 trillion to the U.S. economy. Sure, if there’s a market crash, even solid 5G stocks will get caught in the downdraft. But generally speaking, they’re likely to fall less far and bounce back more quickly.

Problem is, many of these 5G companies are behemoths with only so much room for growth. For the really big gains, it’s the smaller players you need to find. These small-caps are elusive, but we’ve done the homework for you.

Our $5 company figured out years ago there would be huge demand for 5G antennas, so the firm invested heavily in designing and building some of the most innovative antennas in the world. The number of antennas this company could sell over the next five years is on track to reach the hundreds of millions, potentially generating billions of dollars in new revenue.

This hidden gem of a company remains unknown to most investors, but it could very well become “the next Apple.” You need to act quickly, though. Once you start hearing this company’s name on the financial news, it will be too late. To learn more, click here now.