Staying Sane During the Chaos

What a wild week to forget.

Last week, all major stock indexes breached bear territory, typically considered to be a drop of 20% or more from the peak. On Thursday, the S&P 500 experienced the fifth worst day in its history, the biggest one-day drop since 1987. Unless you had short positions (e.g. short stocks and long puts) you probably had a very rough week.

The selling has continued early this week, but for the purpose of our discussion, let’s stick to the events last week as weekly data isn’t yet available for this week.

Even with a big rally on Friday, the S&P 500 was down almost 9% last week. Gold dropped 9%, likely due to a liquidity crunch caused by margin calls. If we use the Vanguard Total Bond Market Index Fund (VBMFX) as proxy for the bond market, bonds (considered to be a safe haven) fell by a smaller 3.4%. 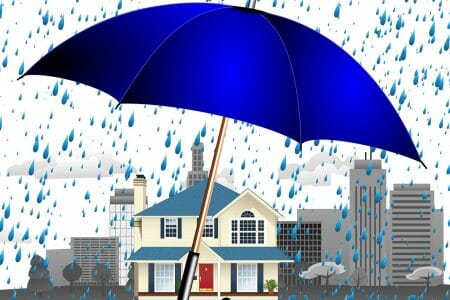 VBMFX invests in 30% invest-grade corporate bonds and 70% in U.S. government bonds of all maturities, so we consider it a good representation of the bond market and a conservative “vanilla” fixed-income strategy.

During rocky times for the stock market, bonds will see renewed demand and bonds should temporarily outperform stocks as the world seeks to move past the COVID-19 outbreak and get back to normalcy.

The key word is “temporarily.” Even though these are scary times for stock investors, historically, stocks still convincingly outperform bonds over time. Over the past 50 years, the S&P 500’s annualized return is 10.5%. On the other hand, the annualized return of Treasury Bonds, considered to be “riskless,” was 7.0% over the same period. (Data Source: NYU Stern School of Business.)

What if you invested in a more diversified bond fund, including higher-yielding bonds?

Let’s use the aforementioned VBMFX as proxy. Data for this fund only goes back to late 1986.

The chart below compares how this bond fund performed against the S&P 500. Clearly, even after that ugly recent drop, the stock index still easily trounces the bond fund. 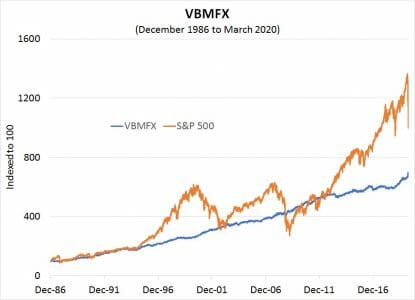 Weather the Storm, Better Days Ahead

We wouldn’t quarrel with anyone if they want to temporarily switch from stocks to bonds during chaotic times like these for the stock market. Or if they know they will need funds soon, just liquidate and holding cash. Additionally, very conservative investors might find more comfort in bonds. However, we think for most investors it would be a mistake to avoid stocks over the long run. 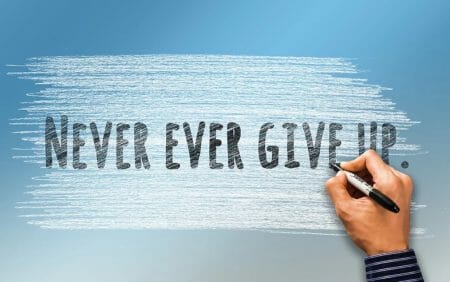 A stock market crash is painful. Stocks tend to go down faster than they rise, but still, history shows that for investment growth, stocks offer the better path than bonds. As bleak as things may feel now, if we survived the Financial Crisis of 2008, when it felt as though we might have been witnessing the demise of capitalism, we will survive this.

Once there’s evidence that the rate of infections is leveling off and there’s a firmer estimate of the economic impact of the pandemic, then stocks should stabilize.

Editor’s Note: Looking for sanity amid the chaos? Turn to our Investing Daily colleague, Jim Fink.

Jim Fink is the chief investment strategist of the premium trading service Velocity Trader. Jim has devised a proprietary investing system that has delivered 20,747% in profits to Investing Daily readers in less than five years…including a three-and-a-half-year winning streak in which they’ve raked in gains of 18,186%… without a single loss.

Jim just agreed to show 500 smart investors how to earn 5,000% in only one year. Want to learn his secrets? Sign up here.