Your Passport to Profits

Since being forced to stay home for the past month, I’ve learned a lot about myself. More importantly, I think I’ve learned something that could prove to be immensely profitable. More on that in a moment.

But first, here is what I’ve learned about myself. With only a few exceptions, just about everything I need can be obtained from home. Restaurant food can be delivered, as can groceries. I can buy toilet paper and other high demand goods from Walmart (NYSE: WMT) over my computer rather than fight the crowds at the store.

I filed my taxes last week electronically using TurboTax by Intuit (NSDQ: INTU) and paid all my bills online. When I’m not working remotely in my basement office, I’m reading a book on my Kindle E-reader that I purchased through Amazon (NSDQ: AMZN). And when my wife and I want to catch up with our kids, we chat with them via FaceTime on our Apple (NSDQ: AAPL) iPhones.

I like being around people and miss socializing with friends in person. Hopefully, we’ll able be able to do that soon. But until then, we IM each other on Facebook (NSDQ: FB) and share funny memes on Twitter (NYSE: TWTR).

To my surprise, what I’ve learned most about myself is that I have come to like it. And that’s coming from someone who was born when Dwight Eisenhower still occupied the White House.

That could be a problem for a lot of companies in several industries. If the forced shutdown due to the coronavirus changes my consumption habits, it may be changing them for a whole lot of other people, too.

As I said at the start, there are a few things that I cannot accomplish from my house. One of them is taking a vacation. By definition, that requires leaving home.

There is no adequate substitute for going to another place and experiencing the culture. Sure, you can watch a travelogue of your favorite destinations on a high-def television. That will give you an idea of what a place looks and sounds like.

But you can’t talk to the locals and you can’t smell the street vendors’ food. You also can’t take a random turn down a side street to see what new pleasures you might discover.

For that reason, I believe the personal travel industry will fully recover once the virus has been eradicated. If I am right about that, there is a lot of money to be made in picking the eventual winners.

To be sure, almost every hotel chain, airline, and cruise ship operator will suffer greatly in the near term. I expect that some of them will go out of business. However, that will widen profit margins and increase market share for the survivors.

We saw something similar occur after the dot.com crash 20 years ago. For a couple of years, there was mass consolidation until the winners and losers were sorted out. But after the dust settled, many of the surviving companies went on to post stellar stock market returns. 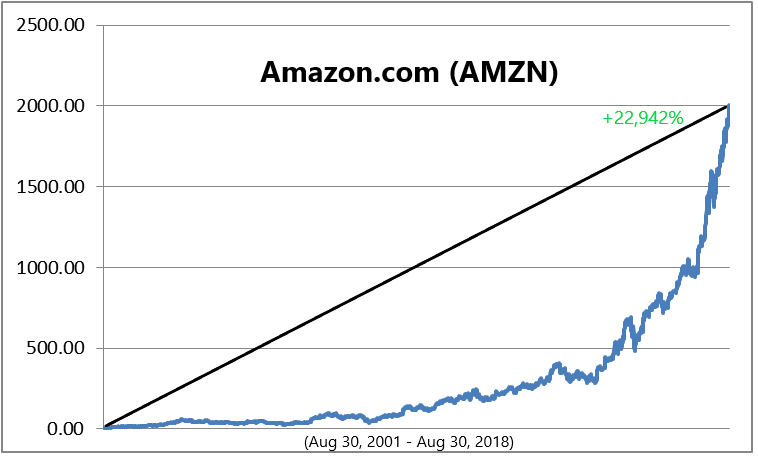 Three for the Road

I’m not expecting gains of that magnitude from travel companies. However, some of them could easily appreciate several hundred percent over the next decade. The trick, of course, is in figuring out exactly which businesses that will be.

In this case, I believe it is safest to go with the most established players in each sector. It will take very deep pockets to survive this crisis and only the strongest will survive. Here are three industry leaders I like the most:

There is no way of knowing how long it might be until the travel industry has fully recovered from the current crisis. Even if it takes several years, it will be worth the wait to earn returns of that magnitude.

In the meantime, you can expect the heightened volatility of these stocks to continue until the global economy is on firmer footing. That may not happen until next year at the soonest since the coronavirus must be eradicated everywhere before it is safe to travel.

If you don’t have the stomach for that degree of risk, there are much safer ways to make money in the stock market. That’s where my colleague Jim Fink comes in.

Jim Fink, chief investment strategist of Velocity Trader, is a seasoned veteran of Wall Street who over the decades has witnessed bull and bear markets, economic booms and busts. And through it all, he has consistently made money for his followers.

Jim achieves trading success via his proprietary trading system, called the Velocity Profit Multiplier (VPM). The product of painstaking trial and error, the VPM can predict when a stock is about to rise, or fall, with remarkable precision.

Even better, his scientific system turns around these profitable trades in 60 days or less.

Jim’s VPM just pinpointed new trades that are on track to generate outsized profits, without undue risk. Click here for a free presentation.