A Powerful Tactic for Options Trading

Options offer an opportunity to make quicker and bigger percentage gains than a stock. However, a major drawback to using options is that they have an expiration date. If the underlying stock price doesn’t move in your favor quick enough, you will probably lose money even if you are correct about the direction of the stock.

Sometimes, you may need to adjust your option position a little to make it work.

For example, let’s say you bought a May $60 call on Intel (NSDQ: INTC) in January. Things were looking good for you until you ran into the market crash. You still have a strong conviction that Intel will rally big time, though, and you don’t want to give up. However, time is working against you. In this situation you can do a roll out. 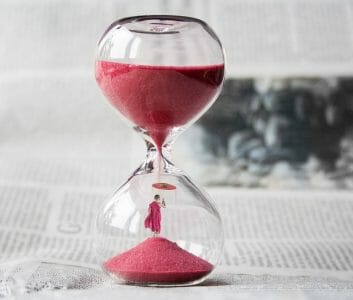 What this means is to sell your original call option, but immediately buy to open a new INTC call with the same strike price but a later expiration date. In the example above you would sell the May $60 call (while it still has some time value left) and replace it with a September $60 call (or any other expiration date, whatever contract you prefer).

Another reason to roll out is if you’re sitting on a profitable trade, but the option expiration is coming, and you still want to bet on the stock’s direction. By rolling out, you take your profit in the original trade and you still position yourself to reap further gains if the stock continues in the same direction.

Related to the roll-out concept is rolling up. This means selling your original option and buying another one with a higher strike price.

Typically, you do this when the stock has made a quick move in your favor. By rolling up, you lock in the gain on your original trade and you can remain leveraged to further gains.

Another common reason why you might want to roll up is if you have written a covered call. Note that in this scenario, you are selling a call, not buying. 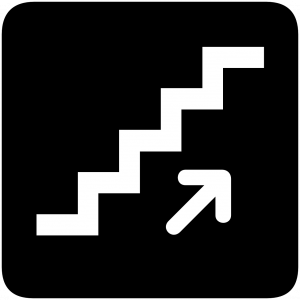 If the stock has moved higher and you don’t want to lose the stock, you could buy to close the original short position, and rewrite a new call with a higher strike price. This especially makes sense if the total premium you get for writing the two calls is higher than the cost of buying to close the first trade.

Let’s use Intel again as an example. Let’s say on March 24 you think the market is heading down, so you sold an INTC April 17, 2020 $53 call for $3.28. As of early April, INTC has held up well enough that you are in danger of losing your shares.

Going the Other Way

You could also roll down. As you probably can guess, this entails buying a new option with a lower strike price. Usually, you would roll down when working with put options.

The reasons why you might want to roll down are the mirrors of the roll-up scenario.

For example, you might be short some puts and the stock is moving down. You don’t want to be assigned the stock but you don’t want to take a loss either. In this scenario you could roll down and sell another put on the same stock but at a lower strike price. This will give you a new premium to offset the cost of closing the first trade.

Rolling is a powerful tactic to keep in your trading arsenal, but it goes without saying that rolling comes with risks. You could open yourself up to higher potential losses if the stock continues to move against you. Sometimes, it may be best to cut your losses and move on. Whether rolling makes sense depends on the situation.

Editor’s Note: Our colleague Scott Chan just explained time-proven investing methods that work even when the global economy is threatened by extraordinary circumstances, such as the coronavirus pandemic.

Looking for another resilient way to profit during fraught times? Consider marijuana. The commercialization of cannabis is one of the most appealing investment opportunities you’ll ever see in your lifetime.

The marijuana market is growing exponentially but compared to its long-term potential, canna-business remains in its infancy, akin to the computer industry in the 1980s.

Imagine having been able to invest in Apple (NSDQ: AAPL) during its formative years in the go-go Eighties, when visionary founder and Chief Executive Steven Jobs was just a bearded kid in a garage, rolling up his sleeves and getting started. You’d be very rich.

These days, investors are looking for “the next Apple” of marijuana. For our report on cannabis plays that are poised to confer great wealth, click here now.