Our investment experts hail from diverse locations, backgrounds and experiences. They’re smart, opinionated and highly educated. But they have more to offer than “book smarts.” They’re also seasoned investors with considerable life experience.

My colleague Jim Pearce is one such expert. Jim [pictured here] is the chief investment strategist of our flagship publication Personal Finance. 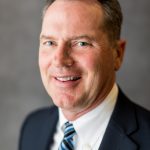 Jim began his career as a stockbroker in 1983 and over the years has managed client investment portfolios for major banks, brokerage firms and investment advisors.

I asked Jim several questions about the direction of the economy and markets in this time of crisis. You’ll find his answers extremely useful as you try to navigate the treacherous terrain of the pandemic.

How fast do you think the economy will recover? The term “V-shaped” is thrown around a lot by pundits. What’s your view as to the recovery’s shape? Or given the extraordinary circumstances, is that simply unknowable?

I believe full economic recovery from the coronavirus pandemic will take much longer than the stock market’s recent behavior would suggest. In April, the unemployment rate soared to its highest level ever since it has been tracked going back to 1948. At the same time, economic productivity, as measured by gross domestic product (GDP), fell at its steepest rate since the depths of the Great Recession 11 years ago.

Watch This Video: The Economic Road From Here

Enormously disruptive macroeconomic events like this one have very long tails that drag on for years, sometimes decades, and are impossible to predict. I believe the stock’s market V-shaped recovery thus far is actually the first half of a W-shaped recovery. If so, another V-shaped pattern should emerge over the summer that could be just as severe as the first wave, especially if second quarter results are worse than feared.

The stock market and the economy seem disconnected right now. Stocks have staged a remarkable recovery, but the economy remains mired in a severe recession. How sustainable is the market rally? Do further sell-offs await over the near term?

I do not believe the stock market’s recent rally is sustainable. That’s because the best case scenario for the economy is a gradual reopening over the next several months that will not get employment or GDP growth back to where they were at the start of the year. The worst case scenario is a second wave of COVID-19 cases that forces the global economy into another shutdown.

Read This Story: Is The COVID Bear Sleeping or Waiting to Pounce?

If that happens, we could see a stock market decline similar in magnitude to what occurred during 2008/2009 when the S&P 500 Index lost more than half its value. With the major U.S. stock market indices less than 10% off of their all-time highs and the economy struggling to remain afloat, this is no time to be complacent.

What’s an effective trading strategy for investors to make money during down markets?

The good news is the stock market’s extreme volatility has created a variety of trading opportunities that can pay off in a matter of weeks, sometimes in only a few days. For example, two weeks ago I recommended an options trade on Novavax (NSDQ: NVAX) after the company received funding to continue testing its COVID-19 vaccine candidate. Just four days later, that position could have been closed out at a net profit of better than 30%.

If you aren’t comfortable trading options, you can still make a lot of money in this market using exchange-traded funds to make sector bets. For example, six weeks ago I suggested buying shares of the First Trust NASDAQ Global Auto Index Fund (CARZ) to participate in a recovery in the automobile sector. This week, that position could have been closed out for a 20% profit in less than two months.

Energy demand seems to be picking up, but in the post-pandemic world, will the fossil fuel industry ever be the same?

No. We are living in the age of “peak oil” and are still in the early stages of the transition from carbon-based fuels to alternative sources of energy such as solar and wind. This is an historic moment. The industrial revolution was powered mostly by fossil fuels which created vast fortunes in the oil, steel, and transportation industries during the 20th century.

Read This Story: Why The Energy Status Quo Is Doomed

From a long-term perspective, fossil fuels were never going to be a permanent solution to the world’s energy problem. Instead, they are a bridge to enable economic growth until a more sustainable solution can be developed.

One hundred years from now, people will view using fossil fuels to heat our homes and power our vehicles as a primitive form of energy technology. To be sure, the world will still be heavily reliant on oil and gas as its primary source of fuel for decades to come. But by the middle of this century, renewable forms of energy are projected to be the single largest contributor to global energy consumption (28%), compared to petroleum and other liquids (27%), natural gas (22%), coal (20%), and nuclear power (4%).

Can you identify a few risks that investors are ignoring or underestimating right now?

Yes. Even before the coronavirus pandemic swept across the globe, central bankers here and abroad were printing money to keep their economies afloat. Given how much more money has been pumped into the economy over the past three months, and with more on the way, it’s only a matter of time until the federal budget deficit will expand to the point that it forces interest rates higher.

Regardless of where the Fed decides to set short-term interest rates, the federal deficit is funded by the issuance of Treasury securities that are sold in an auction market with rates set by supply and demand.

From a long-term perspective, the major risk to the economy and the stock market is stagflation, which is when inflation is rising while economic growth is decreasing. If that happens, both stocks and bonds could be in for a rough time until the federal budget deficit is brought under control.

At that point, owning hard assets such as commodities may be one of the few ways to profit from rising inflation. We are still a few years away from having to deal with that issue, but it’s something investors need to be aware of when considering long-term bonds that could depreciate steeply in that type of environment.

Editor’s Note: Jim Pearce just provided you with profit-making investment advice, but I’ve only scratched the surface of what our team has to offer. I also urge you to consider our colleague Jim Fink.

Jim is making this bold promise: if you agree to give him your mailing address today, he’s willing to give you $1,000 to prove that his trading system works. Want to take him up on his offer? Click here for details.