Feds Give Hemp a Helping Hand

For the importance and versatility of hemp, let’s turn to the Founding Fathers. Many of them grew, used and even smoked hemp.

With Fourth of July looming on the calendar, it’s appropriate to quote Thomas Jefferson, the author of the Declaration of Independence. Jefferson, third U.S. president and a Virginia farmer who grew hemp, once wrote: “Hemp is of first necessity to the wealth & protection of the country.”

American policymakers these days seem to agree with Mr. Jefferson. This week, the U.S. government extended yet another helping hand to the hemp industry, which enjoys increasingly favorable legal and regulatory status.

Federal financial regulators on Monday released updated guidance for banks and credit unions that service hemp businesses. The new, pro-industry guidance is seen as a boon for hemp entrepreneurs, operators and investors.

Hemp is the strongest natural fiber in the world and boasts up to 50,000 uses. Hemp seeds are the raw material for a broad range of hemp foods, e.g. hemp oil or hemp protein. Marijuana investors shouldn’t give short shrift to marijuana’s cousin, the hemp plant. Hemp is becoming Big Business and highly lucrative. 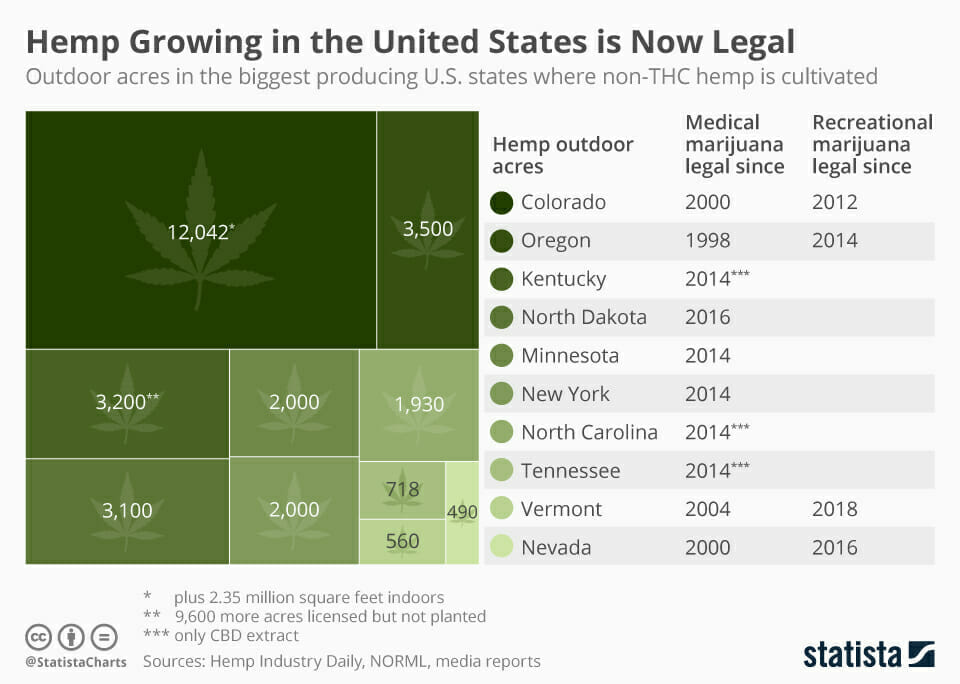 Growing industrial hemp became illegal in the 1970s when the federal government strengthened the criminal code on marijuana and related products. Hemp got caught up in the “War on Drugs,” but it contains very little of the psychoactive component tetrahydrocannabinol (THC) found in marijuana that makes people high. Activists are now taking a wrecking ball to the prohibitionist laws of the past.

The Financial Crimes Enforcement Network (FinCEN), which is part of the U.S. Treasury Department, explained on Monday that the update is designed to amplify previous guidance the agency provided after the federal legalization of hemp under the 2018 Farm Bill. The new memo fleshes out new reporting requirements with the goal of expediting the hemp industry’s access to capital.

FinCEN made it clear that because hemp is no longer a controlled substance, financial institutions aren’t required to automatically flag transactions that derive from hemp business accounts.

Nonetheless, FinCEN did assert in the new guidance that circumstances exist whereby reporting would be required for hemp companies. It provided four scenarios:

The hemp industry has another advantage: it’s recession-resistant. As the coronavirus pandemic clobbers the economy, hemp growers and processors report increasing demand for a product that consumers view as a staple.

What’s more, hemp companies are well-accustomed to the financial difficulties that companies in other industries now face because of the pandemic. For many hemp operators, cash flow crunches and insistent creditors are old hat.

What’s the difference between marijuana and hemp? “Cannabis” is a genus of flowering plants that includes the primary species cannabis sativa. Both hemp and marijuana are strains of the cannabis sativa species.

Cannabis the drug and hemp the industrial product both contain THC. However, hemp is naturally high in cannabidiol (CBD) and low in THC; the reverse is true of other cannabis variants such as marijuana.

Many investors neglect hemp and focus on marijuana. That’s a lucky break for the contrarian investor.

Consumers are starting to realize that hemp confers many health benefits. The plant is an abundant source of omega-3 and omega-6, proteins, and amino acids. These nutrients assist with cardiac function, mood stability, insulin balance, and skin and joint health. Companies in the consumer foods, health services, and cosmetics industries are taking notice and increasingly infusing their products with hemp.

Hemp is becoming a nationwide health fad, with the friendly help of a federal government that once banned it.

There’s another nascent industry you should watch: magic mushrooms. Scientists are increasingly telling us that these psychedelic fungi provide many health and psychological benefits.

As with marijuana and hemp, magic mushrooms are entering the mainstream and will make early investors rich. Want to know more? Click here now.