John D. Rockefeller must be rolling in his grave.

If you need further evidence that Big Oil is in decline and digital technology is in the ascendancy, consider the fate of blue chip Exxon Mobil (NYSE: XOM). The Dow Jones Industrial Average just kicked Exxon Mobil to the curb.

Exxon Mobil traces its origins to Standard Oil, the energy conglomerate created by John D. in 1870 that formed the Rockefeller family fortune. Exxon Mobil has belonged to the Dow in some form since 1928, but the energy producer’s tenure as the longest-serving component of the benchmark index has reached an ignominious end. As recently as 2014, Exxon Mobil was the world’s biggest company. That distinction currently belongs to Apple (NSDQ: AAPL).

The change at the 30-stock Dow index is designed to eliminate overlap, maintain a balance of sectors, and add companies that better reflect the nature of the U.S. economy.

The removal of Exxon Mobil is particularly jarring and instructive. The change reflects the waning fortunes of fossil fuels and a turning point for the economy and financial markets. It also represents a cultural watershed. The “supermajor” oil and gas producer is based in the heart of the oil patch in Irving, Texas; cloud giant Salesforce is based in the hipster, latte-sipping tech mecca of San Francisco.

How the mighty have fallen. As the following infographic shows, Exxon Mobil exemplifies Big Oil. 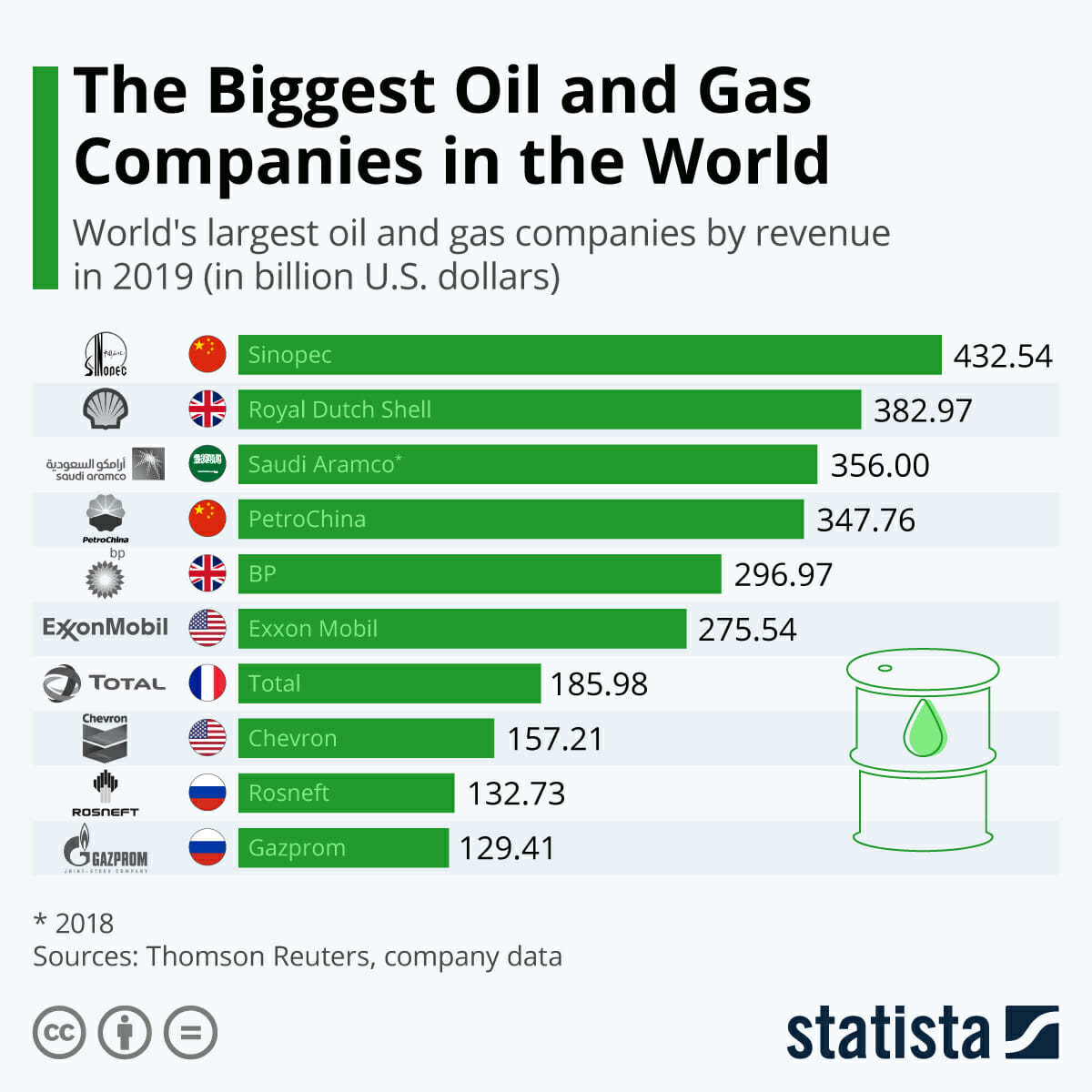 Exxon Mobil’s market cap currently hovers at $172.8 billion, compared to $194.6 billion for Salesforce. The Dow’s move implies that XOM’s fortunes will decline over the long haul in tandem with declining energy demand.

Read This Story: Why The Energy Status Quo Is Doomed

Conversely, technologies such as the cloud are on the rise. Salesforce offers enterprise cloud computing solutions, focused on customer relationship management (CRM). Salesforce has consistently reported stellar operating results. Indeed, Salesforce after the bell on Tuesday reported fiscal second-quarter earnings that beat analysts’ expectations, the day after the Dow’s announcement of the switch.

Don’t get me wrong. The global economy remains heavily reliant on fossil fuels and Exxon Mobil isn’t about to go out of business overnight. The strongest energy producers should survive over the long haul, through consolidation. When crude prices are low as they are now, merging helps struggling oil companies stay afloat by slashing costs and scaling up.

However, we’ve reached an inflection point whereby renewables and work-at-home technologies are enjoying an upward trajectory at the expense of fossil fuels. The pandemic is accelerating this trend.

The Dow selection committee’s announcement Monday can in some ways seem arbitrary. Why Salesforce and not, say, Amazon (NSDQ: AMZN)? The fact that the Dow can only include 30 companies at any given time means that a lot of valuable and influential companies are left out. It begs the question, how relevant is the Dow, anyway? That’s another discussion, for another time.

However, if you’ve been around the stock market long enough, you realize that a lot boils down to perception. Salesforce is deemed to be on the right side of the macro environment; Exxon Mobil on the wrong side.

“Carbon stocks” such as Exxon Mobil are perceived to represent a bygone industrial past, whereas digital pioneers such as Salesforce are in the forefront of the post-industrial economy. (Actually, “post-post” industrial is more accurate.) These nimble tech companies are benefiting from coronavirus-induced lockdowns and they’ll emerge from the pandemic even stronger.

The cloud permeates our lives, but the dominance of high-tech isn’t the only reason for Exxon Mobil to get dethroned from the Dow. The growing clout of renewables such as solar and wind plays a major role as well, especially solar.

Even though the Trump administration has aggressively assisted the oil and gas industry, renewable energy enjoys powerful tailwinds that will continue to unfold because of economic and technological realities that are largely immune to politics.

The solar industry has not seen its fortunes diminish in the face of cheaper fossil fuels, because solar now moves along its own supply-and-demand dynamics. Solar power today boasts a well-developed infrastructure, greater efficiencies, moneymaking companies and a growing customer base.

Solar’s customers are increasingly dependent on cheap, reliable power from the sun. The direction of oil prices no longer matters. Nor does solar depend on special tax incentives and subsidies for survival; it’s a huge and growing international industry in its own right.

Meanwhile, the cost of creating solar photovoltaic cells and systems keeps dropping at a rapid rate and the ability to store solar energy is becoming greater and more innovative.

From the cloud to solar energy, betting on the “disruptors” is one of the surest ways to create wealth. All of which brings me to another exciting tech trend that’s revolutionizing our lives: the global roll-out of 5G (“fifth generation”) wireless technology.

With its massive bandwidth capabilities, 5G is expediting cloud development and allowing companies such as Salesforce to better serve customers. To learn more about 5G and how to profit from it, click here for our special report.