How COVID-19 Disrupts the Investment Landscape

Economists generally believe that the worldwide recession of 2020 will be followed by a sharp recovery in 2021, with the world more or less picking up from where it left off prior to the COVID-19 pandemic.

I agree with part of this analysis: 2021 will see renewed economic growth. But it’s unlikely to be a simple return to the same situation. The pandemic will leave a permanent mark. It will mean that the bulk of growth will come from developing economies of the East, which will make growth stronger than most expect. Two investment implications are surging commodities and a rising emphasis on renewable energies.

I’ve noted in The Complete Investor before that COVID-19 affected different parts of the world in different ways. For most of the East, the impact, though brutal, was brief. For much of the West, though, and especially for the U.S., the impact has been both more severe and more protracted. As of this writing, cases in the U.S. are still setting records, though death rates are below the previous peak. 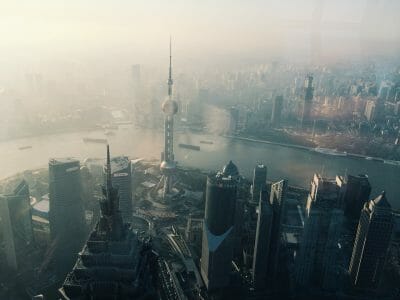 I think the East’s faster recovery will hasten a shift in which a rising portion of global growth comes from developing Eastern economies. The significance is that growth in developing countries is inherently more commodity-intensive than growth in the developed world.

As growth in the developing world accelerates, it will bring into focus fundamental scarcities of commodities. This shift from West to East, and the impact on commodities, is something I saw as inevitable and often wrote about well before COVID-19 emerged. But the pandemic will seal the deal and speed it up as the uneven effects of COVID-19 on the world give China ever freer rein in funding and financing Asian infrastructure.

China’s burgeoning Belt and Road Initiative (BRI) is fostering infrastructure creation in developing Asian, African, and other Eastern countries as well as in several developing Latin American countries. It’s estimated that BRI countries contain about 65% of the world’s population and account for roughly 33% of the world’s gross domestic product.

By creating an expansive range of infrastructure in large portions of the developing world, from high-speed rail to electric grids to 5G networks, BRI aims to establish broad-based connectivity among developing nations, linking them through trade, financial and security arrangements.

By a wide margin, BRI is the largest infrastructure project ever, many times larger than the Marshall Plan initiated by the U.S. after World War II. 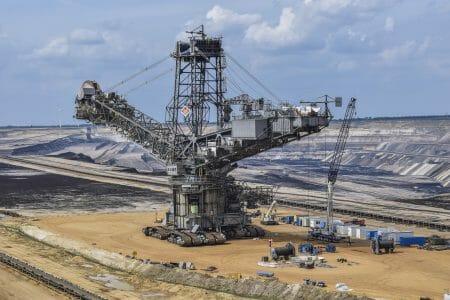 China recently earmarked $7 trillion for new infrastructure spending, $1 trillion of which it will spend this year. The target for spending the entire $7 trillion is likely 2025. Some will be spent in China, the rest in other BRI countries. Overall BRI infrastructure needs this decade will be about $30 trillion.

About 80% of China’s newly planned infrastructure projects will go to commodity-intensive projects. The other 20% will focus on new technologies such as 5G, artificial intelligence, the Internet of Things, and various quantum and space projects.

That’s just the start of unraveling all the implications. Extracting, refining, and transporting those commodities depends on energy. Some of that energy will come from other commodities (which them- selves require energy to produce), including oil, gas, and coal. These hydrocarbons can be viewed as a bank of stored energy. But that bank is finite and moreover, when used, damaging to the climate.

As a result, China-led infrastructure creation will make it clear how truly urgent it is to expand the use of renewable energies. Solar and wind, although they currently supply just a small fraction of the world’s energy needs, are the world’s fastest-growing energy sources, and that will remain the case. Other energy sources such as hydroelectric, geothermal, and nuclear also have a role to play but of necessity one that’s limited. 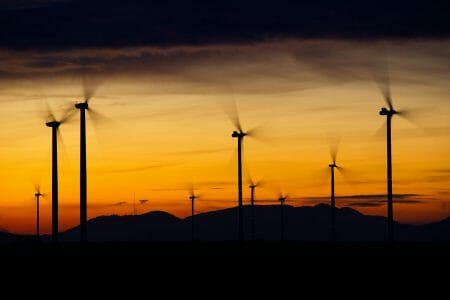 One catch is that scaling up wind and solar, as well as further developing other clean energy sources such as hydroelectric, will require using stored hydrocarbon energy sources. In other words, even as renewables play a rising role in powering growth, oil will continue to be essential.

Is there enough stored energy available to get us through the transition to a world powered largely by renewables? There’s no hard and fast formula to give us an answer. As a result, along with commodities and renewables, a related crucial investment area is energy conservation. After all, energy conserved is energy that does not have to be developed.

These comments just skim the surface of the complex interrelationships among commodities, energy, oil, renewables, and conservation, and we’ll explore them further in future articles.

Editor’s Note: Dr. Stephen Leeb just revealed valuable insights into the mega-trends that are transforming our lives. But in the above article, we’ve just scratched the surface of our investing team’s acumen.

Consider our colleague Jim Pearce. A veteran trader with decades of profitable trades under his belt, Jim is ready to reveal his personal secret for turning a bad year in the world into your most profitable year ever.

Do you have a spare $50 or $100 lying around to throw into one of his explosive trades? Do you have a couple of minutes to click your mouse or tap your phone? Then Jim’s first-ever online trade tutorial is perfect for you. Follow this link to sign up right now.