Dr. Stephen Leeb and I go way back. We first started working together at Investing Daily in 1990. The world was a far different place back then. The Internet was in its infancy, the Soviet Union was collapsing, and a celebrity named Donald Trump was a casino operator whose divorces and bankruptcies were tabloid fodder.

During those 30 years, through bull and bear markets, booms and busts, recessions and expansions, wars and natural catastrophes, Dr. Leeb has proven consistently prescient about investments. 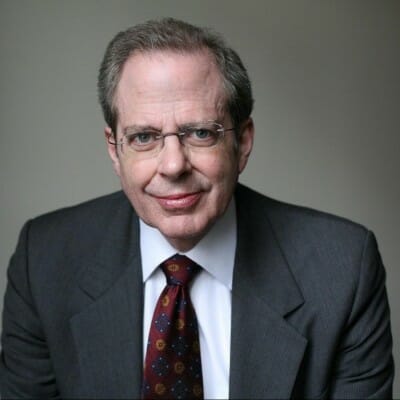 As investors grapple with a resurgent COVID-19 and extraordinary uncertainty, I wanted to get Steve’s view of what’s driving markets these days and how to trade now. My questions are in bold.

Yes, it has. The Fed has promised to keep interest rates near zero as long as it takes to get to full employment and to get core inflation (which excludes food and energy) above 2%. Chairman Jerome Powell estimates at least three years. Meanwhile, the only thing to bet against is the dollar.

This environment will be great for investors for a while. But it will create bubbles, potentially big ones, that eventually will burst.

We also may witness the end of the dollar’s long reign as the world’s reserve currency, a change that could happen even before bubbles in stocks and bonds swell to giant proportions. So investors should go all out to take advantage of this interregnum before everything goes pop. Our goal is to pick stocks with the greatest potential, both now and in the aftermath.

Until the Fed’s targets are reached, we’re focusing on green, growth, and gold. Resource scarcities make transitioning to renewable energies a nonnegotiable imperative. Any company with a commanding position in any product that helps that effort gets a gold star. And gold, too, gets a star as a beneficiary of Fed largesse and of what we’ll see when the current music stops.

Demand for crude oil has been declining, according to recent data. Will the energy sector bounce back anytime soon?

In my view, it’s far likelier that domestic demand will return to previous levels, or even higher, than domestic supply will top previous high marks. That view is supported by recent actions by Schlumberger (NYSE: SLB), the savviest oil services company, which recently had a fire sale on all its fracking assets, a strong indication that fracking has seen its best days.

But Schlumberger’s actions don’t mean the game is over for the less costly oil found in the East. China, the biggest user of oil, has been importing record amounts.

Most of the world has written oil off. After all, green is coming. But to get from black to green will take a lot of black. We’re guessing there’s still money to be made in oil, which even could spike. One thing you can rule out, however, is the Fed reacting to spikes, since oil is not part of core inflation.

The world seems to be at an inflection point, whereby renewable energy is in the ascendancy. Describe the investment opportunities in this area.

Renewable energies are an ever more important investment theme. Many of the biggest market winners these days are directly leveraged to renewables, notably NextEra Energy (NYSE: NEE). Silver plays also qualify given their role in photovoltaics.

And let’s not forget electric vehicles (EVs). Tesla (NSDQ: TSLA) is a great play if you can stomach its high volatility. But there are less volatile ways to play EVs, and therefore renewable energies, namely by focusing on a commodity that all EVs depend on: copper.

Transitioning to renewables is urgent. As we’ve discussed before, that’s not just because of climate change but also because of resource scarcities, including in fossil fuels. The key substitute for fossil fuels is electricity, which can be generated by renewable energies like wind and solar.

Unfortunately, the U.S. has gotten far too complacent about ensuring we’ll have the resources needed to build out renewable energy infrastructure. In contrast to China, we have no major government focus on this area.

You’ve often stated that you expect inflation to rise. Why?

In the end, the pandemic will likely accelerate the timeline for commodity scarcities. At the same time, it has strengthened China’s relative position and its ability to achieve its goals, including a gold-backed monetary system, with the West less able to push back. Both these developments are bullish for gold.

The pandemic has drastically cut into growth. But that’s for now. Growth will pick up again, both in the East (where it’s already starting) and in the West, which virus or no virus can’t afford to slip ever further behind.

Read This Story: How COVID-19 Disrupts the Investment Landscape

The resumption of growth means the current sharp slowdown in demand for commodities is short term. But for supplies it’s a different story. Revving up global commodity production will take a lot longer. In fact, production may never return to former levels. That demand/supply imbalance is one reason to expect commodity prices to rise.

Editor’s Note: Dr. Stephen Leeb has provided invaluable investing insights, but the above interview only scratches the surface of the expertise on the Investing Daily team.

Consider the investment advice of my colleague Jim Pearce. A veteran trader with decades of profitable trades under his belt, Jim is ready to reveal his trading system that makes money from the market’s imbalances. He knows how to pinpoint overvalued stocks and harvest a windfall from their day of reckoning.