To borrow a famous drug-themed song lyric from the 1967 Sgt. Pepper album, marijuana is getting by…with a little help from its friends. More and more lawmakers are jumping aboard the cannabis bandwagon. By my count, there are now 1,618 cannabis-related bills moving through state legislatures and Congress for 2020 sessions.

In turn, these new laws are profoundly changing social, consumer and financial behaviors. Let’s take a look at the latest federal and state initiatives. Marijuana investors ignore these developments at their peril.

The Illinois Department of Revenue announced on October 13 that the state has generated more than $100 million in marijuana tax revenue since legal recreational cannabis sales launched on January 1, 2020.

The department stated: “Thanks to those who have carefully overseen this brand-new industry’s successful launch in Illinois, revenue is flowing to local governments, to drug treatment programs and law enforcement, and being reinvested in our communities hit hardest by the failed policies of the past.”

The trend toward marijuana legalization is unstoppable, especially as states such as Illinois get accustomed to the tax revenues from marijuana sales. In the recent words of U.S. House Speaker Nancy Pelosi (D-CA):

“What is my position regarding the states that have medical marijuana or recreational marijuana as the law of their states? I think that has to be respected. I think tax and regulate. And in order to do that there has to be a level of respect for the fact that, if you’re going to have recreational marijuana, somebody is in business to do that and they have to have tax treatment in order for them to function as a business.”

The nation’s capital itself is becoming ever-more marijuana friendly. Washington, DC council members filed a new bill this week to encourage participation and ownership in the legal medical marijuana industry by formerly incarcerated people. The council stated in a press release: “There is no reason why those who’ve paid their debt to society should be locked out of this industry any longer.”

A new poll released this week shows that Montana voters are poised to approve marijuana legalization ballot measures next month, but 10% of voters are undecided.

A New York State senator this week introduced a bill to create a public bank that could accept funds from marijuana businesses. Lack of access to banking is a chronic problem for marijuana companies.

Pending in Congress is the Secure and Fair Enforcement (SAFE) Banking Act, federal legislation to expedite the marijuana industry’s access to banking services. 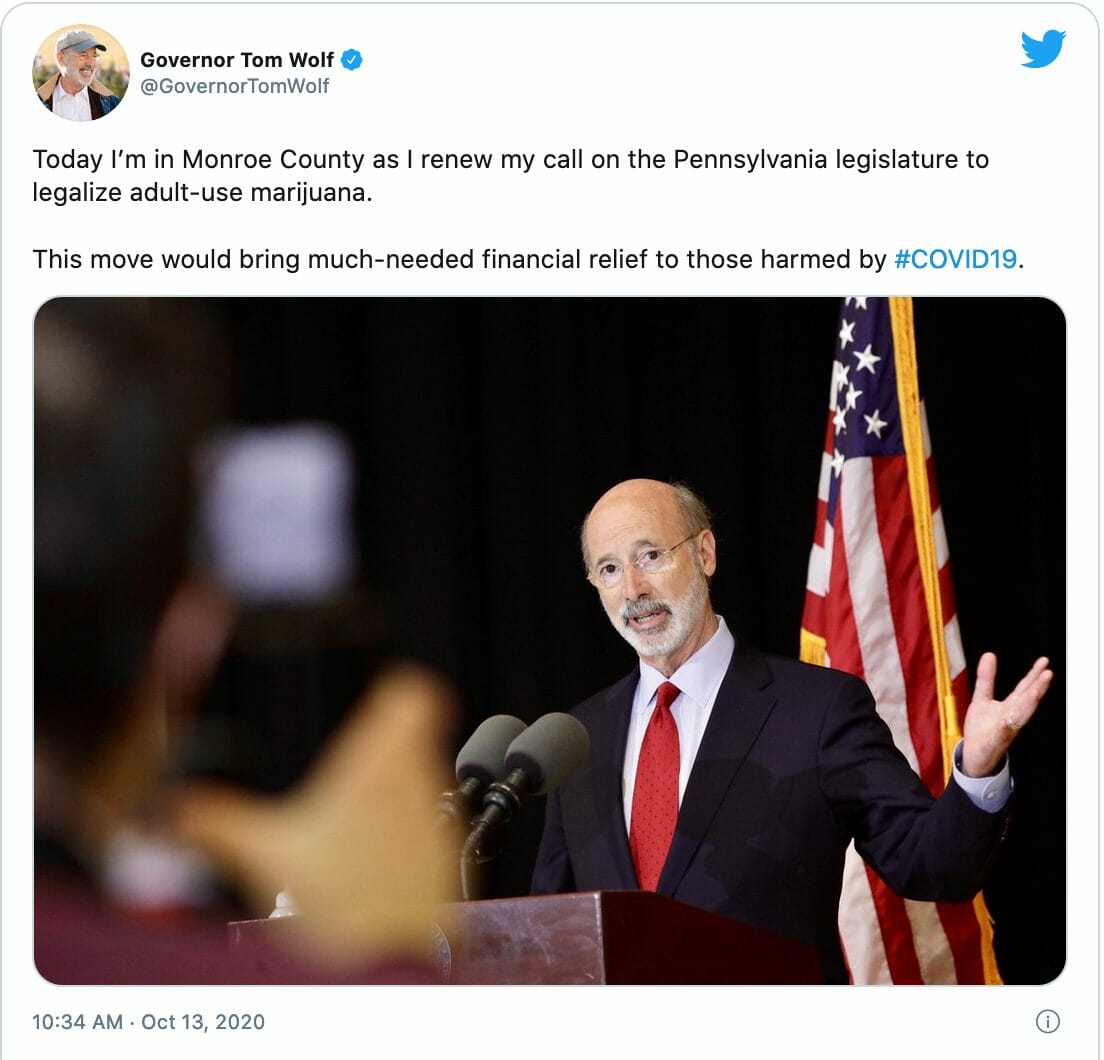 The Department of Veterans Affairs’ Office of Research & Development tweeted on October 13: “New study by researchers @SFVAMC indicates that a growing number of women are either using cannabis or want to use it for the management of menopause symptoms.”

Two bills pertaining to veterans and marijuana are pending in Congress. One would let Department of Veterans Affairs doctors issue medical cannabis recommendations, while the other would direct the department to expand marijuana research.

Blood in the streets…

It’s no secret that the marijuana bubble burst in the latter part of last year, reminiscent of the dot-com bust of 2000. But don’t let that scare you from marijuana investing. Remember the old investment adage: the time to buy is when there’s blood in the streets. Plenty of solid marijuana stocks are now on the bargain shelf.

As my above article makes clear, the marijuana industry enjoys enormous legal tailwinds. Some cannabis stocks are stellar investments. Many others are not. You need to conduct due diligence.

I especially like the “pick-and-shovel” plays on the marijuana boom. These companies aren’t necessarily about growing marijuana nor are they developing cannabis-derived drugs. They’re infrastructure stocks that can be wildly profitable.

Marijuana investing can be risky, but you can seek greater safety (and profits) by focusing on the ancillary firms that provide infrastructure services for growing pot companies in either the recreational or medicinal segments.

The good news is, we’ve done the investment homework for you. Our stock-picking experts have unearthed hidden gems in canna-business that most investors don’t even know about. Click here for our report on the best pot stocks.