This Is Your Brain…on Cannabis Profits

I’m old enough to remember the strident public service announcements on television that were part of the War on Drugs, back when TV stations were actually compelled by the FCC to run such ads.

The most famous (or should I say, infamous) ad ran in 1987 and it went this way:

Ronald Reagan, who was president during this ad campaign, accelerated the War on Drugs. President Reagan had this to say about marijuana: “I now have absolute proof that smoking even one marijuana cigarette is equal in brain damage to being on Bikini Island during an H-bomb blast.”

Fast forward to the present day. In the most recent Gallup poll, 68% of Americans now favor legalizing marijuana. When Gallup first started tracking legalization support numbers in 1969, only 12% of Americans supported the idea. That’s quite a reversal in public opinion. Looking for an investment mega-trend? The mainstreaming of marijuana certainly qualifies.

Americans and most state governments are turning their back on the War on Drugs, at least as far as marijuana is concerned. Psychedelic substances are joining marijuana in the nationwide wave of legal reform. Cannabis is emerging into a multi-billion-dollar industry; magic mushrooms and LSD aren’t far behind.

The trend toward cannabis legal reform was vividly apparent during the November 3 election. Ballot measures in Arizona, Montana, New Jersey and South Dakota to legalize recreational marijuana all passed.

Read This Story: Just Say Yes: Marijuana Reform Is On a Roll

South Dakotans also approved a separate measure permitting medical marijuana use, as did Mississippi voters. It’s only a matter of time before the feds legalize marijuana, especially with the Democrats preparing to move into the White House in January.

Oregon on November 3 became the first state to decriminalize small amounts of cocaine, heroin, methamphetamine and other drugs. It doesn’t fall under the purview of this publication to comment on those particular substances. But the larger, more relevant point is this: the days of demonizing marijuana as a “harmful” drug that fries your brain are over. 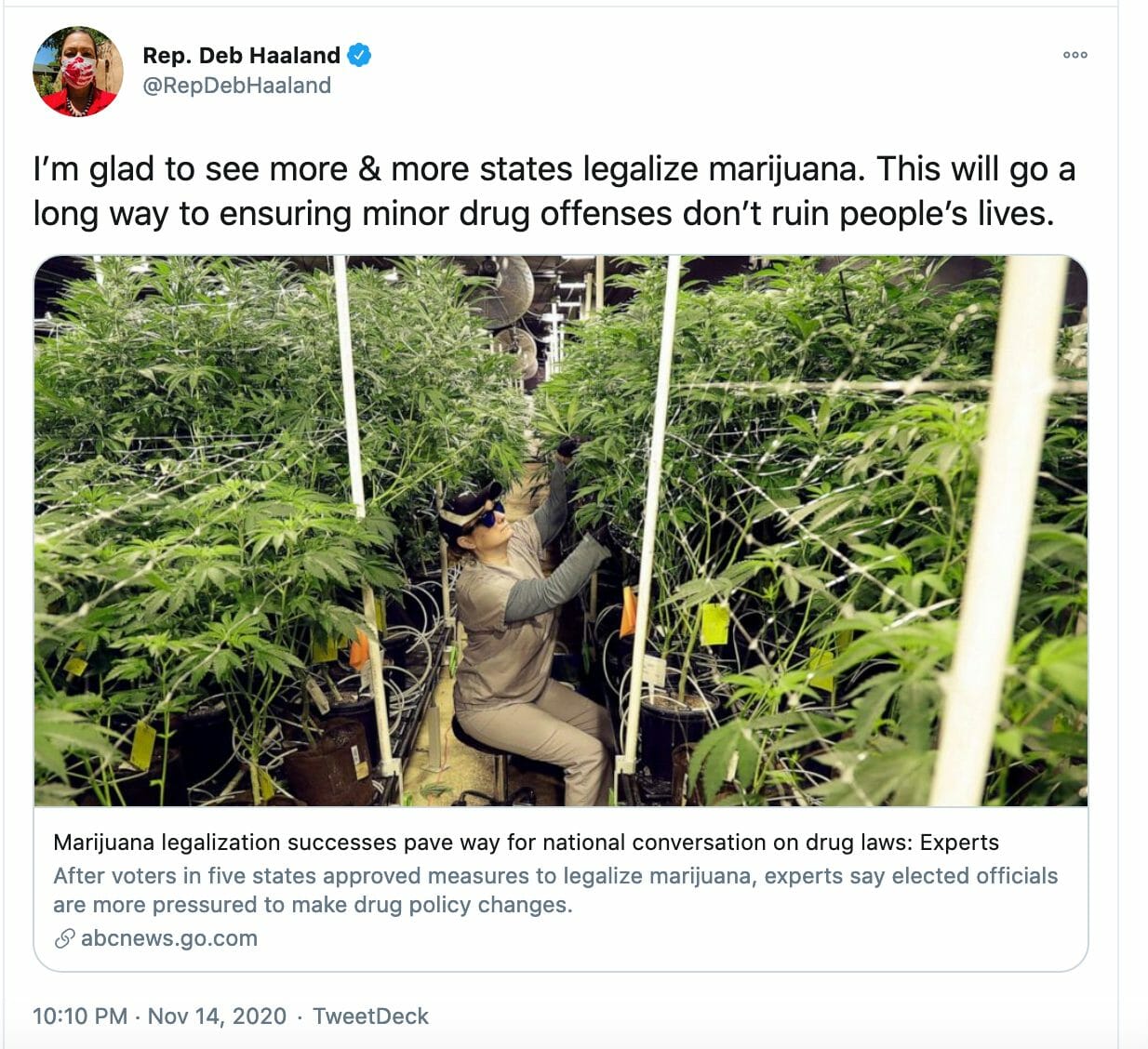 Medical marijuana is legal in New Mexico for patients with qualifying conditions. Recreational (aka adult use) cannabis has been decriminalized in New Mexico.

The war on people…

Why are Americans so intent on reversing the War on Drugs? Here’s a major reason: The officials who launched that war later admitted it was politically motivated.

President Richard Nixon declared a War on Drugs that over the years didn’t make much of a dent in drug consumption. The War on Drugs accomplished at least one goal, though: the mass incarceration of minorities in the U.S.

John Ehrlichman, Nixon’s aide on domestic affairs (who would eventually get convicted in the Watergate scandal) was the architect of the War on Drugs. Here, in Ehrlichman’s own words, was his rationale for the Nixon administration’s draconian drug policy:

“You want to know what this was really all about? The Nixon campaign in 1968, and the Nixon White House after that, had two enemies: the antiwar left and black people. You understand what I’m saying? We knew we couldn’t make it illegal to be either against the war or black, but by getting the public to associate the hippies with marijuana and blacks with heroin, and then criminalizing both heavily, we could disrupt those communities. We could arrest their leaders, raid their homes, break up their meetings, and vilify them night after night on the evening news. Did we know we were lying about the drugs? Of course we did.”

Small wonder that most of our elected officials are now singing a different tune, as scientific research increasingly attests to the psychological and medical benefits of marijuana and even psychedelics.

Marijuana scored big wins on November 3 but the movement for reform rolls on (pun intended).

Virginia Gov. Ralph Northam (D) on Monday called for marijuana legalization in 2021, after a legislative study commission issued recommendations for how the state can regulate a legal cannabis market. The group projected that legalization could generate more than $300 million in annual tax revenue and create 11,000 jobs.

Gov. Northam campaigned on simple decriminalization, a policy he signed into law earlier this year, but until now had never taken a stand on broader adult-use legalization.

“We are going to move forward with the legalization of marijuana in Virginia. I support this and I’m committed to doing in the right way,” he said during a briefing, adding that it’s “not going to happen overnight.”

“Marijuana laws have been based originally in discrimination and undoing these harms means things like social equity licenses, access to capital, community reinvestment and sealing or expunging people’s prior records,” Northam said.

Rhode Island’s incoming House speaker said last Friday that the chamber is “very close” to garnering majority support for legalizing marijuana, and he’s “absolutely” open to enacting it in 2021. His comments came in the wake of the Senate majority leader calling for legal cannabis this month.

These legal and regulatory initiatives point to the emergence of a “green wave” in 2021. The time for investors to get a stake in the growing marijuana industry is now.

Our stock-picking experts have unearthed hidden gems in cannabusiness that most investors don’t even know about. To learn the details of the best marijuana plays now, click here for a free report.