Cannabis Investors: Georgia On Their Minds

I’ve been a political junkie ever since elementary school. I remember as a pre-teen, reading The New York Times every day and getting into heated arguments with my teachers about Johnson, Nixon, the Vietnam War, and other weighty issues of the era. Adults found me precocious; classmates found me, well, rather odd.

My politically obsessed mind these days is very much on Georgia. If you’re a marijuana investor, your mind should be on the Peach State, too. 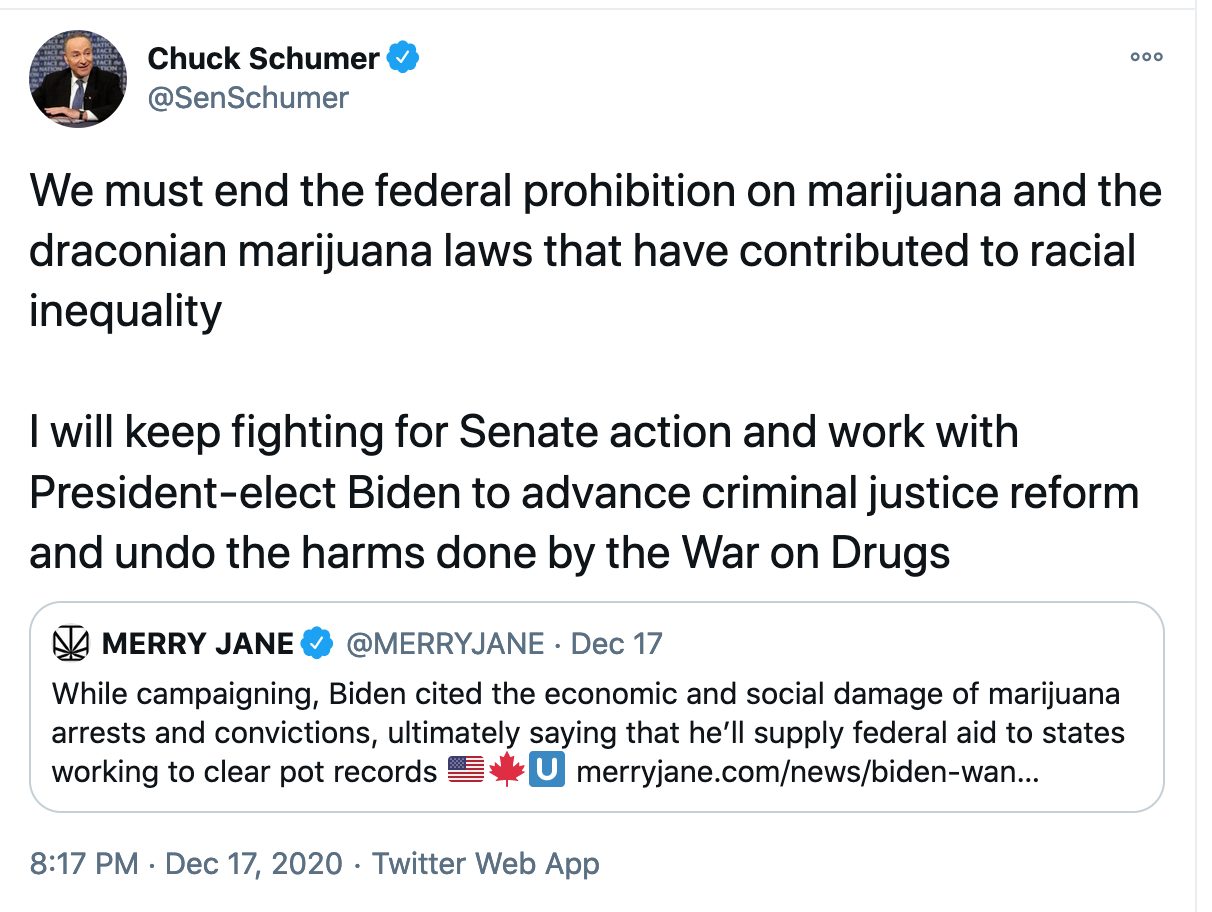 This month, the U.S. House passed the Marijuana Opportunity, Reinvestment and Expungement (MORE) Act. The landmark MORE legislation would remove cannabis from the federal Controlled Substances Act, expunge past marijuana-related convictions and require certain criminal cases to be resentenced.

Read This Story: Cannabis 2020: The Year in Review

McConnell has expressed opposition to MORE. If the stubborn Kentuckian disdains a bill, it never makes it to the floor for a vote. Hence his nickname, “Dr. No,” bestowed on him by his rival Schumer.

President-elect Joe Biden has indicated he would sign MORE if the bill reaches his desk. Keep an eye on Georgia. Democratic wins in the state would provide a catalyst for marijuana equities to shoot higher.

To win in Georgia, Democrats will need to break political precedent in a state that for years has gone Republican. Biden won Georgia on November 3, the first Democrat to accomplish this feat since 1992. With the elections just a few weeks away, the Senate runoff races remain too close to call.

Republican Senators Kelly Loeffler and David Perdue are squared off against Democratic challengers Raphael Warnock and Jon Ossoff, respectively. The two Republicans are against lifting marijuana restrictions; the two Democrats are in favor.

Whether you’re a Republican or a Democrat, a liberal or a conservative, you should recognize this objective reality: The fate of federal marijuana legalization rests on the shoulders of Georgia voters.

If Democrats win both races, marijuana reform will advance under a Biden administration. Indeed, Biden’s ability to get anything done in terms of policy largely depends on what happens in Georgia. If the GOP retains control of the chamber, McConnell can be counted on to stymie the Democratic agenda not just on weed but on a wide variety of initiatives.

“Look, if you’re in Georgia right now, you will control whether weed gets legalized or not based upon whether you go out and vote…

We have had not a war on drugs or war on pot in this country; we had a war on people…disproportionately black and brown people who find their lives economically devastated because of getting arrested for things that I saw done in college by privileged people at Stanford or Yale without any fear of retribution.”

Several other political leaders are linking social justice issues with calls for drug policy reform, providing yet another tailwind for marijuana legalization. An increasing number of politicians are waging war, against the War on Drugs.

California Gov. Gavin Newsom (D) recently characterized his state’s legalization of marijuana as a “civil rights” issue. Likewise, Virginia Gov. Ralph Northam (D) has asserted that the passage of marijuana decriminalization legislation this year in Virginia represents an example of how his state has tackled racial injustices.

The South’s gonna do it…

While a majority of voters in Georgia favor marijuana legalization, recreational marijuana remains illegal in the state. However, in April 2019, Republican Gov. Brian Kemp signed into law a bill to allow medical marijuana to be grown and sold in Georgia.

When it comes to marijuana legalization below the Mason-Dixon line, the lyrics of the 1974 song “The South’s Gonna Do It” by Charlie Daniels come to my mind:

Get loud, well you can get loud and be proud
Well you can be proud here
Be proud to be a rebel ’cause the South’s gonna do it again

It’s striking that Mississippi, in the culturally conservative heart of Old Dixie, voted to legalize medical pot last month. It tells investors that the mainstreaming of marijuana is an unstoppable trend.

Arizona, Montana, and South Dakota tend to lean Republican as well, although this year Biden won Arizona (with the help of John McCain’s widow Cindy).

The current political environment means we could be one Senate vote away from full legalization of marijuana. Our investment team just uncovered one neglected pot company that’s set to blast off when it does. The time to buy the company’s stock is before this pivotal event occurs. Click here for details.