Deja Vu All Over Again?

A bitterly fought presidential campaign amid a sharply polarized electorate; a divisive Republican standard-bearer whose rhetoric incites civil unrest and bloodshed; armed protests in the nation’s capital that bring forth the National Guard; racial tensions erupting into urban violence; widespread accusations of police misconduct against minorities; U.S. troops fighting “no win” battles against guerrilla insurgencies in foreign lands; growing economic insecurity among the middle class; seething hatred and mistrust between Democrats and Republicans; worsening political incivility and a coarsening of public discourse…

As we survey similarly tumultuous events this week, I’m reminded of the often-quoted malapropism of baseball legend Yogi Berra: “It’s like deja vu all over again.”

I brought your attention to the year 1968 because historical context is always helpful when trying to make decisions. When pro-Trump mobs stormed Capitol Hill last night in a failed attempt to stop the certification of Joe Biden’s presidential win, the images on television reminded me of watching the news in the late 1960s. Events often seemed bleak back then. But the passage of time reminds us: never bet against America.

Since the coronavirus lows of late March 2020, we’ve been enjoying a stock market rally and economic recovery. Do investors face a day of reckoning? Not anytime soon. Stocks have gotten pricey and we may experience a few dips over the near term, but I remain confident that conditions are in place for a continued bull run this year.

After the halls of Congress were ransacked by violent MAGA protestors Wednesday, lawmakers early Thursday morning voted to affirm Biden as the next president of the United States. Let’s look at the new political equation in Washington and what it means for Wall Street.

The January 5 runoffs for two Georgia Senate seats resulted in twin Democratic victories. The Democrats will soon control all the marbles: the White House, U.S. House, and U.S. Senate.

Joe Biden vows to quickly push for another round of massive fiscal stimulus, to shore up the economy and by extension the stock market. This legislative initiative is likely to pass. That’s good news for certain sectors, especially companies involved in construction and public infrastructure.

To be sure, we may eventually see higher corporate taxes and regulation, but the financial and business communities have deep ties to Joe Biden, whose long history as a politician is essentially centrist. It’s extremely unlikely that we’ll witness the emergence of any “soak the rich” schemes under the new regime. Advisors who tell you to dump stocks because of the changing political situation are committing financial malpractice.

Meanwhile, the Federal Reserve remains committed to loose monetary policy into the foreseeable future. According to the minutes of the Fed’s last policy meeting released Wednesday, the U.S. central bank continues to back near-zero rates and bond purchases to support the recovery. The roll-out of coronavirus vaccines is another plus for the economy and investors.

All of these factors strengthen the bull case for 2021. If you want confirmation, look no further than the current mood on Wall Street. After it was clear that Biden’s election would be certified in Congress and the Democrats had won the Senate, stocks soared to reach new highs, despite the temporary violence in the streets of Washington, DC. Wall Street isn’t ideological; it’s pragmatic.

In pre-market futures trading Thursday morning, all three indices were poised to open in the green, as calm returned to Washington.

Don’t make investment decisions based on your party affiliation or electoral preferences. You should develop a strategy that’s designed to last beyond a single election cycle. Focus on the fundamentals, not alarming headlines. As 2021 gets underway, those fundamentals are set to get stronger.

So what’s a shrewd “Biden play” in the new year? The marijuana sector beckons. The marijuana industry will continue to benefit from state-level legalization in 2021, with the lifting of the federal prohibition only a matter of time.

With the Democrats about to control the Senate, passage of MORE is a slam-dunk. President-elect Joe Biden has indicated he would sign the bill. The lifting of the federal prohibition of pot would open the floodgates to new investment.

Marijuana has been resistant to economic damage from COVID-19. As the pandemic hobbles social and economic life in the U.S., consumers have been flocking to marijuana to treat their ailments or to relieve the stress of quarantine.

The pandemic’s boost to the sales and earnings of marijuana companies has resulted in rising stock prices for publicly traded canna-businesses. This upward swing of pot stocks should continue this year and beyond. A wave of corporate consolidation in the marijuana sector also is benefiting investors, as weed companies get into fitter financial shape. 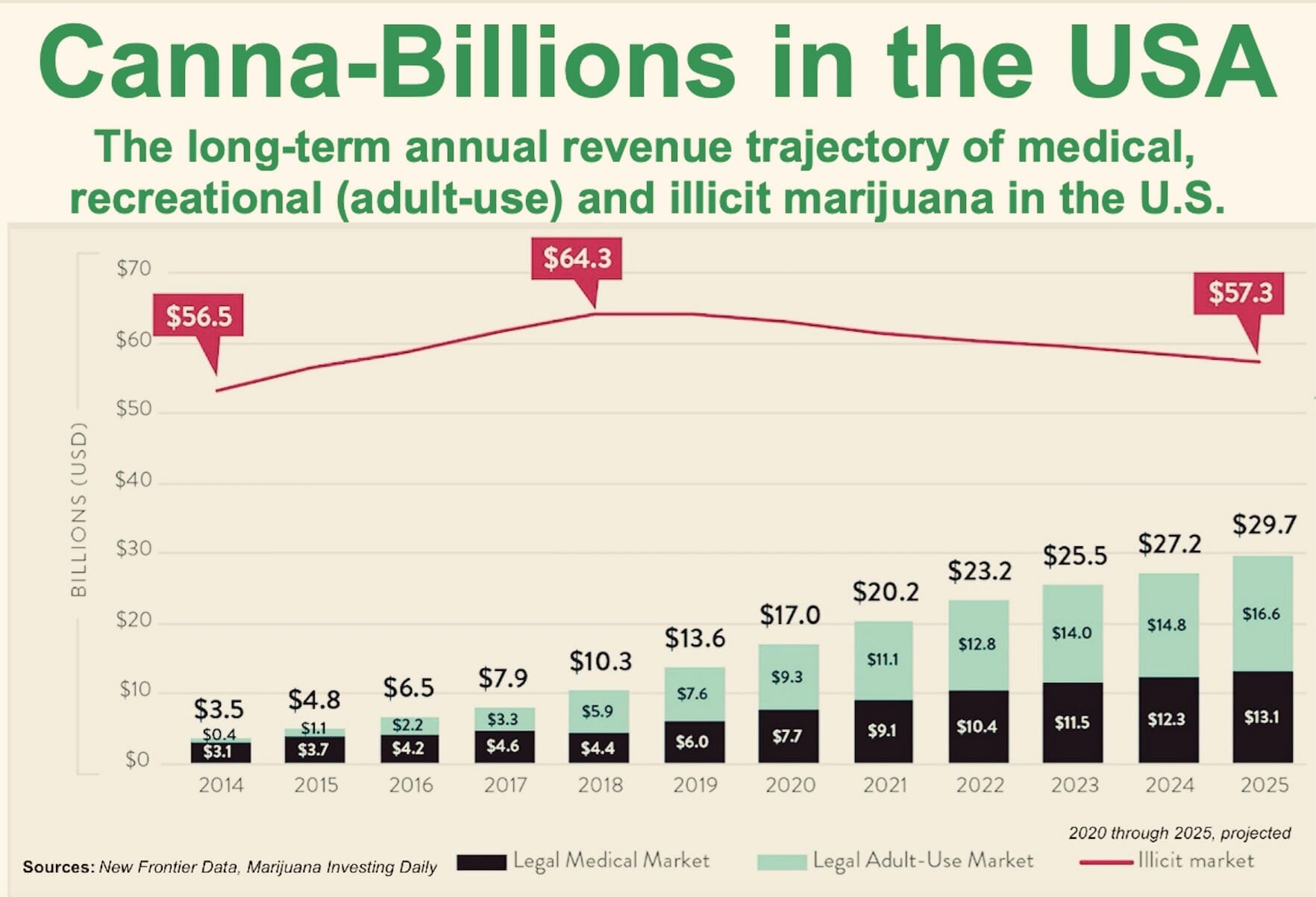 The House vote to approve MORE, together with the Democratic Senate wins in the January 5 Georgia runoffs, have brought our country closer to marijuana legalization than we’ve ever been in history. The current political environment means we could be one Senate vote away from full legalization.

Further upside is in the cards for marijuana equities. Indeed, our investment team just uncovered one neglected pot company that’s set to blast off. Click here for details.