When President Franklin Delano Roosevelt was asked at a press conference whether he was a capitalist, a communist, or a socialist, he simply responded: “I am a Christian and a Democrat, that’s all.”

Now that the Democrats are set to control the White House and both chambers of Congress, don’t get hung up on political labels and “isms.” Put aside red and blue and keep your eye on the green, as in marijuana and money.

In tandem with the governor, Illinois State Police have wiped clean more than 492,000 non-felony cannabis-related arrest records. The actions by Pritzker and state police were mandated by the Illinois law that legalized the licensed sale of marijuana starting in 2020. 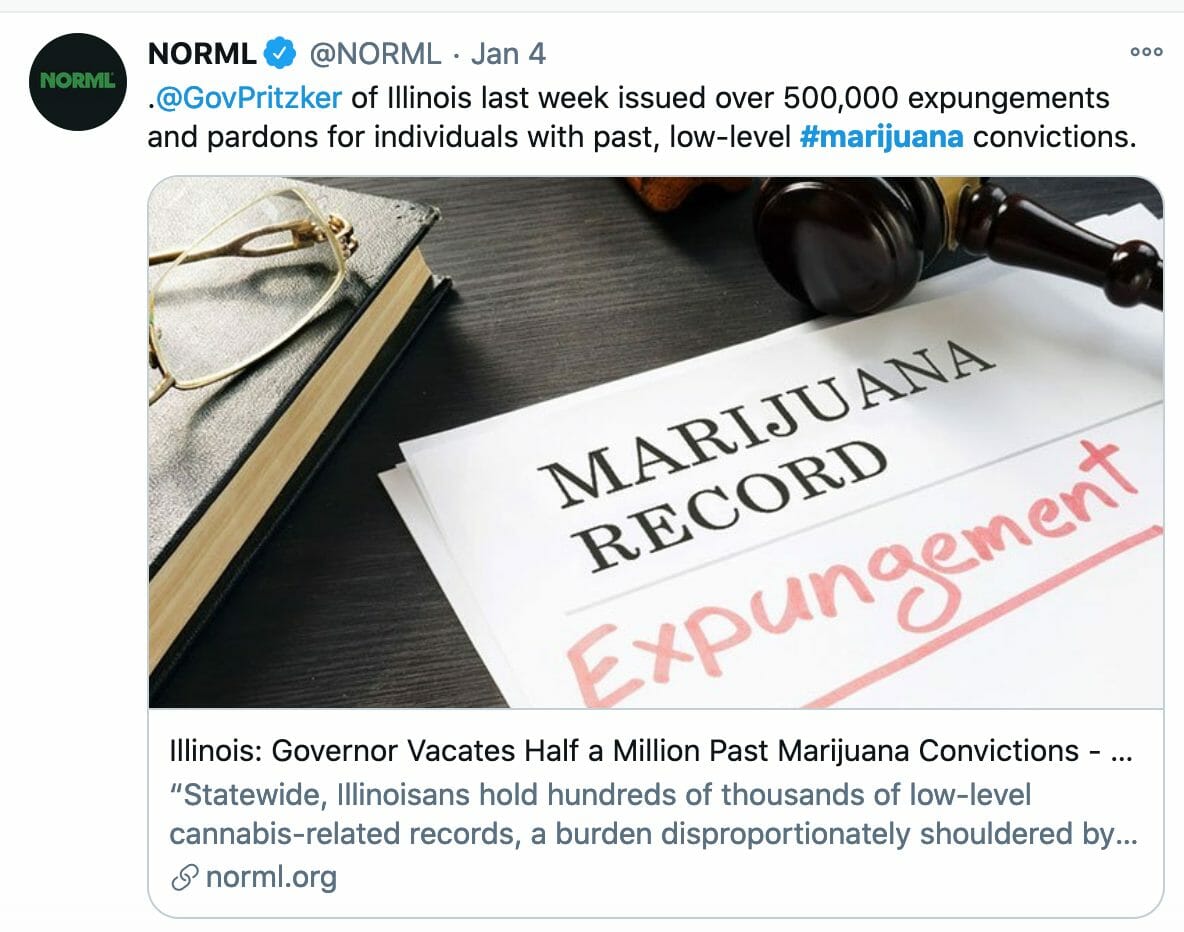 With Democrats seizing the gavel in the Senate, passage of MORE is a slam-dunk. President-elect Joe Biden has indicated he would sign the bill. The lifting of the federal prohibition of pot would open the floodgates to new investment.

Marijuana has been resistant to economic damage from COVID-19. As the pandemic hobbles social and economic life in the U.S., consumers have been flocking to marijuana to treat their ailments or to relieve the stress of quarantine.

The pandemic’s boost to the sales and earnings of marijuana companies has resulted in rising stock prices for publicly traded canna-businesses. This upward swing of pot stocks should continue into 2021 and beyond. A wave of corporate consolidation in the marijuana sector also is benefiting investors, as weed companies get into fitter financial shape.

The House vote to approve MORE, together with the Democratic Senate wins in the January 5 Georgia runoffs, have brought our country closer to marijuana legalization than we’ve ever been in history. The current political environment means we could be one Senate vote away from full legalization.

Marijuana investors should keep an eye on other profit catalysts as well. These include:

The bill’s chances of passage in the House and Senate have greatly improved, especially now that Schumer is about to become majority leader.

A bipartisan group of House members, led by Rep. Earl Blumenauer (D-OR), introduced the bill in 2019 and it passed in December 2020. It would simplify the registration process for researchers interested in studying cannabis and allow certified scientists to obtain research-grade cannabis from private manufacturers. Scientists have been reporting difficulties in obtaining quality cannabis for study and the development of new drugs.

With marijuana-friendly Democrats poised for total control of the executive and legislative branches in Washington, further upside is in the cards for marijuana equities. Indeed, our investment team just uncovered one neglected pot company that’s set to blast off. Click here for details.