For the sake of your career, personal development, and investment acumen, it’s always a good policy to surround yourself with smart people. I’m privileged to work with some of the most intelligent people in the investment world.

Which brings me to my colleague Nathan Slaughter [pictured here], the chief investment strategist of our premium trading services, Takeover Trader and High-Yield Investing. 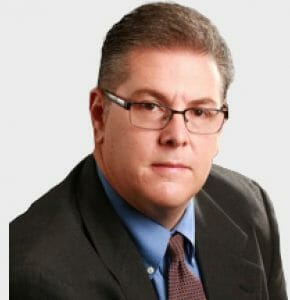 As global stocks rise in tandem with the main U.S indices, I decided the time was right to ask Nathan about international investments.

Americans tend to be parochial; it’s been ingrained in our nature ever since George Washington warned the new republic about foreign entanglements. But if you don’t have exposure to foreign equities in your portfolio, you’re leaving money on the table.

Let’s see what Nathan has to say about the big wide world of investments. My questions are in bold.

Why should investors maintain international diversification?

According to the World Bank, the United States accounts for about 55% of the world’s stock market value. That means 45% (more than $40 trillion) resides overseas. In fact, 80% of the world’s publicly traded companies are foreign-based, compared with 20% headquartered domestically.

So there are four times as many investment options outside our borders than within, many with two to three times the meager 2% average yield found stateside.

That’s why I tell investors whose portfolios lack international exposure that they’re only looking at part of the menu. You’re missing out on half of the world’s potential opportunities.

Give us a global view of opportunities right now, by sector and by specific stocks.

Take the financial services sector. We like to think that New York’s JPMorgan Chase (NYSE: JPM) is the world’s mightiest bank, with over $3 trillion in assets on the balance sheet. But it’s not even close. London’s HSBC Holdings (NYSE: HSBC), Japan’s Mitsubishi UFJ (NSDQ: MUFG), and China’s Industrial & Commercial Bank are all larger.

In fact, just four of the world’s 20 most powerful banks are based in the U.S. If you limit your portfolio to domestic stocks, you automatically eliminate the other 16 from consideration. And that’s a mistake, if for no other reason than the fact that MUFG offers more than double the payout of JPM.

The U.S. does have bragging rights to the world’s largest retailer in Wal-Mart (NYSE: WMT). But France’s Carrefour (OTC: CRRFY) isn’t too far behind, with over $80 billion in annual sales. And Germany’s discount grocery chain Aldi has over 11,000 stores in 18 countries, more outlets than Albertson’s and Publix combined.

Read This Story: Looking for Post-COVID Profits? Look to Europe

If you look at the world’s 30 largest retailers by sales, only 11 call the U.S. home, whereas 19 are headquartered in foreign countries from Australia to the Netherlands. Likewise, more than half (11) of the 20 biggest money-making pharmaceutical companies are based outside the U.S.

If you don’t have any overseas exposure, you could benefit from a powerhouse like GlaxoSmithKline (NYSE: GSK), which sports a robust dividend yield near 6%.

The story is the same across many other industries: steelmaking, mining, manufacturing, you name it.

What’s the track record of foreign equities compared to those based in the U.S.?

Guess how many times the S&P 500, which comprises U.S.-based companies, has been the world’s top performing index over the last 30 years? Zero. Not once. Last year’s 18% return was nothing to sneeze at. But it wasn’t even close to Denmark’s 44% return. The year before New Zealand took top honors with a gain of 39%.

Now, I’m not suggesting that you call your broker and instruct him to bet everything on the Copenhagen Stock Exchange. In fact, please don’t. The point is that foreign markets routinely outrun our own and those returns aren’t being skewed by one or two standout performers.

AllianceBernstein compiled some enlightening statistics on this subject. On average, three-fourths of the 50 top-performing stocks each year have been found outside the U.S. That trend remained firmly in place last year, with the U.S. hosting just two of the world’s 50 biggest winners. That means the other 48 (96%) traded on foreign exchanges.

My readers might recall that I’ve made some of these arguments before. After all, they ring true year after year. But international markets could have even more of an edge in 2021.

There are at least three key macro developments that bolster the case for overweighting foreign stocks over the next 12 months: the U.S. dollar is sagging, swifter economic growth overseas, and more attractive valuations abroad. If you haven’t already added some international flavor to our portfolio, now’s a good time to start.

Editor’s Note: My interview with Nathan Slaughter has given you invaluable investing insights, but I’ve only scratched the surface of the expertise on our team.

If you want to stay bullish but at the same time lower risks, consider Rapier’s Income Accelerator. It’s a new trading service run by our colleague Robert Rapier.

As chief investment strategist of Rapier’s Income Accelerator, Robert has devised a new, safe way to quickly generate cash on demand, without touching toxic assets that can wipe out your nest egg. Click here for details.