Mr. Hall shouting his famous catchphrase “Let’s…make…a…DEAL!” comes to my mind, as I observe the pandemic-era surge in corporate deal-making.

The initial public offering (IPO) market right now is hotter than it’s been in years, but it’s difficult to separate the hype from genuine opportunity. Make the wrong bet and you could get badly burned. Below, I’ll provide a few tips for navigating the often treacherous IPO landscape. I’ll also steer you toward a way to profitably leverage the explosion in mergers and acquisitions (M&As).

So far during the first half of 2021, we’ve witnessed $171 billion worth of U.S. IPOs, a level that already surpasses 2020’s record, according to new data published by Dealogic. And we still have more than six months to go in the year.

Frothy stock market valuations, propped up by fiscal stimulus and the Federal Reserve’s ultra-low interest rate policies, are fueling the IPO boom. Analysts estimate that U.S. IPOs could raise a massive $250 billion-$300 billion by the end of 2021.

For context, the following chart lists the biggest IPO deals in history (as of June 2021): 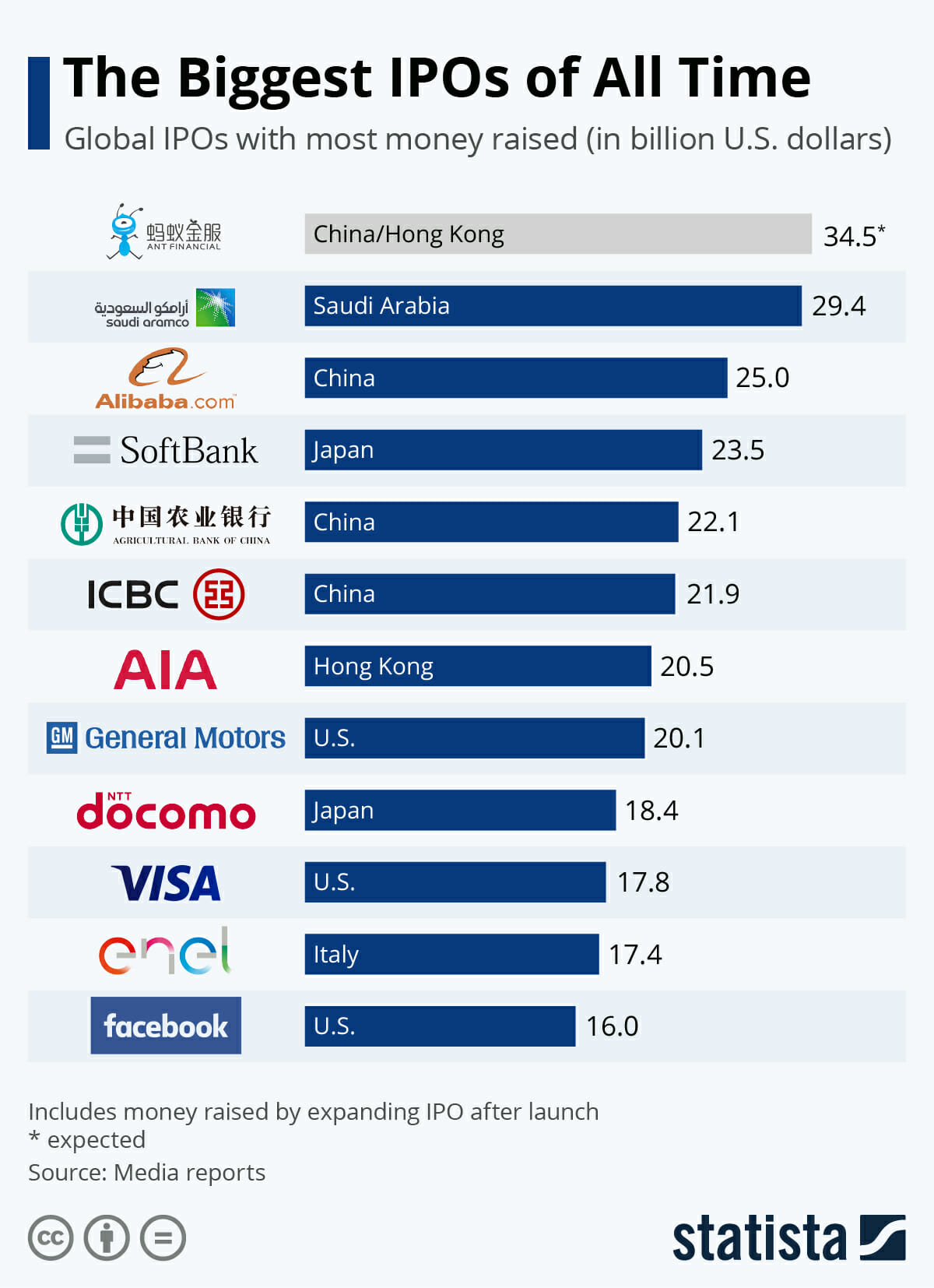 The surge in IPOs reflects investors’ increasing willingness to shoulder risk, as they scour the overvalued equity landscape for new sources of growth. In the second quarter of 2021, the deals have included a more diverse range of industries than usual. Investors are craving places to put their money, which also helps explain the rise of “meme” stocks.

The combination of low interest rates and bull market is manna for IPOs. However, in a statement Wednesday after the Federal Reserve’s two-day meeting, Fed Chair Jerome Powell expressed a more hawkish tone. Powell said inflation was picking up faster than expected and monetary tightening could occur in 2023. Wall Street didn’t like what it heard.

Powell continued his dubious track record of tanking the stock market by simply opening his mouth. However, equities still trade near record highs and the IPO market isn’t likely to abate anytime soon.

A shrewd way to play the IPO craze is to hunt for so-called “broken IPOs.”

Some IPOs are trading at low prices for a valid reason and should be avoided, but with due diligence, you can determine which ones might be worth buying on the cheap.

Analyzing the potential of an IPO can be difficult. Often its track record is short and the financials aren’t as detailed as those for a company that’s been public for years.

Then there’s the price at which the company went public. Teams of analysts at investment banks work hard to get the price right. It must be high enough to raise the money the company requires but still leave room to increase and give investors who bought the IPO financial gratification.

When an IPO drops below this threshold price, shareholders take a long, hard look at their investment. IPO investors often have little loyalty to owning the shares and quickly dump their stake if the company posts a disappointing quarter.

Given this scenario, underperforming IPOs can provide investors the opportunity to buy fantastic gems at bargain prices. One investor’s trash is another one’s treasure.

I rely on certain criteria for finding broken IPOs that are worthy of investment. The market cap should hover between $200 million and $1 billion, the sweet spot for small-cap investors. Next, the companies must be profitable and trade at a discount to industry peers. I also look for a price-to-earnings ratio lower than the company’s expected growth rate.

Whispers on the Street…

Many recent IPO deals are biotechnology firms. Shouldered with research and development budgets that devour cash, these fledgling companies are eager to rake in the riches awarded by Big Pharma.

In addition to biotech, segments currently serving as enticements for IPOs and M&As are artificial intelligence, robotics, and 5G wireless networks. As the pandemic spurs economic restructuring, corporate consolidation is accelerating. Even the whisper of a mega-deal can hand investors enormous returns.

Which brings me to my colleague, Nathan Slaughter. As chief investment strategist of Takeover Trader, Nathan just pinpointed a potential M&A deal that could dwarf them all. Want to get in on Nathan’s next big trade? Click here for details.