When I was attending high school during the Nixon/Ford era, government drug officials would regularly visit my school to deliver lectures about the evils of cannabis. Smoking pot would make you prone to crime, diminish your IQ, ruin your health, and turn you into a listless couch potato.

These days, an official trying to deliver that sort of lecture to high school kids would get laughed out of the building.

Consider the following: In a podcast interview August 26, National Institute on Drug Abuse (NIDA) Director Nora Volkow acknowledged that looser marijuana laws have not resulted in a higher incidence of pot use (and related dissolution) among the nation’s youth.

It has long been the contention of pot prohibitionists and many federal drug policymakers that removing strictures against marijuana would turn American kids into slackers and stoners. That argument continues to lose credibility.

In a Q&A hosted by a longtime advocate of less punitive drug laws, Volkow discussed a broad range of drug policy issues. Her remarks put another nail in the coffin in the War on Drugs.

Volkow especially focused on marijuana and admitted she was wrong in assuming that marijuana legalization would result if a surge of pot use among teenagers. She stated: “I was expecting the use of marijuana among adolescents would go up” [when states moved to legalize cannabis] “but overall, it hasn’t.”

A federal government report, released in May 2021, provides empirical data to support Volkow’s change of attitude.

The U.S. Department of Education’s National Center for Education Statistics analyzed surveys of high school students from 2009 to 2019 and concluded that there’s been “no measurable difference” in the percentage of those in grades 9-12 who reported consuming cannabis at least once in the previous 30 days (see chart). 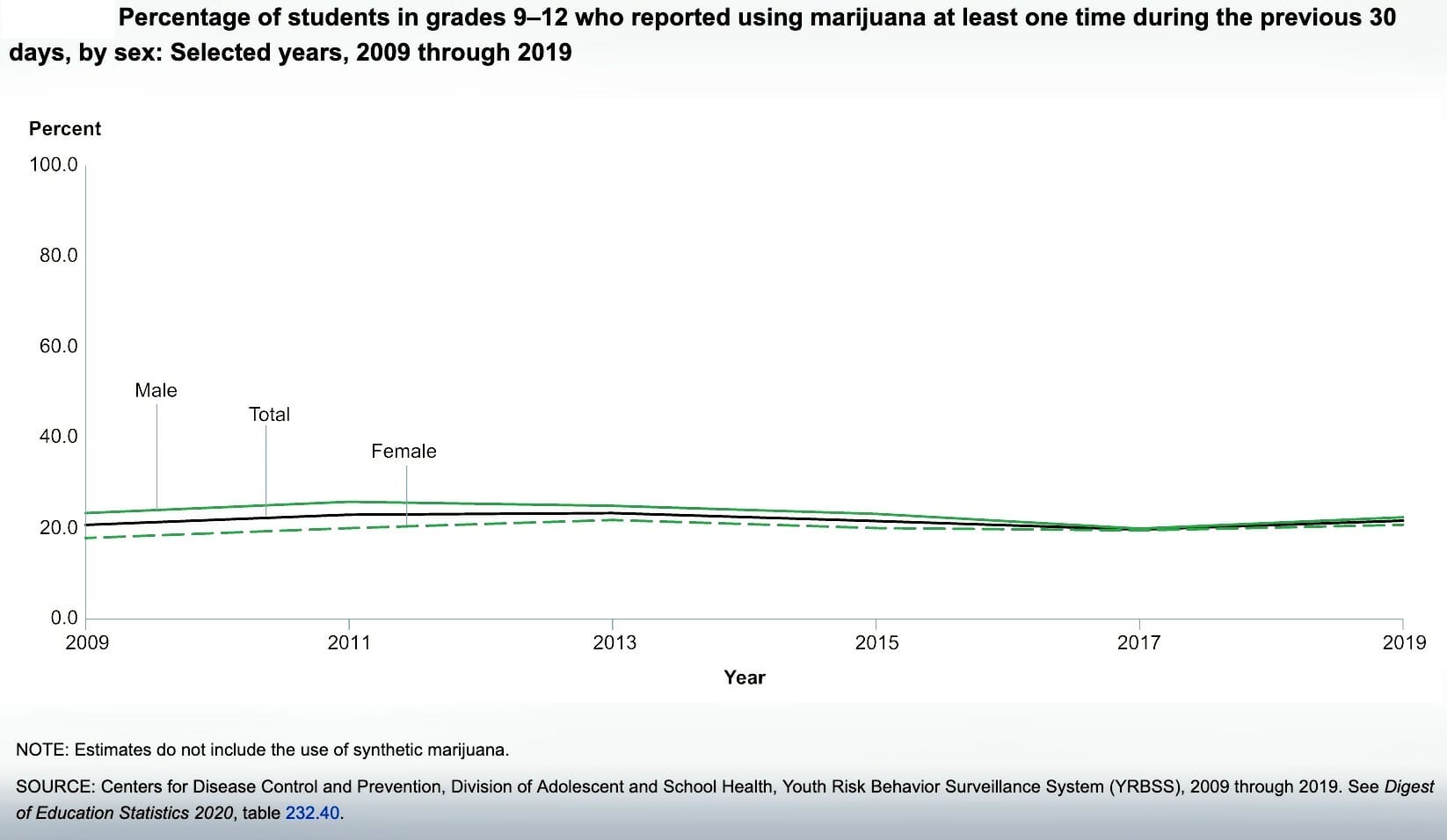 As the nation’s top federal drug official. Volkow’s words carry special weight and provide a window in the Biden administration’s thinking on marijuana. Several bills to lift federal restrictions on marijuana are pending in Congress.

Earlier this year, the swift passage of at least a few of these marijuana bills seemed assured, but the worsening of partisan rancor in Congress and the imperatives of geopolitical crisis have stymied them for now. The White House’s emphasis on getting its $1.2 trillion infrastructure package through Congress in September is another distraction to the advancement of marijuana bills in the House and Senate.

The War on Drugs, launched by President Richard Nixon in June 1971, resulted in an incessant propaganda campaign against not just hard drugs but also marijuana.

In addition to being political antagonists of the Nixon regime, many of the people within these groups had one thing in common: casual marijuana use. Pot was the shared space in the Venn diagram.

The War on Drugs became an ingenious excuse to arrest Nixon’s critics. It also provided a way to denigrate them as moral reprobates, night after night, on the evening news. Opponents of the Vietnam War, for example, often found themselves doing the perp walk on television, in handcuffs, for marijuana possession.

Now, 50 years later, the establishment itself is unraveling Nixon’s drug war. Top leaders in both parties are condemning the war as a failure and a fraud, as evidenced by this recent tweet posted by U.S. Senate Majority Leader Chuck Schumer (D-NY): 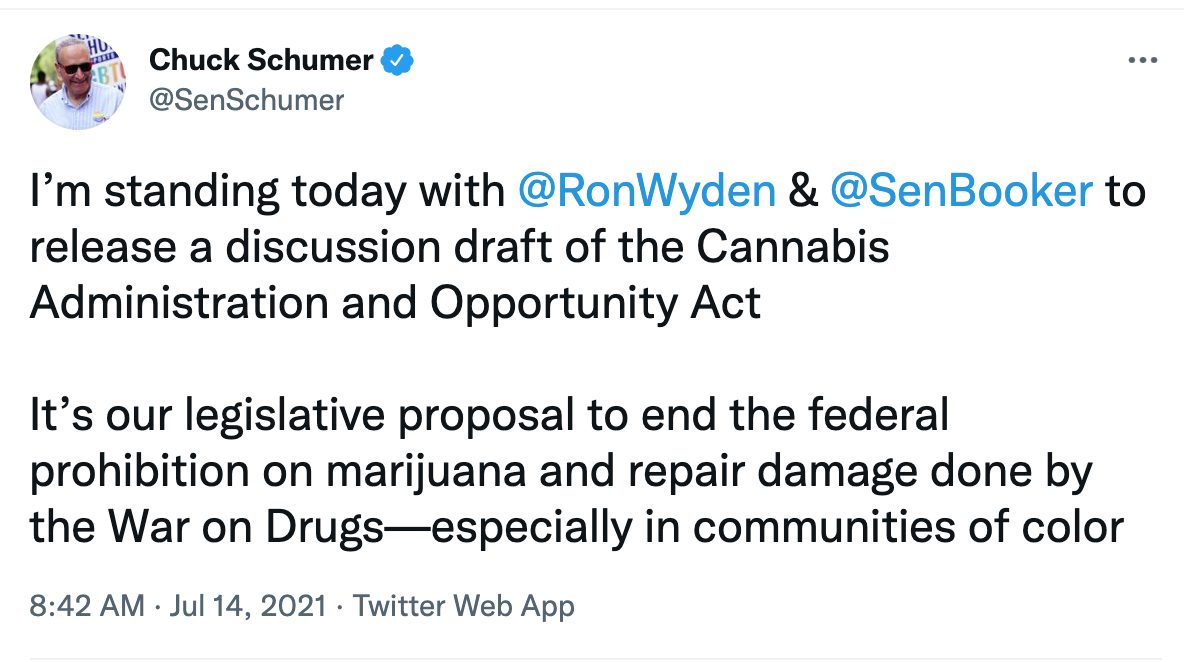 Nora Volkow has a unique ability to put government drug policy into broad multi-year context. She has headed the NIDA, which funds a majority of the world’s research in the area, since the early years of George W. Bush’s administration.

In her podcast interview last week, Volkow went on to say: “Hopefully science will serve to change policies and reduce the stigma [around addiction] and basically change the notion of criminalizing people to that of treating and helping people and preventing them from relapsing.”

The trend is clear: marijuana is becoming a commonplace consumer product. Looking to make money from the marijuana bonanza? Applying rigorous criteria, our stock-picking experts have unearthed hidden gems in canna-business that most investors don’t even know about. Click here for our marijuana report.