Making Money in REITS Amid the Fed’s Tapering

Well, it’s official. The Federal Reserve this month will start its highly advertised tapering campaign by reducing its bond purchases to the tune of $15 billion per month ($10 billion in Treasury bonds and $5 billion in mortgage-backed securities).

And while for the most part, the stock market has taken the taper in stride, if you’re a potential real estate investment trust (REIT) investor, you’ve got some thinking to do before ponying up your cash, either in an initial trade or when adding to existing positions.

Why Does Tapering Matter?

Certainly, before deciding on a REIT investment, a bit of review makes sense.

When the economy crashed in March 2020, due to COVID, the Fed put hundreds of billions of dollars into the banking system via bond purchases by a process known as quantitative easing (QE), and has continued to do so with $120 billion worth of bond purchases per month.

QE is the creation of fiat money, which is money without any backing other than the legal tender promise by the government. This money is put into circulation when the Fed buys bonds from banks and related institutions. The idea is to inject money into banks in hopes that they lend it to businesses and individuals to keep the economy from collapsing.

The reality though is that banks put a lot of that money into buying stocks, especially their own shares, which is why we’ve had such a huge stock market rally since the March 2020 bottom.

Read This Story: The Taper Arrives (Without The Tantrum)

And as you’re probably figuring out by now, tapering may have a negative effect on the stock market as the Fed pulls (for want of a better phrase) it’s “play money” from the banking system.

It’s not precise, but it’s helpful to think of a REIT as both a bond and a stock in one single package. That’s because REITs trade like stocks but also provide reliable and often generous dividends, like a bond.

Under normal circumstances, REITs are interest rate sensitive, which means that even the slightest hint of higher interest rates, such as what tapering could lead to, would be a reason to sell these instruments.

But what we’re seeing is the opposite with steady performance in the sector materializing after the Fed’s announcement. 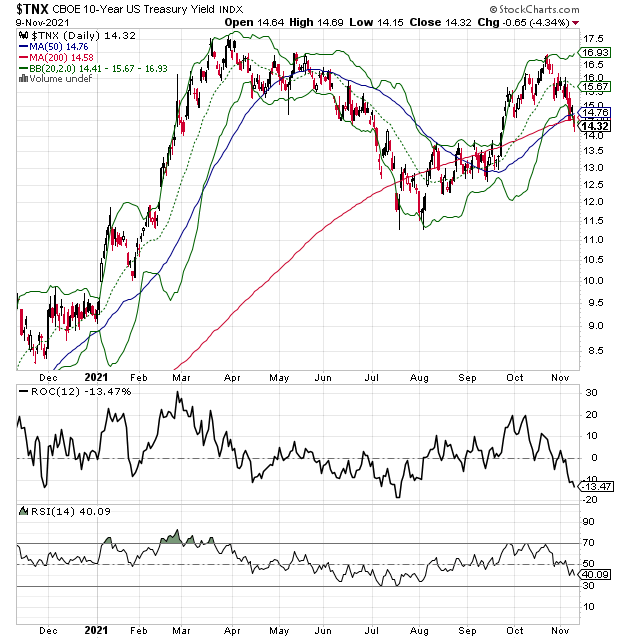 Okay, you may be confused. But here’s what’s happening:

Taking their cues from falling bond yields, REITs are holding up quite nicely. We can see that in the price chart for the iShares U.S. Real Estate ETF (IYR), which is close to a breakout.

To Buy or Not to Buy?

Of course, the $64 billion dollar question is always whether to buy or not to buy. And in this case, it makes sense to sort through the factors involved in the REIT sector.

First, REITs are usually fueled by rental income. And to generate rental income, the properties owned by a REIT need to have tenants.

Equally important, however, is that a major reason to own shares in REITs is to collect dividends, which in many cases are attractive and often beat what a Treasury bond may be paying. 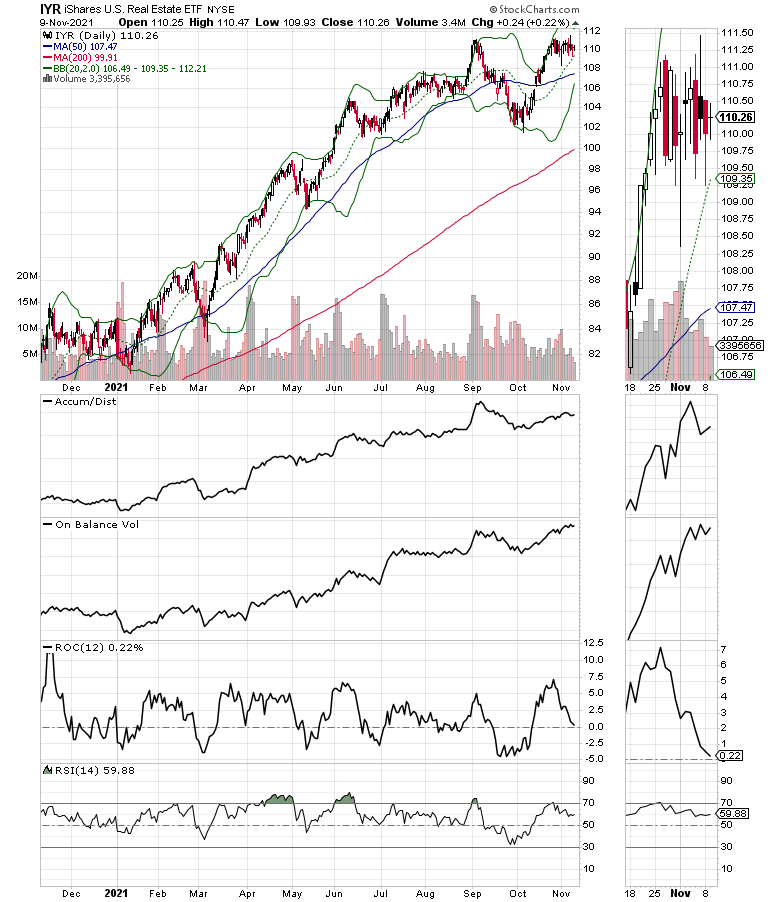 Unfortunately, for potential investors in IYR, the recent dividend yield – 1.69% – is only moderately attractive when compared to a U.S. Ten Year note which is yielding somewhere around 1.5%, especially when the traditional safety factor favors government bonds.

That’s because if the Fed’s tapering slows the economy and becomes a negative for the stock market, REITs could fall along with the rest of the market, and even though yields may rise there is the potential for the loss of principle.

The most likely reason that investors aren’t jumping into REITs is not so much what the Fed is doing, but a healthy fear of what the tapering may do to the economy and by default to the demand for rental properties, the income producer for a REIT.

In other words, what the IYR price chart is telling us is that there are enough investors who are interested in attractive yields and the potential for capital gains offered by REITs to keep the price from falling. But at the same time, there aren’t enough investors who are willing to take a chance on the ETF to drive the price through the price resistance near $111 to deliver a breakout.

This is one of those times when investors who own REITs are in a better position than those who are looking to buy into the sector. That’s because those with positions in these securities have had a good run over the last few months as measured by both paper gains and dividends.

If you’re looking to own REITs, it may make sense to wait until there is more evidence of which way the buyers and the sellers in this sector act and how the price action shakes out.

Finally, if Treasury bond yields resume their climb, it could be a big negative for REITs.

But maybe you’re looking for an investment method that works regardless of the vagaries of monetary policy and interest rates. That’s where my colleague Jim Fink comes in.

As chief investment strategist of our premium trading service Velocity Trader, Jim Fink has devised a methodology that makes money in up or down markets, in good times or bad.

Jim will soon take part in a special event that will show ordinary investors how to make massive investment gains within the next 12 months. Reserve your spot by clicking here.