Robotics: Is The Bloom Off The Rose?

A market correction can be useful, by revealing important facts about key industries and sectors. The current correction’s negative effects on the technology sector suggest that it could be make or break time for stocks in the robotics sector.

Read This Story: Dawn of the Age of the Robots

In fact, robot labor is so cheap now, even small businesses can afford it. Main Street employers such as restaurants and retailers are getting in on the robotics trend, due to the ability of mechanical workers to cut costs to the tune of 50% compared to what it would cost to have a human do the same work for the minimum wage of $15.

All of which begs the question: if the future is so bright for robotics, why are robotic companies getting clocked extra hard as the stock market corrects?

As usual the answer is complex, with multiple dynamic components.

On one side are expectations and data which suggest that robots, in the form of industrial automation, are not just here to stay but will increase their presence in the future. 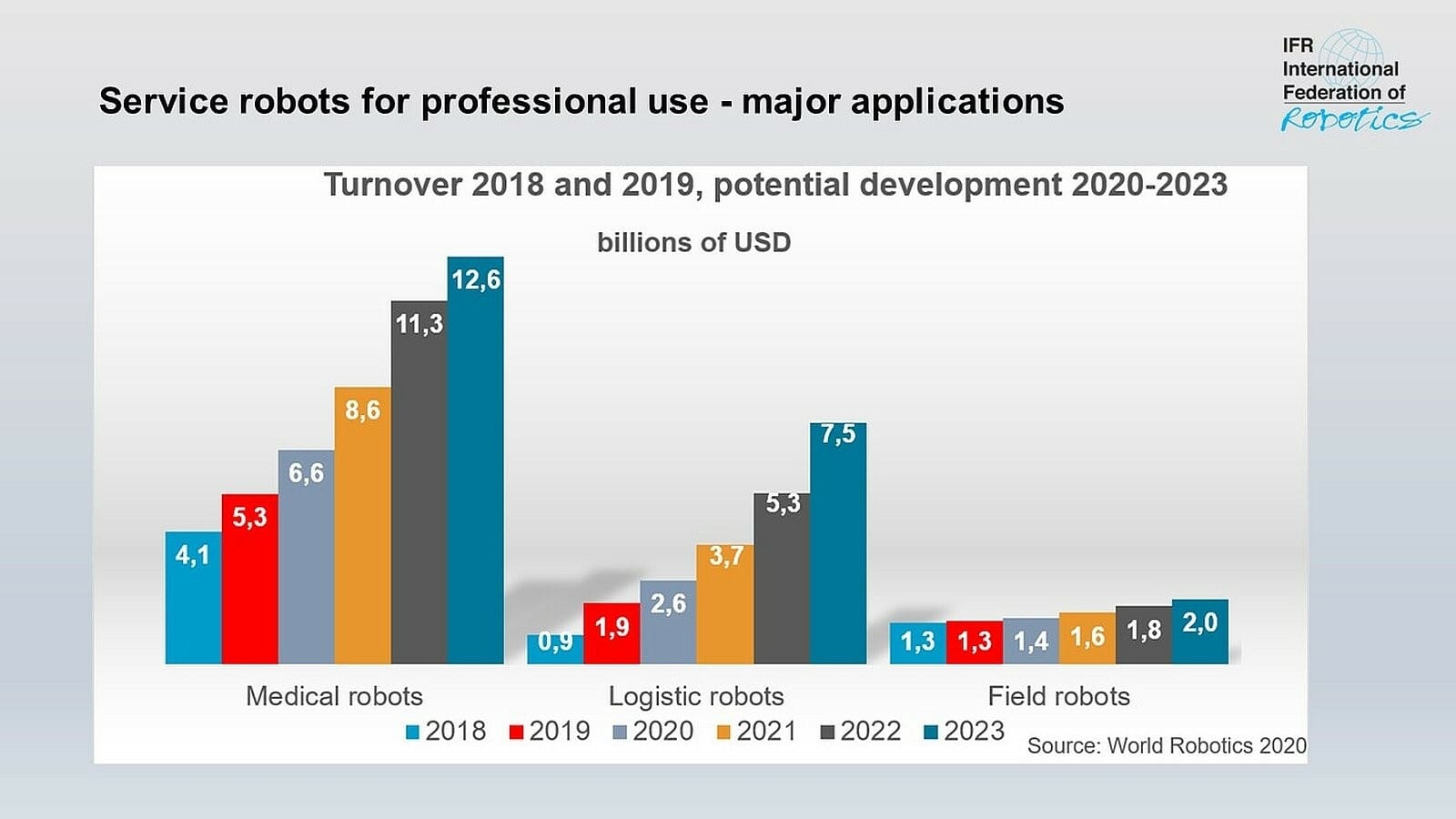 The graphic above illustrates the expectations for an increased prevalence of automation in crucial areas of industry. Moreover, a recent study from the Federal Reserve Bank in St. Louis concluded the following:

From this point of view, the take home message is that robots are exerting increasingly significant structural impacts on the global economy.

On the other side is what the stock market seems to be saying.

The Stock Market Is Not in Agreement at the Moment

The fact is that the recent performance of the robotics sector in the stock market suggests that aside from the external market influences, there may be more to this decline. 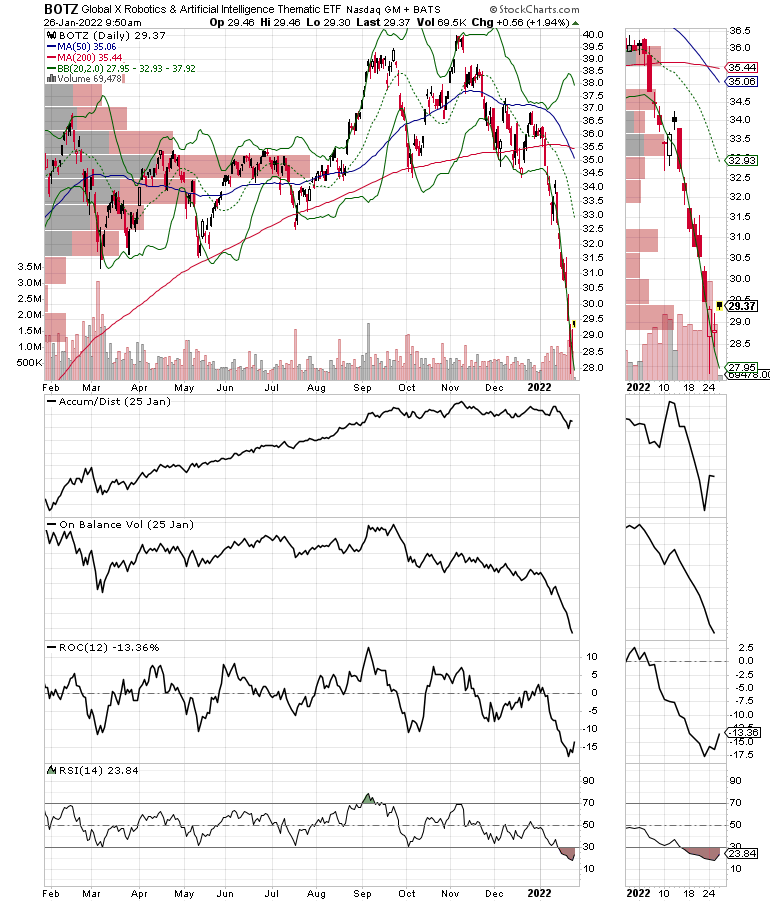 It doesn’t take a master technical analyst to see that BOTZ is not being spared from the market’s wrath.

Moreover, the selling in BOTZ has been relentless, confirmed by technical indicators such Accumulation Distribution Indicator (ADI) and On Balance Volume (OBV).

In addition, and this is important, the fact that the ADI line is heading lower suggests an aggressive presence by short sellers.

Sherlock Holmes said that when the impossible was excluded, whatever is left is the truth, no matter how improbable. Applying this simple adage to the robotics sector, we can certainly say that secular expectations and data are well out of sync with investor expectations at the moment.

If this weren’t true, then investors would be holding on to robot stocks even as the market fell. We might even be seeing some buying on the dips.

But instead, we see aggressive selling, and a heavy presence by short sellers.

Moreover, BOTZ could be caught in the general market turmoil caused by the Fed’s threats to raise interest rates.

But there may be more to it, and investors should consider the plausibility that robots are starting to get so inexpensive that profit margins for those companies who are involved in their design and manufacturing may be in for a profit squeeze.

Aggressive selling in the robotics sector is certainly a cause for concern.

Certainly, robotic stocks are not alone as few companies in the tech sector are being spared in the current market.

Yet, when sectors with positive stories get sold as aggressively as sectors which are clearly not in good positions, it often marks an important turning point.

Of course, history shows that when selling is fear related, it is often a prelude to what could be a historic buying opportunity.

In other words, this aggressive selling in companies like NVDA and ISRG as well as other technology and robotics stocks may be one of those occasions, which means that instead of walking away from this sector this is a great time to keep it in our sights.

And if that’s the case, we may be able to scoop these companies up on the cheap at some point.

On the other hand, robotics could well be headed to that familiar area of the technology trash bin, such as refrigerators, televisions, and PCs.

In other words, they are really cool, and we really can’t do without them. But since everyone’s got one and profit margins are thin, the world moves along.

It’s one or the other. And I suspect we’ll know soon enough.

Editor’s Note: Joe Duarte is chief investment strategist of the premium trading service, Profit Catalyst Alert. In a symposium conducted with other top investment analysts, he revealed his number one profit catalyst trade for 2022. To learn more, click here now.