A Financial Gold Mine Hiding in Plain Sight

The stock market’s recent plunge has some investors wondering if the days of big stock market returns are over. That is an understandable emotional reaction to what has been a brutal year for many shareholders.

At the start of last week, the tech-heavy NASDAQ Composite Index fell more than 4% in a single day. By the end of that day, the index had lost a quarter of its value so far this year.

It is difficult to maintain a long-term perspective when there is so much blood in the streets. Every instinct in your body is telling you to run for the exits and don’t look back.

However, logic tells us that we’ve been through these types of dips before and this one isn’t the first or the last. Even the best-performing stocks go through major ups and downs. And as I am about to show you, you don’t have to be a stock market savant to figure out who they are.

While on Facebook last week, this random question popped up: “You wake up… it’s 1975… What’s the first thing you are doing?” Some people said they would hug their parents while others vowed to put their younger years to better use. 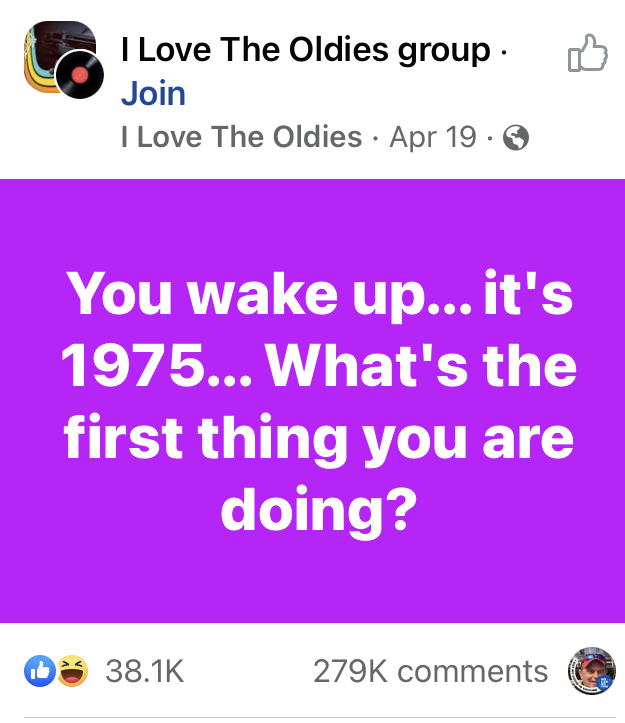 Those are laudable sentiments, but that’s not the first thing that came to my mind. I immediately wondered what stocks I could have bought back then that would have made me a very wealthy man by now. Granted, I was only 16 years old at the time and had no money to invest but I still wanted to know.

It can’t be Apple (NSDQ: AAPL), Tesla (NSDQ: TSLA), or Alphabet (NSDQ: GOOGL) since none of those companies had come into existence that long ago. The closest is Apple, which was founded in 1976 but did not begin trading publicly until 1980.

That being the case, I wouldn’t have had any of those future millionaire-making stocks to choose from in 1975. Instead, I would have to look outside of the tech sector for my big moneymakers. Turns out, the answer was staring me in the face all along.

One stock I could have bought back then is oil supermajor Chevron (NYSE: CVX). After adjusting for dividends and stock splits, CVX was trading below $3 in 1975. A few weeks ago, it broke above $170 for a gain of 5567%.

That’s pretty good, but soft drink marketer The Coco-Cola Company (NYSE: KO) has done even better. After buying it for a dividend/split-adjusted price of 50 cents in 1975, I could have sold it for $66 a few weeks ago for a 13,100% profit. 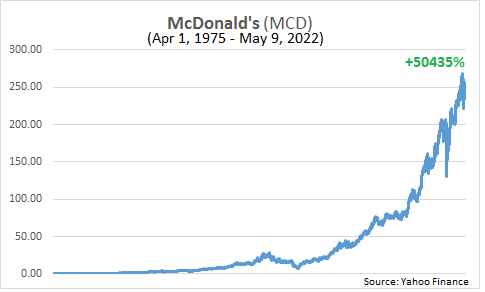 However, those returns pale in comparison to what I could have made by buying shares of fast-food colossus McDonald’s (NYSE: MCD). In April of 1975, MCD could also be bought at a dividend/split-adjusted price of 50 cents. At a recent share price of $250, MCD has returned more than 50,000%.

After going through this exercise, I realized that I was a already consumer of all those products in 1975. I became old enough to drive that year and often cruised over to the local McDonald’s where I washed down my Big Macs with an ice-cold Coke after putting a few bucks worth of gas in my father’s car at the Chevron station down the street.

It never occurred to my teenage mind that I was sitting in the middle of a financial gold mine. I was too young to appreciate free-market capitalism and too short-sighted to have done anything about it at the time, even if I had money to invest.

However, my colleague Robert Rapier was an investor during his high school years. He delivered newspapers, bagged groceries, and washed trucks to earn enough money to buy stocks. Unlike me, Robert innately understood the power of compounding growth over the long haul.

Now, he is putting all of that experience to work for you in his newest advisory service, Rapier’s Income Accelerator.

Up, down, sideways… even in the face of rising interest rates… tech selloffs…overseas war…and anything else Mr. Market throws at you, Robert’s trades are income-generating machines. Click here now for details.